I am pleased that President Barack Obama urged Congress to focus on comprehensive immigration reform now that the Republican-manufactured crisis has been averted and the government has reopened. I agree with the President that the #TimeIsNow to vote on a bill to fix our broken immigration system. Since the very first Immigrants Rights March in Washington, D.C., in 1996, I have been fighting hard to overhaul our miserably outdated immigration policies, which have not been significantly revised since 1965. With that spirit in mind, I was proud to be one of the eight civilly "disobedient" Congressmembers in the back of a police van after being arrested during the March for Dignity and Respect -- to raise hell about the need for immediate action.

Some may call it a publicity stunt. Some may call it a political theater. For whatever reason some may think I stood out there with thousands of clergy and advocates calling for immigration reform, the fact is that it got attention. And immigration reform is a critical issue that desperately needs it. If eight Members of Congress getting thrown in jail is what it takes to get people talking about it, then I'll gladly sit in the slammer. We cannot let ourselves forget that our nation has been built by immigrants, and the story of America began with people from another nation traveling to our shores.

This past Monday marked Columbus Day, a day to recognize Christopher Columbus's pursuit of his dream to discover new opportunities across the ocean. Since that fateful day in 1492, millions of people from every corner of the world have ventured to America in search of freedom and a better future for their children. Everyone here, other than the Native Americans, came from somewhere else -- whether by choice or force -- and has been guaranteed the right to pursue life, liberty and happiness. America was born as a nation of immigrants who have always contributed to its greatness.

Living in America means enjoying freedoms that people in many other countries cannot. Everyone deserves a shot to be free from fear of poverty, discrimination due to religion, sexual orientation, gender, age, race, or political views, as well as a chance for equal opportunity to find honest work and provide for their families. Republicans shut down our government because they have refused to work with Democrats on funding the government, providing access to adequate healthcare to millions of uninsured people, and upholding the full faith and credit of the United States. But throughout our history, we have corrected our mistakes and achieved consensus to do what is right and best for the American people. Just as they realized that holding the country hostage to their political games was harmful to American families and our economic recovery, Republicans should see that handcuffing the progress for immigration reform hurts millions of people.

Living in New York City, I am reminded by the Statue of Liberty that the United States of America has always welcomed those yearning to breathe free and seek a better life. Republicans try to keep us from providing a clear and fair pathway to citizenship for the people who are already here, working hard and paying taxes, and helping us weave a more beautiful fabric of American society. Immigrants have faced huge obstacles to achieving the American Dream, yet have persevered to overcome them. So whether it is standing tall with thousands on the National Mall or sitting inside a D.C. jail cell, I will continue fighting to pass a reform bill and help make dreams a reality. 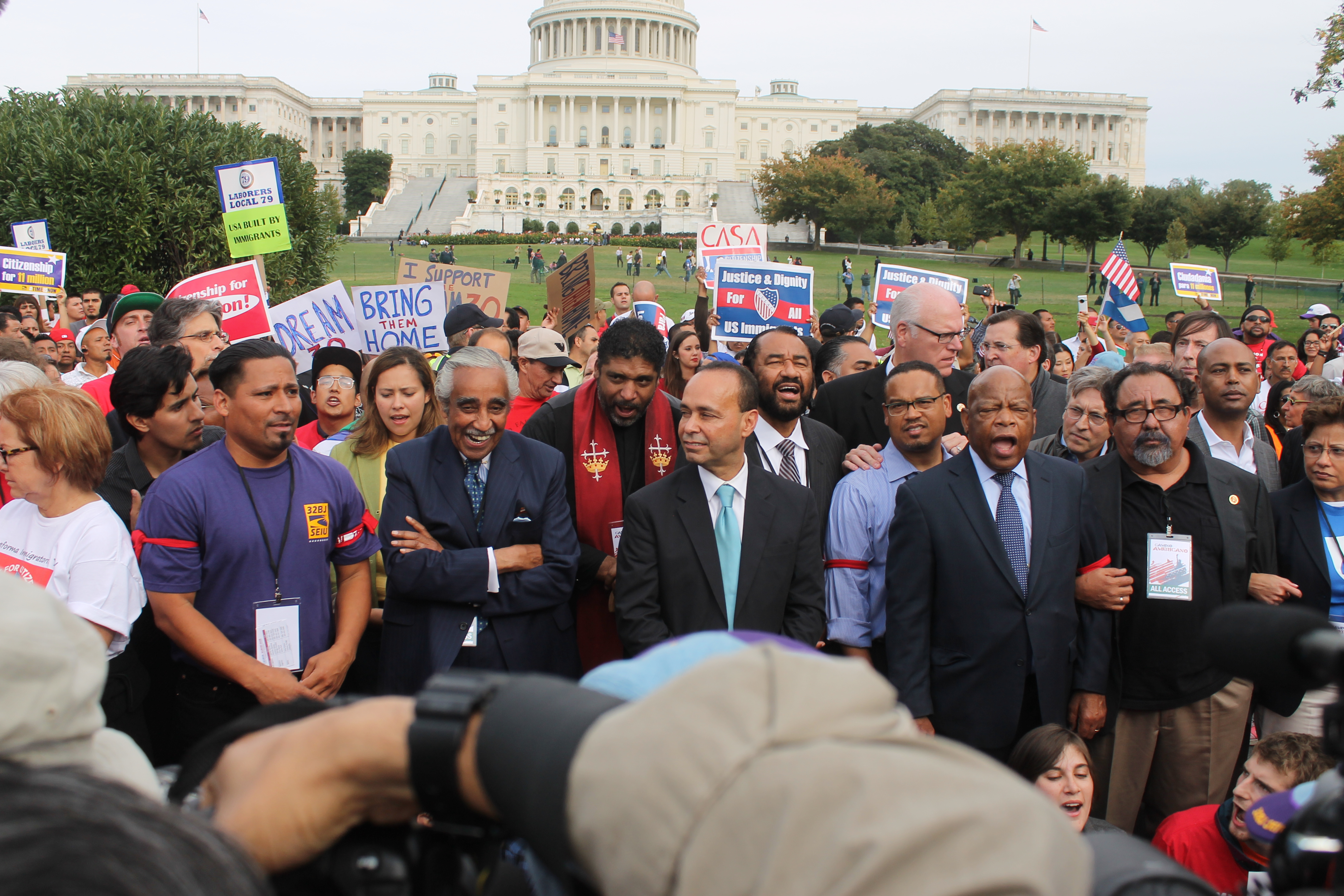 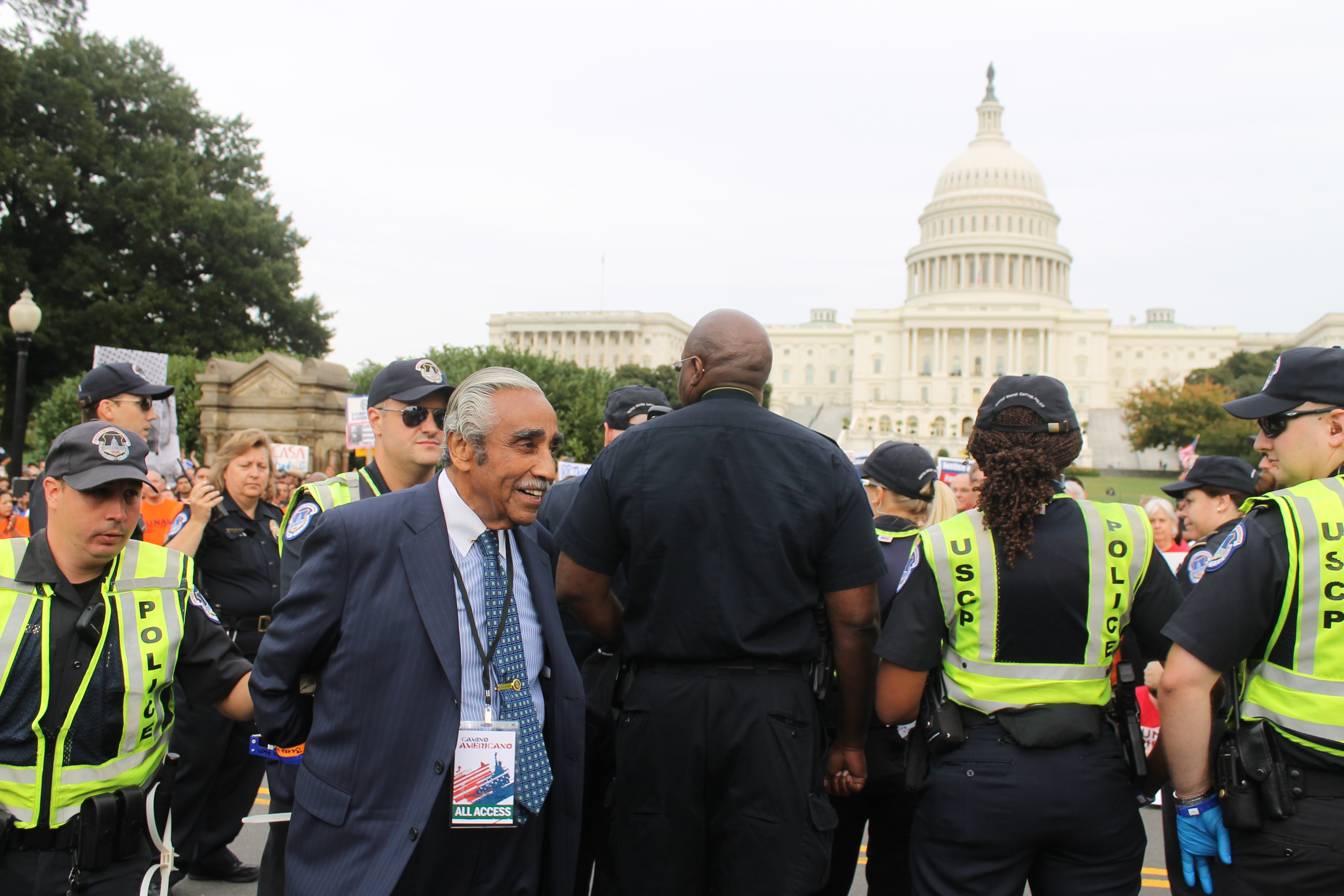