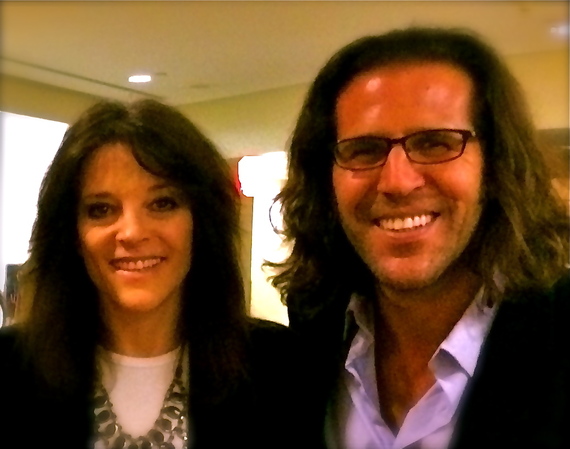 Imagine you are President of the World and receive the following offer from aliens: "Supreme Leader, a sustainable gross world product is $10 trillion a year. We would like to make you an offer: $600 trillion for the entire earth. True, we plan to extract all of its resources, destroy the topsoil, poison the oceans, turn the forests into deserts, and use it as a radioactive waste dump. But think of it - $600 trillion! You'll all be rich!" Of course you would say no, but collectively we are essentially saying yes to this offer. We are carrying out the aliens' plan to a tee. ~ Charles Eisenstein

Thinking in terms of black and white, good and evil, winners and losers, rich and poor, us and them, Republicans and Democrats, capitalism and socialism, etc. may not be the most interesting way of seeing things. As quantum physics has discovered, light is a particle AND a wave. It is only our minds and Western Civilization's current paradigm that limits us to seeing things in terms of either/or. However, this perspective, while it may have been functional and beneficial for the past few thousand years, has become constraining, like a box. It is actually THE box. And it is just such a four-walled, zero-sum game that imbues the scarcity "survival of the fittest" mentality that our civilization appears to be thankfully outgrowing.

Anyone who took a sociology class at university knows that Karl Marx's prophecies have come to fruition: workers in the capitalist system feel disenfranchised from what they produce and exploited by the wealthy corporations for whom they work. Thus, when ignoramuses hurl effigies such as "socialist" and "commie" at people such as Robert Reich and myself this only displays their own myopia. For the same crony-corruption that toppled the USSR is now toppling the United States of Amerigo Vespucci.

Is it only Marianne Williamson who is brave enough to publicly state this?

The two-party system has obviously outlived its functionality and now is actually hindering our progress as a society. Our ways of living, thinking and being are evolving at lightspeed thanks to technology, so why are we still trapped in a 240 year-old bipolar governmental box?

This is why I applaud Marianne Williamson for running as an Independent and I hope she continues to do so throughout her political career. On the one hand we have the firmly entrenched Republicans who will use any trick in the book to retain the antiquated oppressive, racist, homophobic, white, male, selfish, "eye for an eye," "survival of the fittest" hegemony that they enjoyed since discovering how to forge weapons and intimidate or kill anyone with a different Weltanschauung; on the other hand we have the well-intentioned yet ineffectual Democrats who attempt to pass forward-thinking legislation such as universal healthcare, gay marriage, etc. and are perpetually sabotaged and forced to "compromise."

The structure of our government, which was absolutely brilliant 240 years ago when it was created, is now the cause of our stagnation. We now need people in government who think outside the box. This is Marianne Williamson.

Full disclosure: I am a producer on the movie "Femme" which features Marianne, Seane Corn, Sharon Stone, Jean Houston, and many other forward-thinking women. I recently asked director Emmanuel Itier what he learned from making "Femme" and he replied, "When men are involved in politics it's all about money and power; when women are elected - and it has been proven over and over in Liberia, Germany, Chile and Argentina - they focus on education, family, health and work. Elect men and you end up with war; elect women and you end up with peace."

I have gone to see to Marianne Williamson speak in person and I have watched her videos and she gives me hope - hope that there is someone with sufficient intelligence, prescience, and moxie to envision the next paradigm beyond black and white, beyond straight and gay, beyond the haves and have-nots, beyond us and them, beyond scarcity-mentality capitalism and crony-communism, and beyond spiteful Republicans and ineffective Democrats.

Our young country is in dire need of a massive paradigm shift. Until we remove the corporations from the electoral system and the political process we will remain their unwitting slaves as they continue to cash in on mother earth and all of her resources. Marianne Williamson wants to reframe the paradigm so that the most important aspect of humanity - love - can flourish instead of the current absurd emphasis on money. This is why I will vote for her for any office for which she runs and you should too. 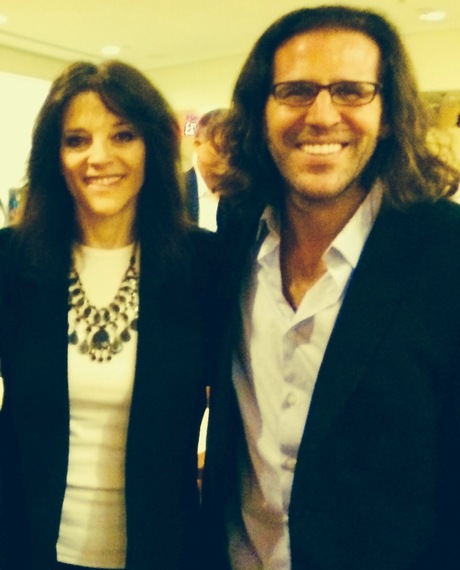