"Who are you voting for?"

The question seems so innocent, benign even if you think about it. It really only requires a one word answer, two at the max if you want to include a candidate's first and last name.

But the question isn't simple, especially not in 2016. 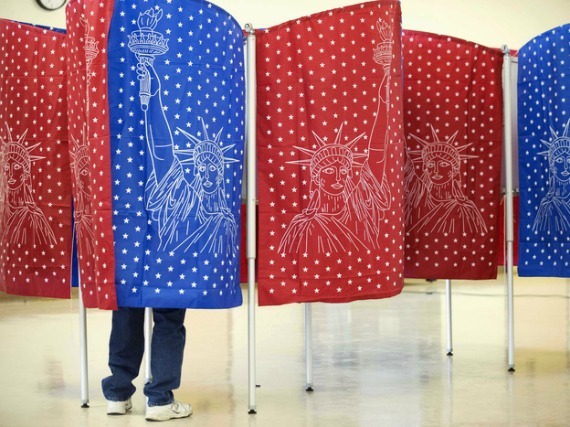 This year, America is presented with two very polarizing candidates, both of whom are deeply flawed, and swiftly arouse contentious debate. And in just three short months (or long, depending on how you think of the campaign process), we will head to the polls and cast our votes.

Only here's the thing: I already know how a lot of people are going to vote.

With the daily onslaught of social media, it's impossible not to see the great divide between the two major parties this election cycle. It seems we've worked ourselves up into a frenzy as we debate which of the two would be the better choice, or the lesser of two evils.

Once upon a time, voting was considered to be a deeply private act. Journalists didn't share their vote so as to protect their credibility and neutrality, booths were erected to ensure privacy, and states set rules and guidelines for electioneering, protecting voters from being swayed on their way into the polling place.

And then the internet came along, and all that went out the window. Anonymity, it appears, is a thing of the past.

We used to move about the world without our every moment tracked and recorded for public consumption. Our circles of influence were smaller then, but this intimacy may have offered us a better forum for discussing ideas, questions, doubts and disagreements.

There is great significance to anonymity in voting. After all, the mark of democracy is to hold one's own opinions, and to express those opinions in the voting booth without fear of retribution. Our freedom means we can hold differing opinions without being labeled, judged, or mistreated for those opinions. Private voting is a highlight of freedom.

Yes, but what about freedom of speech?

Well, of course! We're also afforded the freedom to share our thoughts and opinions publicly, and we should do that! Only, maybe not always?

It seems as though the internet has blurred the line between voting privately to protect our free speech, and shouting our vote from the roof tops (or a Facebook page) to celebrate free speech.

In a time of great disunity, I'm not sure living out every single political leaning is helpful. Some people absolutely should share their opinions. But not all people.

There are a relative few who have the unique ability to share thoughts and ideas in such a way that helps others decide logically how to vote. If you're one of those who can open up a forum of polite, grace-filled dialogue over political issues, then by all means share your thoughts!

But not everyone can handle this, and it's exhausting trying to weed through the forceful opinions.

This year, we as a nation will step into voting booths and be faced with a very difficult choice. Vote for a flawed major party candidate? Write someone in? There's a lot at stake, and people are worried.

Neither of the major party candidates comes with the ability to unify our country. Both Hillary Clinton and Donald Trump incite a different piece of the contentious puzzle that is 2016 America, so to think that one party will be more unifying than another is, I fear, misleading. No president could possibly heal the tensions dividing our nation.

The fact is, there won't be unity in this country until we the people come together. Perhaps we could start this unifying process in these months leading up to the election by offering one another the grace to make these hard decisions in private.

In a noisy world where opinions are thrown haphazardly into the vortex of free thought, maybe it's time we reigned ourselves in a bit. Because is it really worth losing friendships over which box you check on a presidential ticket?

The beauty of anonymity in voting is that I can stand in a booth next to my best friend and each of us can vote for someone different, then we can come out and go to lunch without dissension or judgement.

I don't necessarily want to know who my neighbor, my kids' teachers, my Sunday School teacher, or my favorite blogger is voting for, nor do I want them to know which box I checked.

I just want to know that we all voted, we all took part. After all, isn't that the real freedom worth celebrating?