Today is my 21st birthday, a day I have been looking forward to for quite some time now. Due to an event that happened about six months ago, I will not be taking birthday shots and getting wasted tonight. Instead, I plan on having dinner and maybe a glass of wine with my closest friends and family.

I am writing this because I didn't realize the importance of drinking responsibly until I was waking up from a coma, and I don't want anyone to go through what my family and I went through. I ask that you share this with your friends, family or anyone who may benefit from reading this. If I can help just one person by sharing my experience, then I will be absolutely ecstatic. 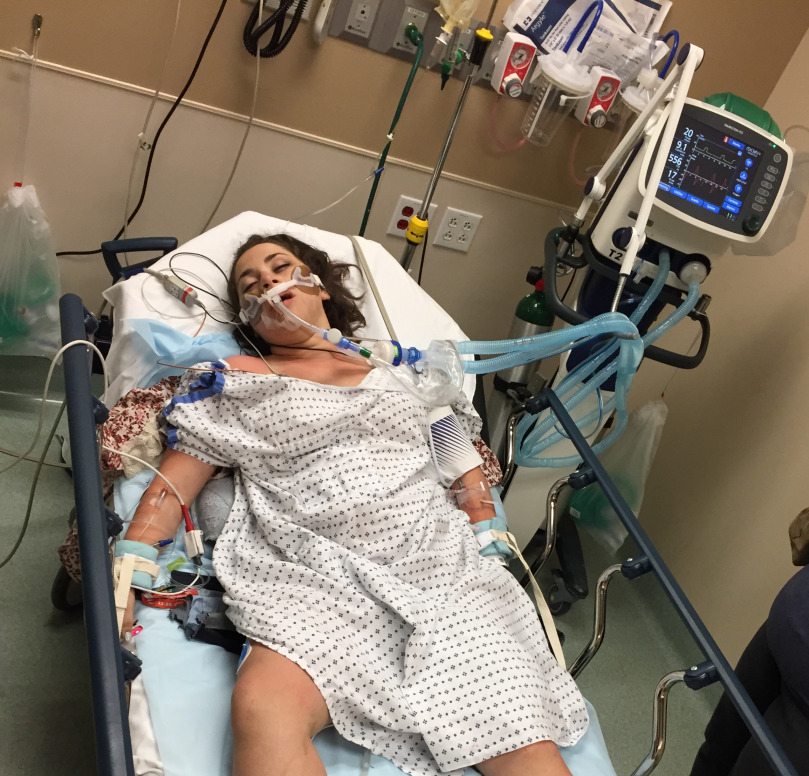 Reno, Nevada -- July 26, 2015: A photo from the emergency room an hour after I arrived at Renown hospital. At this point I was not responding to verbal or painful stimuli and the ventilator was breathing for me. I was completely unresponsive.

July 27, 2015: The first thing I remember is my mom holding my hand, telling me I was going to be okay. I felt like I was dreaming. Everything seemed foggy. I drifted in and out of consciousness for the next few hours. I was coming out of a 24-hour coma.

On the morning of July 25, 2015, I thought I was going to have a fun day with friends at the Night in the Country music festival in Yerington, Nevada. I woke up, had breakfast and started what would end up being the worst 48 hours of my life.

The first part of the day was a lot of fun. We met new people, played human foosball and had a really good time. After dinner, we went to the Joe Nichols and Jake Owen concert. At the concert, I had two beers. Many of the people I was with had been drinking throughout the day and were already feeling good. I hadn't started drinking until a little after dinner and I felt a little behind.

My problems started after the concert. I was beginning to feel a little bit of a buzz and drifted off from the people I went to the concert with. I ended up at a campsite where I found some of my other friends. I am a competitive person by nature and this group was mostly guys who (for some reason) I promised I could outdrink. Around 11:30 p.m., one of my guy friends and I were seeing who could take the longest chug from a bottle of "Black Velvet Whiskey."

July 26, 2015: Everything that happened from midnight on is information I gathered from friends because I have zero memory of anything after that. Apparently after I chugged from the bottle, I chugged a solo cup full of "Black Velvet Whiskey."

Immediately after this, I told my friends I felt fine, and about five minutes later I collapsed. I wasn't breathing. My friends picked me up and started carrying me to the medical tent. From there I was intubated and taken to Renown hospital in Reno, Nevada via care flight. Meanwhile, the police showed up at my house to tell my parents to meet me at the hospital.

I was in critical condition, suffering from acute respiratory failure and acute alcohol intoxication. My blood alcohol concentration was .41 when I arrived at the hospital, five times over the legal limit. The doctors thought I was brain dead because I was completely unresponsive. My pupils were sluggishly reactive, I had no corneal reflex and I wasn't responding to verbal or painful stimuli.

I finally woke up about 24 hours after I arrived at the hospital. I had a tube down my throat and my hands were restrained so I couldn't pull it out. I was unable to talk with the tube down my throat, making it hard to tell my parents and the nurses that it was extremely uncomfortable. I had to pass a respiratory test to prove I could breathe on my own before they removed it. I failed the first respiratory test I took, and I had to wait several hours to take another test.

When I passed the second test and the tube was taken out, the doctors and nurses told me how lucky I was to be alive. They told me that they didn't think I would make it through the night. They asked me if I was trying to kill myself by drinking so much. This question hit me the hardest.

From my hospital bed in the Intensive Care Unit, my eyes were opened to the seriousness of being irresponsible with alcohol. The next day when I was discharged from the hospital, I realized that the way I looked at alcohol would be changed forever. 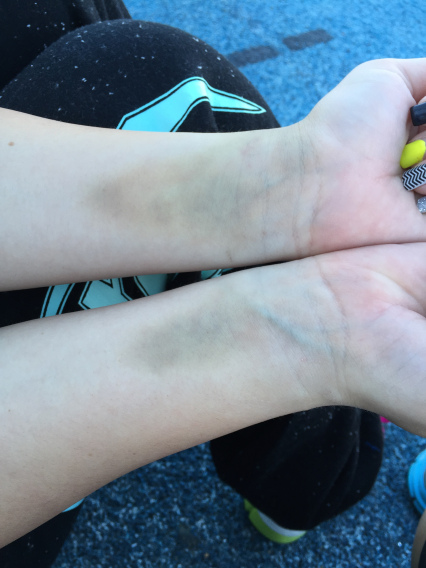 Reno, Nevada -- August 5, 2015: Bruises from blood tests during my hospital stay. This picture was taken several days after I was discharged from the hospital.

I've heard a lot of rumors about what happened to me. I heard a rumor that I overdosed on drugs (blood tests found ZERO drugs in my system). Someone even told a friend of mine that I died. I received texts from people asking me what happened without asking if I was okay.

The CDC also says, "Very high levels of alcohol in the body can shutdown critical areas of the brain that control breathing, heart rate, and body temperature, resulting in death." About six people die from alcohol poisoning each day in the U.S. I'm not asking that everyone avoid alcohol altogether because that is unreasonable, but please try to avoid binge drinking and heavy drinking because the consequences are not worth it.

This situation could have been so much worse. Fortunately for me, I had good people around when all of this took place. I could have easily been taken advantage of when I passed out. I could've been left alone to "sleep it off." I can't tell you how many times I've heard the phrase, "Let them sleep it off, they'll be fine in the morning," but I'm alive today because my friends got me help.

Don't take a chance if you see a friend passed out from drinking too much. Get them help as soon as possible. I'm very lucky to have made a full recovery, but I know there are others who won't be as lucky.

So please drink responsibly and make sure your friends do too. Watch out for friends, family, even strangers, and take care of them when you suspect they might be suffering from alcohol poisoning. Know the symptoms and be safe.