Admittedly, I'm a Beyonce lover. As a black woman who's followed her career since "No, No, No," I'm proud of her success, and feel like I was a part of her journey to superstardom.

My love for her is not the fanatic obsession members of the Bey Hive share, though. I will never spend hours tweeting anyone who criticizes her or decry how anyone who's not a fan of hers is a "hater." I figure a woman who's amassed a half-billion dollar fortune before her 35th birthday is probably unbothered by petty shots about her being overrated or about her latest fashion faux pas.

So when I read Beyonce was being dragged on Twitter over her new video -- which is actually Coldplay's video for the song "Hymn for the Weekend" featuring Beyonce -- I figured it was the usual (her weave, her singing, her styling, etc.). When I learned she was being accused of appropriating Desi culture, I was surprised to say the least. I watched the video and read the tweets criticizing her for adorning herself in traditional Desi garb. I decided I would not call Beyonce out for cultural appropriation.

When I made it clear I had no intention of addressing this, I was predictably accused of being unable to simultaneously love the artist while holding her accountable for her problematic behavior, but my refusal to confront this issue has nothing to do with being a fan and everything to do with not using my voice to champion for those who won't do the same for me.

The online South Asian community has responded with condemnation to celebrities seeking to reduce their cultural heritage to a trend. Notably, Iggy Azalea (for draping herself in a Sari for her "Bounce video) and Kylie Jenner (for uploading a photo of her wearing a bindi to Instagram) have come under fire. Surely these women should have been called out by those whose culture they laid claim to, but the uproar from the Desi community was noticeably absent any reference to either of the women's blatant appropriation of black culture.

How could one notice Iggy Azalea's garb in the video without noting the Australian-bred "rapper's" phony blaccent and use of black vernacular? Where were the tweets from those disgusted with Kylie Jenner's proud selfie in a bindi when she posted another selfie in cornrows? 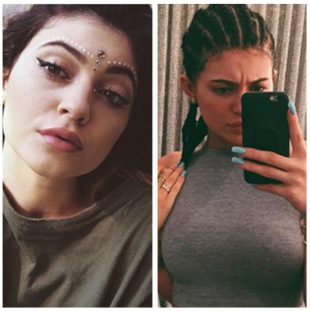 When black culture is exploited for profit, it's black people calling out these pop culture pimps. Black voices are the ones crying foul as our fashions, music, hairstyles and language are looted. Perhaps that's because the world views our traditions and inventions as a marketplace, window shopping and stealing as they see fit. After all, if the Desi people recognize Beyonce's appropriation of their culture, why do they ignore the Indian hip hop artists who borrow our art form, mannerisms and styles? 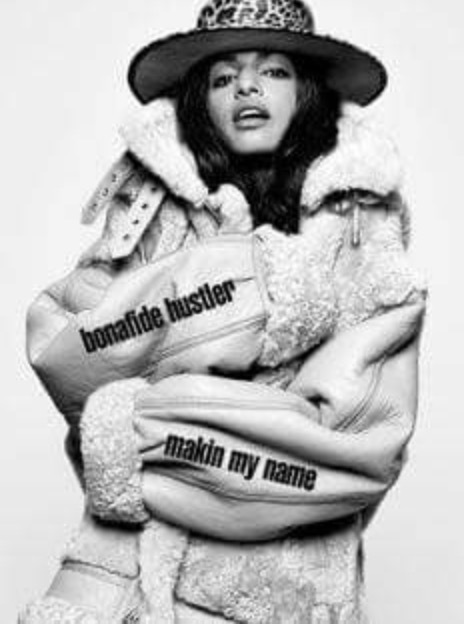 Digging even deeper, though, I realize I'm not prepared to chastise Beyonce for appropriating Desi culture because of the broad anti-black sentiment which exists within the culture. I won't lift a finger to express disappointment for a black woman misusing the culture of South Asian people as those same people continue to idolize Gandhi making no mention of his documented hatred of black Africans. I will not compose witty tweets or thoughtful statuses about how wrong Beyonce was as black people in India experience the same systemic racism and oppression that black people experience here. I will be as mum about Beyonce's actions as the Desi community was about Dinesh D'Souza referring to the President of the United States as a "boy" from the ghetto.

I'm also not prepared to pretend as if Beyonce's appropriation is reflective of a broader problem within the black community. Black people are not wearing saris and bindis as fashion. We are not emulating Desi style and exploiting it for profit. We are not looking to South Asian culture for trends. The insinuation is dishonest.

Even more, the criticism being lobbed at Beyonce, however fair, is tinged with racism. White writers now find themselves in a position to critique a black artist for cultural appropriation as if cultural appropriation is not an offense overwhelmingly committed by the white collective. They then direct the bulk if not all of the outrage at Beyonce, failing to indicate the members of Cold Play at all for their complicity. White men are conveniently spared harsh admonishments, despite their implied consent and approval of the video's content, as a black woman makes headlines for being culturally insensitive.

Quite honestly, I'm tired of unrequited morality. In a perfect world, right is right and wrong is wrong. This is not a perfect world though. And while I'm not rushing to the defense of Beyonce, I won't exert my energy to join in on dragging her either. That energy I must reserve for addressing those who routinely peruse the shelves of blackness, selecting and making off with whichever elements best suit their agenda, because as experience has taught, that's a battle black people fight virtually alone.