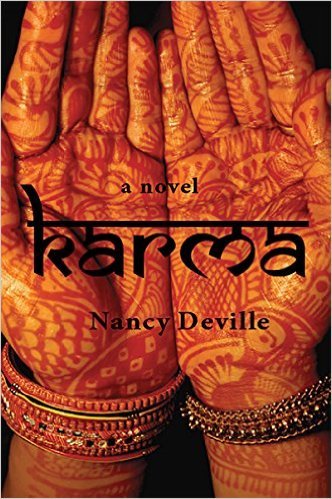 The first time I heard about sex trafficking was in 1968. I was a a babyish eighteen-year-old hippie, hitchhiking overland from Europe to India.

Traveling the way we were was not like going on a vacation. It was mostly all reconnaissance, like hunter-gatherers and other nomadic peoples operated. The majority of the day was spent getting situated for shelter, food and supplies, and locating consulates for various visas. When everything related to survival was in order, we did the requisite touring.

In Istanbul, we stopped at the Pudding Shop, what the hippies called Lale Restaurant, located across the street from the Byzantine Hippodrome, where politics met sport for five hundred years of brutal and barbaric games. There, I saw how many kids were on the road. The place was packed, smoky and rowdy. These hippies were the real thing. They were cool. Everything they wore were road-worn, threadbare, and engrained with dirt: Nepalese sheepskins, embroidered jeans, velvet jackets, flower-print waistcoats, Afghan peasant skirts, cowboy and Fry boots, hand-knit woolen sweaters, skull caps, headbands, beaded bags, 501 Levis, and knapsacks. There was lots of long hair, beards, dreadlocks, braids, and cornrows. The chicks wore nose emeralds and diamonds, glass Indian temple bracelets, blue lapis Afghan earrings and rings, and heavy metal and gemstone Nepalese jewelry.

Like us, these freaks were traveling the ancient silk road to and from India and Katmandu.

While we were waiting for a table, an American chick turned to me. She was an older woman of about twenty-three.

"Where are you going?"

"Be careful about white slavery on the road," she said. "Especially around Marseille. That's the headquarters of the slave ring."

I really didn't know what white slavery meant but it sounded like harems and being raped by old fat men wearing caftans.

"I'll be careful," I promised, though never, for one moment, was I careful. I also took the Marseille part of the warning as a reason not to be that concerned. Marseille was in the other direction. I was okay. I didn't have to worry.

Flash forward two decades to one of my many career changes. This time I wanted to be a writer. I'd never stopped thinking about the hippie chick's warning about white slavery. It was 1990, and we were just beginning to hear reports of "sex tours," perverted Western men flying to the Far East to buy children, and tragic stories of Eastern Europe girls who were looking for opportunity and ended up being trafficked.

As I plotted out my novel, Karma, I decided to make my protagonist American to eliminate a cultural divide. I wanted the reading experience to be up close and personal. Back then, many of the editors who read my drafts told me that the sex trafficking theme was unrealistic and that no one would buy into a story like that.

I was drawn into writing books in the health genre but I never stopped thinking about my novel on sex trafficking.

Today, twenty-five years after I began my novel, sex trafficking is a household term thanks to Liam Neeson and Law & Order. This ongoing crime against humanity affects between 2 to 4 million women and children across the globe--each year. Unlike the multi-billion dollar war on drugs, there are no significant efforts to combat sex trafficking, and so the industry is growing and flourishing.

There are astronomical profits to be made in selling women and children. If you take a conservative number of 2.5 million sex slaves who are forced to service 10 to 20 customers a day, that's 25 to 50,000,000 transactions a day times 365. Translate that into any currency--and the estimate is 32 billion dollars globally.

Drug traffickers have recognized that trafficking in flesh is safer for them than trafficking in drugs. Women and children are free and available for the picking, far less dangerous to transport across borders, easy to dispose of, and replaceable.

In addition to the life altering stigma of being categorized as a prostitute, sex slaves also suffer from post traumatic stress. One of the hallmark manifestations of PTSD is self blame. In many countries of the world, including India where my story takes place, sex slaves are often condemned by the misinterpretation of karma. So now you've got a triple whammy.

Karma as defined by the Bhagavad Gita, the Hindu bible, is not black and white cause and effect. Rather karma defines the goings on of the world at large. If you do something bad you'll contribute to the bad karma of the world and vice versa. (This explains why those unethical to downright evil seem to prosper.) The message in my novel Karma is that sex slaves are not to blame, as they didn't do anything to deserve their fate. I felt that was the single most significant message and the biggest hurdle to our global society finally turning around and saying we need to help the victims, not prosecute or shun them.

To this day, I still shudder thinking of the insanely dangerous circumstances I put myself as a childish eighteen-year-old. It's one reason why I feel so deeply about this subject. It could have been me.