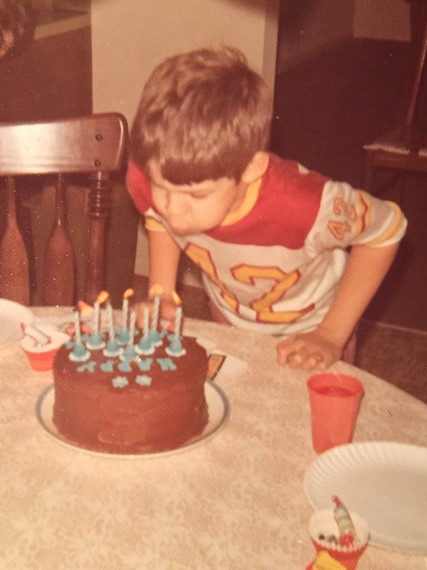 Two weeks ago I turned 50. I wondered if I would wake up suddenly wiser, or with osteoporosis, but 50 felt no different than 49 -- which is true of most milestone birthdays. Do you remember turning 10? Of course not. (Though no one made senior citizen jokes when I turned 10.) Twenty is a breeze. It's way cooler than 19. Twenty means that in 12 months you can legally buy Jose Cuervo. Thirty? Great age. You're still young, but you're also a grownup. And you can afford something better than Jose Cuervo.

Forty was the first birthday that felt ... different. For me, 40 was like peering at a distant object. You study it, you squint, it's kind of fuzzy, you can barely see it, but something is out there, waaaay out there, it's tiny, yet somehow visible, and you say --

I think it might be death. Honey, where are my binoculars -- I think I see death.

I'm not anti-death. Death, like bladder control, is one of God's more underrated creations. Not senseless death, or early death, or painful death; not the death of war, terror, cruelty, poverty, abuse, neglect, suicide, disease. The beauty of death is that everything has an end point. Everything. The Earth will die. The sun will die. The universe will go kaput. Our lives are finite -- so we should live them with gusto. Take risks! Do that thing that scares you! Learn Spanish. Learn Swahili. Learn Klingon. Try all 31 flavors at Baskin-Robbins. Don't waste time watching any show that includes the words "Real Housewives."

Death is our admission fee for the privilege of life. It gives life urgency. It makes life worth living. And yes, graying hair and creaky joints are part of that fee.

On the day I turned 50, my wife and I took a long walk through the woods with our dogs. It was drizzling. A grey morning mist grew to a sprinkle. As we passed a tiny neighborhood playground, our beagle, Wag, trotted in the mulch toward some hidden scent. I followed him, stepped on the playground's wood border, which was super slick from the rain, and -- WHAM!

I fell. Slammed into the mulch. A mulch bellyflop. A mulch sandwich. Whatever you want to call it -- mulch ado about nothing? -- it was jarring.

I stood, my foot sore, my dignity semi-intact, and brushed debris from my wet and dirty jeans. A few minutes later, we crossed a small wood bridge. I was still thinking about fall #1 when little 20-pound Wag yanked the leash, his hypersensitive nostrils detecting squirrels, and -- WHAM!

I fell AGAIN, crashing onto the bridge. This time it hurt. I lay on the slippery wood, rain pelting my face, and thought ... Is this what 50 is gonna be like?

So two weeks after the big 5-oh, I have a set of scabby knees, just like we all had when we were kids. Childhood never really ends. We fall, we bleed, we keep going. We're just better equipped to deal with life's abrasions. And that's why I would rather be 50 than five, or 15, or even 25. I feel more centered, more grounded, more resilient. I know what's important. I know who I am.

"Turning 50 is not a life-changing experience," my older sister recently told me. "It's not like losing a limb." No other birthday would invoke thoughts of severed body parts, but she's right. As for that dark, murky figure in the distance, I'm putting my binoculars away. He and I will meet at some point, but for now, and I hope it's a long now, I've got better things to see.

Ken Budd is the host of 650,000 Hours, a web series launching in 2016. He is the author of the award-winning memoir The Voluntourist and his writing credits include The New York Times, National Geographic, Smithsonian, The Washington Post, and The Chicago Tribune. This post also appears on 650,000Hours.com. 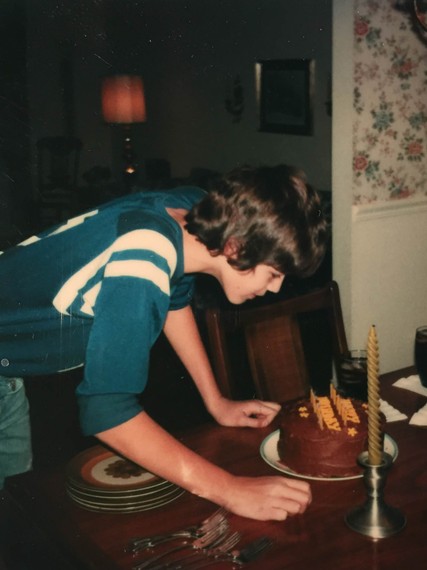