I first had a yen for a daughter at a time when I was far too young to conceive one. I carried baby dolls with names like Lucy and Amy with me everywhere, gently putting them to sleep in baskets and dresser drawers, tucking their blankets tightly around them.

As I grew too old for dolls, I began to write the names of the daughters I'd one day have in my diaries. Rebecca and Rachel... and as I grew into the tween years, complicated names like Amberleigh and Jilliannah.

As I matured and evolved, so did the names of potential daughters that I was still recording in journals, sometimes trying them with the last names of boys I liked.

My 20s passed with no husband and no kids. I stopped writing the names down as they became less of a foregone conclusion and more of a wistful dream that might never come true.

Finally, I got married and pregnant, much later than I would've ever imagined. After the home pregnancy test flashed its pink positive sign and the disbelief wore off, my immediate thought was: I wonder if it's a girl. And something inside of me answered back, "It's a boy" without hesitation.

We named him Asher and I enthusiastically launched myself into being the boy-mom I was always meant to be. After all, hadn't I always been a guy's girl? The universe had known me better than I knew myself.

Several years later, my husband and I were surprised to find out we were expecting a second child. Without warning, my daughter dreams rose over the horizon and carried me away like a tidal wave.

This one was a girl, I was sure. I would finally have my Emerson or my Merritt. Whatever her name, she would frolic in our yard and in parks and playgrounds in tutus with Converse on her feet. She'd have a sparkly pink purse looped over her arm and inside would be a tiny pretend lipstick and cell phone and some loose barrettes that had shimmied their way out of her baby fine hair. She'd skip and twirl and then eventually melt down onto the floor of our bathroom in a puddle of skirt to watch me put my makeup on before I went out at night.

When I was 13 weeks along, we went for a sonogram with our perinatologist (a doctor who watches over high risk pregnancies... and "geriatric" ones). As she began spreading the cold goo on my belly, I casually mentioned that I'd heard she could sometimes tell this early in a pregnancy whether it was a boy or a girl. She confirmed, "Yes, sometimes."

As the doctor checked and measured the baby's brain, heart and other organs, there was no more talk about boys versus girls and in my hope for news of a healthy baby, I completely forgot about our conversation.

I gasped and clapped my hand over my mouth then looked at my husband with eyes wide from shock. He smiled, turned to Asher and said, "You're gonna have a brother."

I put my face in my hands, a frustrated "Ahhhhhhh" the only sound I could mutter.

"Did I say something wrong?" said the doctor.

"Well, maybe something will fall off before the next time," she laughed.

We had another handsome son and we named him Meyer.
And our family was full.

Both kids are such blessings to me -- they're the joy of my life. I know that I've been given exactly the children I was meant to have and I love them with every fiber of my being.

There's a small part of me that will always mourn the little girl I dreamt of but never had. In my mind, she spins in the sunshine -- her dress billowing out around her while we laugh. 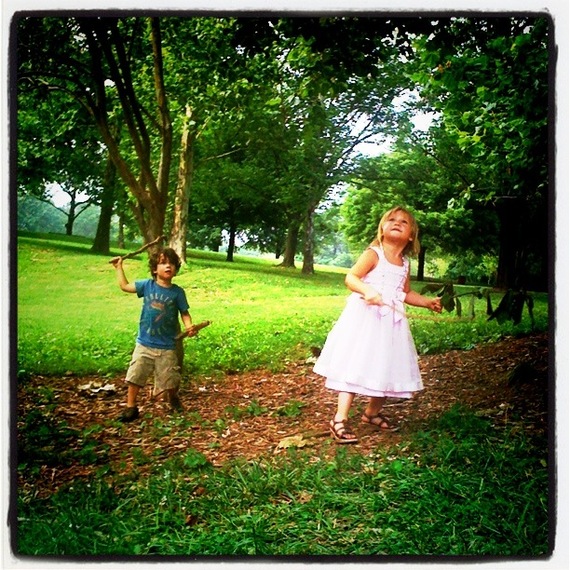 More:
sonsBabiesparents-pregnancyMotherhoodParents
Newsletter Sign Up
Raise the kind of person you'd like to know
Subscribe to our parenting newsletter.
Successfully Subscribed!
Realness delivered to your inbox