What Are Feminists, Anyway?

Growing up as a male, blond, blue(ish)-eyed Polish immigrant in Brooklyn in the 90's, I used to think that feminists were militant women who hated men. I certainly loved the women in my own life--my mother, my sister, my female friends--but I wasn't too sure about those "feminists." Were they the women who refused to shave their armpits? Maybe they banned their own daughters from playing with dolls or talking to boys like me? I had no idea because, back then, I didn't know any feminists--or so I thought.

On Realizing I Was a Feminist

Fast forward a few years: I attended an ultra-liberal New England college (go Wes!), learned a thing or two about [the theory of] sexism, read a few books on feminism, and one day it just dawned on me: I'm a feminist! 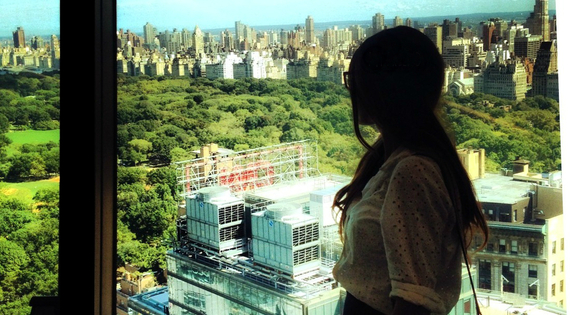 Feminism Is About Us All

Let's get real here: feminism isn't anything radical (here in the US). It's just a simple notion that all people should be treated fairly, irrespective of their gender. Of course, every person you ask will have a slightly different definition of feminism, but that's to be expected--celebrated even.

Moving forward another decade to my 30's, and here I am, a career coach who has supported countless women on their professional journeys. I didn't "save" any of these women, but based on their feedback I did empower their path toward a more fulfilling, better-paying career. Just as I've done with my male clients, but with a critical difference, which I'll get to in a moment.

Where Have All the Feminists Gone?

One thing that has often struck me is how few of my female friends and clients describe themselves as feminists. Even today, "feminist" is a word that is rarely thrown around in my circle of intelligent, progressive friends. Maybe some of these women just don't want to deal with the social stigma or eye-rolls people give when they encounter a bona fide feminist. Or perhaps my gal pals don't think they've done anything great on behalf of womenfolk to deserve the honor of being called a feminist. I don't really know, so I won't speak for those women. But I will speak about the many women I've supported over the years, whether as a friend or a career coach--and sometimes as both.

Stand Up For Yourself If No One Else Will

I have a near-even gender split between male and female clients. Unremarkable, except for the fact that even in 2016, women are still under-selling themselves in the job marketplace, much to their professional detriment. A high percentage of my female clients don't fully own their otherwise impressive list of accomplishments. They're less likely to toot their own horn both to their current boss and to prospective employers. This is visible not just on their resumes and LinkedIn profiles--it's also apparent in the almost demure way some of them talk about their experience. My job is to help them break this detrimental habit.

Even the type-A, workaholic, female clients who rise quickly within their organizations, make good money, and are as smart as a whip show signs of this phenomenon. Yes, shocking--it runs deep. To clarify, my male clients have similar challenges with self-confidence and self-promotion. But in my experience, it's more frequent and pronounced in my female clients. Based on what I've seen:

These "statistics" are taken from my own experience, so take them with a grain of salt, but I've coached dozens of clients across various experience levels, industries and geographies--domestically and abroad. Of course, I'd be delighted to learn that the gender gap doesn't happen elsewhere, but it happens more often than we realize. Sometimes the reasons are practical: a single mother cannot be expected to jeopardize her only source of income by asking an arrogant boss for a raise when she's otherwise content with her job. Usually the scenarios are much more subtle and complex, and sexism continues to run its course.

Gender Gap Is Alive And (Not) Well

Of late there have been whispers that the gender gap may be shrinking for some demographics, including recent college grads, but where is the hard data? The bigger picture for the gender pay gap remains dismal.

What Is a Feminist Career Coach To Do?

As a career strategist, I work hard to ensure that all of my clients achieve their professional goals. Being a feminist, I hold my female clients to a higher standard, because I see that sometimes they're holding themselves to a lower one. Society already celebrates manhood, and so I aim to elevate womanhood. Sometimes I have tough conversations about sexism, and I remind my female clients that they might need to work a smidgen harder to get the same results as their male counterparts (this may not shock you, but it does catch some clients off-guard). Occasionally, my clients and I perform a deep-dive into the mental blocks contributing to their self-doubt. We don't dwell in that space very long because, after all, I'm not their shrink. What matters is that the clients acknowledge their current limitations, explore viable solutions, and take action to move forward with their careers. It's a strategy that works, time and time again.

I just hope to see the day when women's earning power and career development are not circumscribed by their gender. Until then, we've all got our work cut out for us.