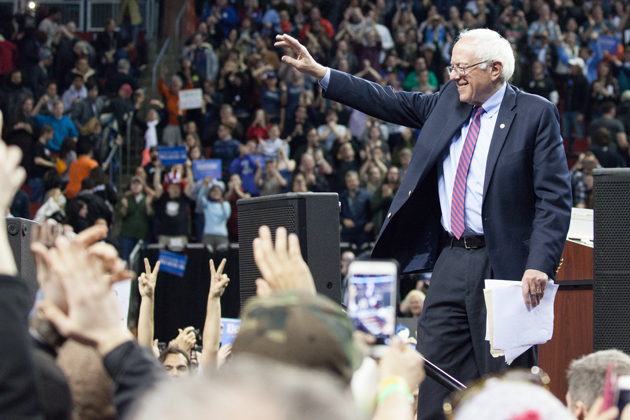 When fear becomes collective, when anger becomes collective, it's extremely dangerous. It is overwhelming... The mass media and the military-industrial complex create a prison for us, so we continue to think, see, and act in the same way... We need the courage to express ourselves even when the majority is going in the opposite direction... because a change of direction can happen only when there is a collective awakening... Therefore, it is very important to say, 'I am here!' to those who share the same kind of insight. -- Thich Nhat Hanh, Buddhist Monk, The Art of Power

I've been in deep despair these last few months about our political landscape. This quote from Thich Nhat Hanh recently elevated my spirit, and I share it with you. Because I am -- we are -- still here! Though it's clear that the die is cast and that Clinton will win -- that is, if you believe in numbers and materialism, but I don't, not completely.

I enclose here (below) several recent articles, which you need to read to understand how difficult a situation we'll be in if we continue with a harder-line version of Obama. Hillary Clinton has effectively closed the door on peace, blasting both the Palestinian peace process and the Russians in the same week. NATO is her god, the best thing the "exceptional" US has to export in this new "American Century."

But who set this policy and who controls this country? Her point of view is steeped in the traditional post-World War II, Atlanticist, NATO-domination of the universe. It's set in stone. No president it seems, no democratic vote, no dissenting media can alter this. We're going to be in border, resource, and forever wars for the next 10, 20, 100 years, until Trump (who our shadow government will never allow to exercise power) actually said in his straight way of talking, "our cities go bust." Our media has been drained and made callous by war, increasingly sensationalized by TV, looking for the next high in the next headline, the more outrageous the better. Modesty in American politics is dead -- it's better to be sensational.

Ironically, as they call Trump unelectable (which he is), it leaves you to think Clinton is the "new normal," in which case you've been deceived by the unnecessary dichotomy that Clinton is actually "respectable" in the same way that Eisenhower/Dulles 1950s were respectable when we went about intervening and overthrowing governments in many countries. But the difference was they at least had the brains not to get into shooting wars. To suggest that NATO should've expired in 1991 when the Soviet Union disintegrated, I suppose, isn't questionable anymore. NATO, which has expanded to 13 countries since 1991, must be supported and Clinton has been brainwashed by the neoconservatives to believe it's about "Russian aggression" when it's the United States that's ensuring the greatest build-up on the European borders of Russia since Hitler did it in World War II.

We're going to war -- either hybrid in nature to break the Russian state back to its 1990s subordination, or a hot war (which will destroy our country). Our citizens should know this, but they don't because our media is dumbed down in its "Pravda"-like support for our "respectable," highly aggressive government. We are being led, as C. Wright Mills said in the 1950s, by a government full of "crackpot realists: in the name of realism they've constructed a paranoid reality all their own." Our media has credited Hillary Clinton with wonderful foreign policy experience, unlike Trump, without really noting the results of her power-mongering. She's comparable to Bill Clinton's choice of Cold War crackpot Madeleine Albright as one of the worst Secretary of States we've had since ... Condi Rice? Albright boasted, "If we have to use force it is because we are America; we are the indispensable nation. We stand tall and we see further than other countries into the future."

Hillary's record includes supporting the barbaric "contras" against the Nicaraguan people in the 1980s, supporting the NATO bombing of the former Yugoslavia, supporting the ongoing Bush-Iraq War, the ongoing Afghan mess, and as Secretary of State the destruction of the secular state of Libya, the military coup in Honduras, and the present attempt at "regime change" in Syria. Every one of these situations has resulted in more extremism, more chaos in the world, and more danger to our country. Next will be the borders of Russia, China, and Iran. Look at the viciousness of her recent AIPAC speech (don't say you haven't been warned). Can we really bear to watch as Clinton "takes our alliance [with Israel] to the next level"? Where is our sense of proportion? Cannot the media, at the least, call her out on this extremism? The problem, I think, is this political miasma of "correctness" that dominates American thinking (i.e. Trump is extreme, therefore Hillary is not).

This is why I'm praying still for Bernie Sanders, because he's the only one willing, at least in the name of fiscal sanity, to cut back on our foreign interventions, bring the troops home, and with these trillions of dollars no longer wasted on malice, try to protect the "homeland" by actually rebuilding it and putting money into its people, schools, and infrastructure.

Albert Camus, talking about the doomed Spanish Civil War in the 1930s wrote, "Men of my generation have had Spain in our hearts. It was there that they learned ... that one can be right and yet be beaten, that force can vanquish spirit, and that there are times when courage is not rewarded." It's true the light was extinguished for generations in Spain. America was sleeping, but it finally did the right thing and went to war against Fascism. I believe Fascism is still our greatest enemy and its face is everywhere in our so-called "democracies." It was always about the moneyed interests that had the power. That is what Fascism is and that is the danger we are in now. Sanders talks about money, listen to him. He talks cogently about money and its power to distort. He's the only one who has raised his voice against the corruption in our politics. Clinton has embraced this corruption.

"A World War has Begun. Break the Silence," by John Pilger

"Sanders the 'Realist': Hillary the 'Neocon,'" by Robert Parry