I'm glad that Obama and other Democrats won, a little because the policies they implement should be a bit better than those of their opponents, more because of what the results show about the electorate. What matters most, however, is that the two-party system fools more of the people more of the time when Republicans are in power and Democrats can pose as the progressive alternative.

Before elaborating, I do need to say something about how much of a difference there would have been between Romney and Obama Administrations.

The Differences Between the Candidates

Most Democrats disappoint their liberal and progressive base; Republicans — at least at the presidential level — tend to disappoint the more conservative parts of theirs. So my guess is that Romney's policies would be even more Wall-Street-favoring and trickle-down than those of Obama, but that he would not be as bad as he made himself out to be.

Certainly Obama will continue to disappoint. This is the man who told us in 2008 that he would step up the Afghan War and did so, who told us in his 2012 victory speech that he wants "to pass on... a nation that is defended by the strongest military on earth," who signed the National Defense Authorization Act's of grant of power to the military to imprison civilian dissenters indefinitely, who embraces as policy the ghastly war crimes inherent in the growing business of drone warfare, and who only finally acknowledged after the election that we need to "have a conversation" about what we can "realistically" do about climate change, but not at the expense of economic growth. (As Maureen Dowd wrote, "Last time, Obama lifted up the base with his message of hope and change; this time the base lifted up Obama, with the hope he will change.") 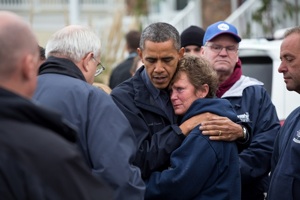 I want a president who not only says good things, but cuts back the military instead of continuing to feed the military-industrial complex and promote a foreign policy of intervention everywhere imperialistic needs require it; who puts the savings into infrastructure, education, a real social safety net, green jobs, fighting climate-change, and putting big oil, big coal, and big finance in their places; and who actually takes on the health care industry that keeps us near the bottom of developed countries in performance while we "tower" above them in costs. 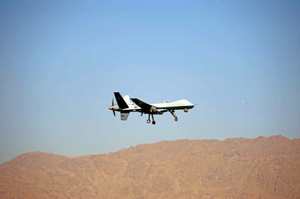 In short, I want a president that the current political system can't give us and change that a government that does not represent a huge grass-roots movement could not deliver. This is not, therefore, about Barack Obama as a person; I think he does as well as anyone who decides to work through a structure dominated by the corporate-funded parties can. Yet I also have to acknowledge African-American commentator Glen Ford's argument that, since 2008, Obama has done more harm than John McCain would have, because he neutralized the left in a way that McCain never could. And that leads to my main point.

Republicans Divert Us From the Systemic Problem

There is hope for us, for a society we can be proud of, even, but only if we get beyond the teeter-totter of the two-party system. Some (e.g., Van Jones, MoveOn.org) now call on "our leaders" to remember who voted and to serve the interests of the electorate. With far more clarity, others (Michael Moore, Medea Benjamin) say that, after the Obama victory, we need an ongoing movement to put pressure on this government to give us what we need. If we want to slow the race to crisis and collapse, this is true.

But what we really need is a broad-based, gradually-expanding movement towards a peaceful revolution. In contrast, the vision of constantly trying to mobilize ourselves and others to fight rear-guard actions against government for the 1 percent is singularly uninspiring. And it is not a strategy that can save us, much less bring us what we want. I've begun writing about how an effective alternative to the power of the dominant parties can be built. It's a topic that, thankfully, will receive more attention under an Obama administration than it would under Romney.

When Reagans and Bushes and Romneys are in power, the illusion that we can move forward by ousting them is attractive and potent. That illusion is supported by our own hopes, Republicans' more candid embrace of an explicit trickle-down theory, the cultural paradigm of the supposedly immutable and superior two-party system, and the way the conventional media broadcast one party's attacks on the other without reporting what the attackers themselves do when in power. But putting our energy into electing Democrats is a colossal distraction from the real work of building a movement that sidelines them, and the distraction is more compelling when Republicans hold sway.

So if Romney had been elected, and the next four years brought what they would have brought, we would think, "If only it had been Obama, if only we'd taken more seriously Michael Moore's urging us to work with those ready to sit the election out... we would have less war, less favoritism for the rich in every sphere of policy, less neglect of the home front, fewer drone strikes and other killings of civilians overseas, finally closing Guantanamo and its lesser-known sisters, real action on global warming," etc. We would have focused on how to bring back Democrats in 2014. But when Clintons or Obamas are at the helm, people can again see that we need far better than what they can ever give us, given that their links to corporate support are not qualitatively less than those of the McCains and Romneys.

Not that the fog will clear automatically: Clinton's eight years of deregulation; abandoning unions and the poor; anti-Iraq bombing campaign, genocidal sanctions, and WMD propaganda; and trying to torpedo the Kyoto global-warming talks didn't do it for most of us. But a Democratic administration provides a better climate for us to understand what is needed for real progress.

Now we must develop that understanding, then organize to spread the word.