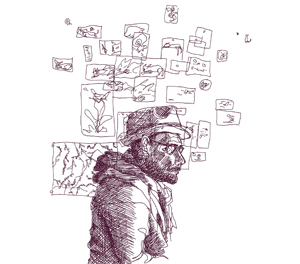 I'm bummed. I've been waiting for years to return to one of my favorite bookstores, Malaprop's, in Asheville, North Carolina. My publisher and I even have a date: June 22. Thanks to HB2, or the Public Facilities Privacy and Security Act, that's not going to happen.

An audible laugh at this point is understandable. After all, a novelist cancelling a book-tour date doesn't exactly rank up there with cancellations by the likes of Bruce Springsteen and Pearl Jam; or corporate disavowals by PayPal and Reddit.

Of course, it's not about ranking, it's about voting. And in this country, voting isn't limited to our polling place. We, the citizenry, vote constantly through the products we buy, the apps we use, the shows we watch, the books we read, and, yes, the places we visit. How we spend our money, our attention, and most of all our time counts. It shapes this nation we live in, and, if we are voting well, protects it for those who will come after us.

Arguments for this so-called bathroom law suggest that denying a transgender individual access to a peaceful place of relief protects women -- especially -- and family values -- in general. However, the evidence showing how even mirthful micturition is at risk in the presence of someone who is transgender is no more compelling than old invectives that declared integrated bathrooms would prove the ruin of white women. Even more problematic, the law is unenforceable. Bathrooms will not be equipped with chromosomal analyzers or be safeguarded by officers hired to civilly consult with your genitalia.

Sorta funny, really, until the realization sinks in that this law was actually conceived, written and passed. The Nastiness Part I is that its primary use will likely be after a criminal act has occurred. That should be troubling in itself. If the protections in place are insufficient to guard a woman anywhere from any kind of assault (no matter the gender of said perpetrator), then the state's legislature needs to be carefully re-examined for evidence of misogyny on an institutional level.

Then there's Nastiness Part II, wherein a woman or man complains that someone in their restroom is a little too manly, or not enough womanly, or too loud in their mannerisms, or even too perfect, or worst of all just a bit too strange.

How could someone like that be allowed in a place like this? goes the old refrain. It's an affront to our family values! goes another refrain. And everyone knows that song.

Do a quick experiment. It won't take more than a couple of minutes. Google "U.S. Constitution and Amendments," and while you're at it grab the Declaration of Independence too, then search the text for "family values." You won't find it. You won't even find "family."

And that's a good thing. "Family values" is really a way to access a set of primal feelings humanity is wired to have in order to conscript those laudable impulses into the service of a particular social group. In short, it's a handy code for "aristocracy," "class," "caste," "us not them."

I went to public high school in Utah and there I witnessed firsthand how the language of "family values" was leveled against me simply because I was not Mormon. To this day, my friends from that time (and I believe them) have no memory of how their belief consistently selected and denigrated those who were not like them. More troubling was how the grammar of that bias -- grammar is dull until it's lethal -- provided a lattice suitably supportive of a large array of dangerous words targeting difference. How quickly that same speech, with just a few changes, demonstrated even greater discontent and violence toward those whose sexual preferences were condemned by their church.

Over the years, and throughout my work, I have given much thought to why strangeness evokes such fear. Only recently have I begun to begrudgingly accept that it is part of our primitive genetics, this privilege we instinctively grant to species, to tribes, to the stupid-seeing that gives stupid-thinking the right to declare and act upon no more evidence than a color.

Moreover, I believe this is something the founders of this country understood: individual rights need to be protected at all costs because we are not made for freedom. Our instincts consistently bend us to growl at the unusual. We feel safest in the cage of the familiar.

Yet it's when we come to the defense of strangers and stranger values that we show ourselves in concert with the calling and challenge that is freedom.

How shocking to many can be the fluidity of sexual preference. Even more terrifying is the lability of gender. Yet there is nothing more American -- not to mention nothing more beneficial to this country -- than those who stand up for their differences, who become the better future their limiting past tried to prohibit, who provoke a vision of new possibilities in the face of inane and often brutal opposition.

It may amount to no more than one vote, but despite my longing to return to the place where my great-great-grandfather lived most of his life, I must join the growing numbers -- which no doubt will include many of those who would have shown up at my reading at Malaprop's -- in support of North Carolina repealing a law that is ill-intentioned, ill-wrought and a disservice to the greater causes of tolerance and kindness.

Author of House of Leaves, Only Revolutions and The Familiar