There's a saying that goes: the older a person gets, the less she or he cares about life's small worries. For me, I've found that this is mostly true. Sure, the obvious things still terrify me like being trampled to death while reaching for a sample in Costco or being ravaged by horrible bees at gay pride, too drunk to escape their stings. Everyone has these fears.

Another thing I've stopped worrying about as I get older, is that I'm not worried anymore about getting older. I still take the typical precautions such as working out frequently and rubbing stem cell cream I've illegally acquired from South Korea on my smile lines. 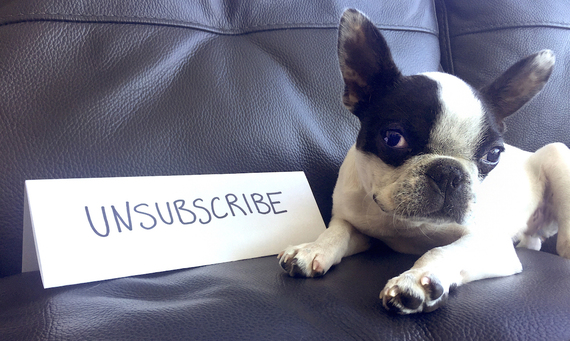 I have gray hairs that began to sprout years ago along with a couple of stray hairs on my shoulders and back. Five years ago, I would have nearly died seeing these, but I've since stopped caring. In fact, I think that my boyfriend's salt and pepper hair is sexy, so maybe mine will be, too.

Unfortunately, almost every time I go out in the gayborhood, I experience some form of ageism. Most of it is self-deprecating, like a white-haired man in an Abercrombie polo shirt telling me how tens of thousands of years ago -- when he claims that he was born -- people didn't have cellphones. I smile and explain that I, too, recall those days. Wide-eyed, he immediately asks, "Wait, how old are you?"

On the contrary, I have younger friends who called me an "Old Queen" the moment I turned 30. My Facebook feed filled with posts about my expiration date and the stench of my old man body wreaking havoc on Fifth Avenue.

I took these comments in stride that day, as age shouldn't matter -- because it doesn't. I've met imbeciles both youthful and aged and wonderful friends 30-plus years my senior. However, I feel as though today's culture magnifies our expectations of age. Madonna gets ragged on for kissing men younger than her, while pop singer Lorde gets applause for being a teenager. Guys at the bar scoff when their buddy dates someone 10 years younger than him. They chastise him for "robbing the cradle" and turn cold shoulders to his new boyfriend.

I don't get it. Why are we placing any eggs in the age basket? Especially since many of us -- if we're lucky -- will live into our 80s and 90s. It's the 21st century, and the only things truly dated about us are our idealisms. It doesn't matter if we're brown, black, white, blonde, silver, brunette, gay, straight, bisexual, transgender, cisgender, intersex -- you get it. All of our clocks are ticking, and there's no amount of negative, angst-filled forum rebuffs to this post that will ever stop that.

Honestly, I'm excited about the day that I've worked enough years to retire. Why shouldn't I be? My retired mother has tons of free time to enjoy water aerobics, playing with her grandkids, and watching baby animal videos on Facebook.

If ageism continues as it is, I've decided to retire in the lovely heat of Palm Springs where I can safely unsubscribe from society's ageist pressure. There, I plan to wear denim shorts that reveal my leathery thighs, buy drinks with my government subsidies, and no one around me will give a crap about it. If the pool boy calls me an "Old Queen" as I stare at his tanned body in a tight black Speedo, I'll smile and say: "Yes, darling, I am an Old Queen and I'm wondering why you aren't kneeling."