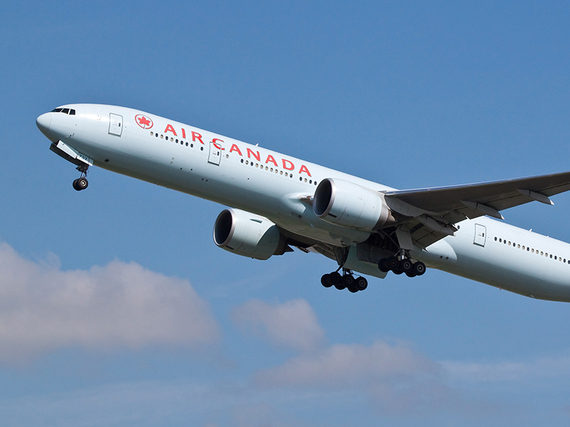 As every Canadian knows, flying within Canada can cost a small fortune. It's especially jarring when we see the insanely low prices that are available to our American neighbors on budget airlines like Spirit and Southwest. In a lot of cases, it's even cheaper to fly from Canada to foreign destinations like Hawaii or Las Vegas than it is to hop on a plane and fly to a nearby Canadian city.

The simple explanation is supply and demand. The demand for domestic Canadian flights is high, but the supply is limited due to a few interconnected reasons:

With only two major domestic airlines -- WestJet and Air Canada -- Canadians don't have a lot of options when booking domestic flights. This means airlines have less incentive to offer lower prices, as there's not much competition on domestic routes to drive down the fares.

On routes between Canada and the United States, however, Canadian airlines have to compete with the major US carriers and must offer lower airfares to keep market share. The Vancouver-to-Honolulu route, for instance, is served by five airlines all competing for market share. Vancouver to Regina, on the other hand, is only served by WestJet and Air Canada. The result is cheaper fares to Vancouver than to Regina.

Canadian airports have some of the highest landing fees in the world, and altogether airport fees can be up to 200% higher than at US airports. These high fees can be felt on the ticket prices both directly and indirectly, as they discourage Canadian airlines from competing more aggressively for domestic routes.

With more profits to be made elsewhere, Canadian airlines often look to international routes when expanding. These high fees also discourage budget airlines from entering the Canadian market. So while it seems like a no-brainer for a new airline to start serving Canadian routes with such limited existing service, the reality is a bit different.

What You Can Do About It

While you may not have the funds to start your own airline, you can make sure you never overpay for your flights again by downloading Hopper's app. It uses big data to predict which way airfare prices will move and sends travelers alerts real-time notifications to let them know when the price is at its lowest point. You could save up to 40% on your flights (and you won't have to spend hours checking flight prices, either!).