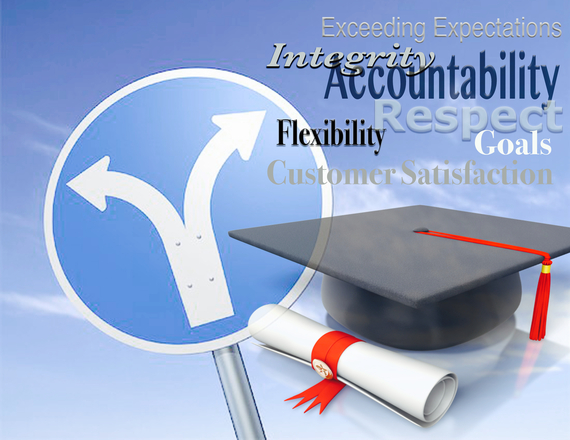 How MBA education helps prime the entrepreneurial economic-engine, is unclear to Siliconiers. I am an engineer by education and was the co-founder and CEO of a Silicon Valley company for almost 20 years. During my CEO tenure, I hired many managers and executives. In a dynamic startup environment like mine, we did not seek MBAs as we did not find their skills particularly useful. Also, I have noticed glaring differences between B-school-program culture and the culture that makes Silicon Valley tick.

Originally, B-schools got started to create business leaders for large corporations in established markets. Today, primarily management consulting firms and financial institutions encourage MBA education for the professionals to be promoted to the top ranks. However, in the information economy, the MBA methodology of education has become antiquated. In Silicon Valley, predictive modeling based on big-data has replaced backward-looking case-studies taught in B-schools and ability to create new markets is far more important than doing extensive marketshare analysis.

Before I started my company, I had no prior business, marketing, finance, selling or manufacturing experience. I and my engineer partner simply had a product idea, based on which we started the company in data communications space that would later blossom into the Internet market. However, I had to overcome huge hurdles along the way to be in the top 5% of startups and take the company public. Its hard to fathom how any classroom education, like MBA program, could have helped in either conceiving the product idea, navigating through IT industry-turmoils, building a management team, or attracting venture capital or customers.

In the Valley we must learn quickly, and on the job, what MBA programs take months to teach. For example, when we first advertised for our product, a VC happened to see the advertisement and called us for possible investment. Naturally, we were excited. They asked us to bring an income statement and balance sheet to the meeting. We did not have a clue what a balance sheet was. I remember frantically walking across the street to Stanford book-store and picking up an accounting book. After poring over it for a few days, I produced a balance sheet along with income statement in less than a week. Ultimately, the VC decided not to fund us, but I got a crash course in accounting along the way!

Culturally, entrepreneurs tend to be nerdy, scrappy and skeptic thinkers. They are often people who do not stand out in any way, in contrast with MBAs, who are well groomed and have an air of gravitas. The two styles do not always gel well. More troubling however is that top MBA programs boast being able to leverage B-school connections-for-life, to their applicants and graduates. Planting the seed of implied nepotism in the minds of the graduates does not sit well with me. Meritocracy is the dominant culture of Silicon Valley. It reminds me why I left India to come to America. Back home, without family or political connections, I could not have achieved the success I did here. Silicon Valley continues to instill the belief in this land of opportunity.

Also, in the Valley, entrepreneurs use their authenticity to their advantage, as that is all they have besides an idea, a dream and the drive. In my company, for example, disclosure to the VCs that I was pregnant, before they signed the deal, convinced them that they could trust me with their money. On one occasion, a major customer bought almost half a million dollar worth of our new product, which did not quite work to their satisfaction in their network, despite our repeated attempts to fix it. We agreed to take the product back, even though we were not obligated to do so. As a result, not only did they remain loyal forever, but they even decided not to return the product! Customers treated us with due care, in return. B-School culture is somewhat deficient in cultivating a deeper sense of integrity .

Financial institutions, as major destination for top MBAs, have played a very crucial role in American capitalism by creating liquid markets for companies' stocks, for raising working capital, and making credit available to consumers and businesses at costs commensurate with the risks. However at times the extent of risk may either not be well understood, or bankers may get too optimistic or they may not fully disclose the risks involved. According to financial pundits a combination of these is what led to 2008 financial meltdown. Soon after that, in 2009 Harvard Business School, the gold standard of MBA education, introduced a voluntary MBA Oath. Now over 250 MBA institutions have incorporated it. They sensed an element of moral corruption amongst their graduates.

A 2-year MBA program, relatively early in career, has also served as a valuable stop for young men and women in search of switching career-paths, while engaging with like minded people. If you chose to go for MBA, remember Dalai Lama's words, 'do not forget to cultivate inner values.'