During the past year, General Motors went bankrupt, Chrysler found itself owned by Italy's Fiat. Yet Ford seems to be hitting home runs, knocking them out of the park with regularity.

In fact, all of Detroit fared alright in the recent J.D. Power Initial Quality Study (IQS), the benchmark for quality in the auto industry. It measures "problems per 100 cars" as reported by owners who have had the cars for 90 days.

New 2009 vehicles sold by Chrysler, Ford and GM's domestic brands have improved in initial quality by an average of 10 percent, compared with 2008, surpassing the 8-percent rate of improvement by the industry overall.

Imports still garnered the most segment awards from Power, but the IQS shows that the quality gap is still closing between domestics and imports, and things are moving in the right direction for Detroit.

This is pretty remarkable considering the miserable, nightmarish condition of the industry the past two years. For quality to continuously improve speaks volumes about parts suppliers, assembly line workers, the factories where they toil and the stylists, engineers and designers who have all come up with some of the best cars and trucks the marketplace has ever seen. 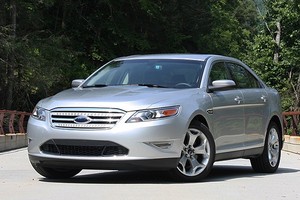 In the Midsize Sporty category, Ford's 2009 Mustang got the highest marks and in large pickups, the ubiquitous Ford F-150 took home the top honors for the Dearborn, MI-based car maker.

While Ford did best among the domestics in the 2009 IQS, another announcement they made this past week also spoke to the company's recent success. That news was Ford will pay about $3.8 billion in cash to a union health-care fund, a sign the automaker is confident that CEO Alan Mulally's focus on the namesake brand will produce profits.

Ford sales rose 13% in June of this year over June, 2009. There are signs, though, that consumer confidence may be getting shaky again and the industry overall might be in line for another recession-based loss of sales and profits.

But in the meantime Ford is flying relatively high, and it's not just all about the product. 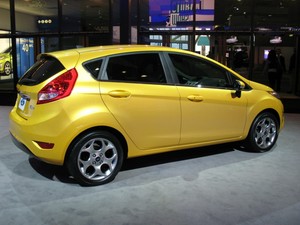 In late 1989, Ford paid nearly $2.5 billion to acquire Jaguar, then a long-suffering car maker whose future looked none too bright. Legendary poor quality had dogged Jaguar for decades, and they didn't have the money or the technology to make a fresh start with all-new models.

Ford also bought Aston Martin (1994) and Range Rover (2000). All three companies improved in quality and customer service after their purchase, though a friend of mine still describes Range Rover interiors as looking like "an unfinished high school metal shop project".

In fact, in one of the first Power IQS surveys in the early '90s, Jaguar was named the top brand in the world based on its improvement in the study, while the company had been near-last before the Ford purchase.

Those buys by Ford came in handy before the worst of the recession hit. In mid-2008, Ford got $2 billion while off-loading both Jag and Range Rover to India's Tata, maker of the super mini Nano which has gained much attention worldwide for its small size and even smaller price. Ford was also able to sell Aston Martin to a consortium of engineers and racers (and banks).

Jaguar's brand win was the first time people took a very serious look at the Power IQS and helped establish the J.D. Power brand with the public just as Power's survey results created a new life for Jaguar. Power had developed a method which, for the first time, quantified quality, giving the public a one-stop shop for determining the likelihood of problems with a particular car or truck. 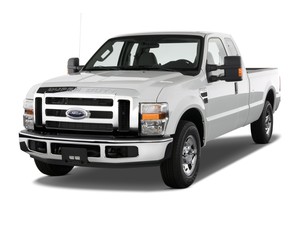 Power does not test cars; it uses registration rolls from every state to survey a set amount of owners of most all makes and models sold in the U.S. For this IQS, Power says they just spent nearly six months sifting through more than 80,000 surveys conducted with verified owners of 2009 model year vehicles.

Ford's Fusion line-up (which includes a hybrid), the all-new Taurus and Euro-bred Fiesta and of course that F-150 truck are keeping Ford on the up side. Creative marketing (such as their tie-in with American Idol and the company giving new models to under-30 types before they're on-sale) have also been top drawer, currently some of the best in the business.

Ford had one other win in the Power IQS. That was the Mercury Sable, the gussied-up version of the Taurus. It won in the Large Car segment, gaining traction with the 2009 model from 2008, when it placed second in class. Of course the irony is that Ford has officially killed their Mercury division, slating it to be gone within the next two years. 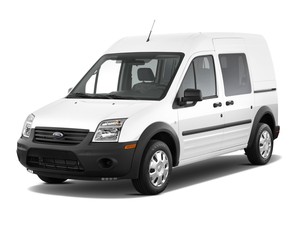