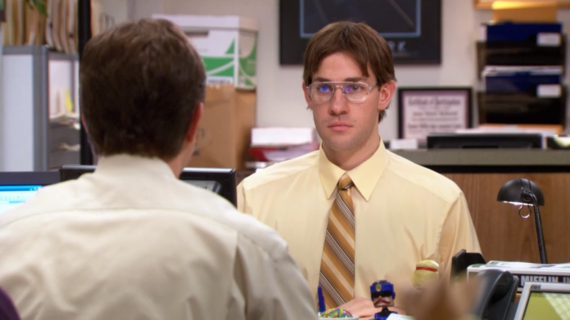 A User's Guide to Users

The Internet is an amazing place. It gives us so much information in a nanosecond: news, food, shopping... information. Unreal. It has become such a regular part of our daily regimens that we have let our collective guard down. We have become too trusting of the Internet and too comfortable with what we place on it. But, I am not certain there is anything we can do about it.

I shall attempt to broadly characterize the various types of Internet users through vague generalities:

My Mom: Seventy-seven years young and thinks the Internet is literally a 24-hour dash-cam into her life. She knows "they" are watching her. When I gently ask, "Mom, who are 'they'?" She demonstratively replies, "You know, you know... the, the... (pointing at her screen)... the Internet."

Now my mother has NOT been clinically diagnosed as insane nor is she suffering from any type of malady I can find on WebMD, but I think she represents a microcosm of her generation... at least, I hope she does. They are, for the most part, people who didn't have TVs growing up, and now they can shop at Neiman's for a pair of underpants while still in their underpants. It is almost too fantastic to believe. Armstrong's moon walk seems more real to her than the ability to do her banking online.

The Warm Blanket: A regular user of the internet with no compunction of any evil doing in the world. They provide their correct name, address, and phone number on everything. Their password is their street address or their pet's name. Their rationale is simple, "Why would anyone care about me?" This label consists of most of us users on the internet. Until it happens to us, we will stay under our warm blanket and have drones drop off our groceries at our collective doorsteps.

The Rogue Agent: This person doesn't give a rip. He has pseudonyms, secondary monikers, multiple emails, and a plethora of passwords more convoluted than a Sanskrit hieroglyphic. He uses the Internet like he drinks water, coasting from site to site with ease and figures he has "gamed the system." The problem is he is too trusting until Ashley Madison leaks his private information and his wife asks for a divorce. Be afraid, be very afraid.

The Millennial: They've grown up during the advent of the Internet with an iPhone in their hand. They do everything on this device and they would rather attempt to live without a heart as opposed to their hand-held device. It is their cache into the real world because they are better at the use of the technology than those people hiring them... and they know it. They have nothing to lose because they own nothing and they live in the same bedroom at their parents' house as they did at thirteen... even the Hello Kitty duvet stained with Hot Pocket tomato sauce is the same.

The Survivalist: Closely akin to My Mom, this is the person who places no personal information of any kind on the Internet. It is those last few who don't use the Internet for anything. Generally, these people smell like cheese.

Think about it... whether it is Amazon, Internet banking, fantasy football, anything you want to use the Internet for, you need to place your name and email. At that moment, you are on someone's list. Even when you don't place your name on a site, your IP address is being tracked because of the zip code you in live or the sites you have frequented. There is no security, there is no safe zone, the sanctity or integrity of your information will, and can, always be compromised if... IF someone wants to.

Unfortunately, no answers, just observations. It is simply the world of the Internet and I do not envision that changing anytime soon... no matter what anyone tells you.