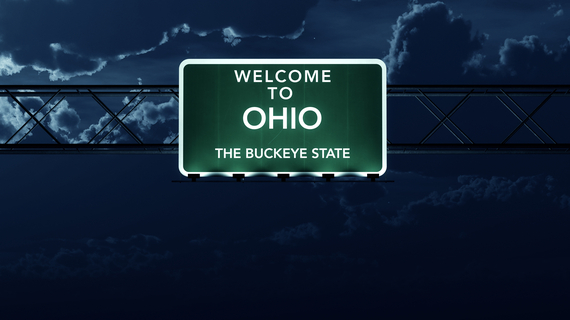 CINCINNATI - Hillary Clinton and Donald Trump are locked in a virtual tie in the state of Ohio. With the nature of this year's election that might not be all that surprising, right? Since 1992 presidential candidates have been within six points of one another in Ohio. So the question remains, why is it always so close in the Buckeye State?

"As goes Ohio, so goes the nation." That saying has rung true for over fifty years as time and again Ohio proves to be an accurate indicator of the election. With an 87% white population, most people would assume that Ohio is not very representative of the nation's demographics, but don't rush to judgement too fast.

Ohio has 88 distinct counties with three major metropolitan areas and plenty of rural land in between. The geographic makeup of Ohio is critical to understanding its political divides. With the Cleveland area laying claim to northeast liberal culture, the Columbus area lending itself to the true Midwestern moderates, and the Cincinnati area laying claim to the South, this state pulls in three major parts of the country. With a population of nearly 11.6 million people there is no shortage of viewpoints. Ohio is the seventh most populous state in America.

Cincinnati alone has fifty-two distinct neighborhoods and the people's political views can vary each block. The West End is an impoverished neighborhood and is predominately Democrat while less than a mile west you will find hard line Republicans. Cincinnati, Cleveland, and Columbus are each unique in their culture and makeup which lends itself to this state's fairly diverse political views. 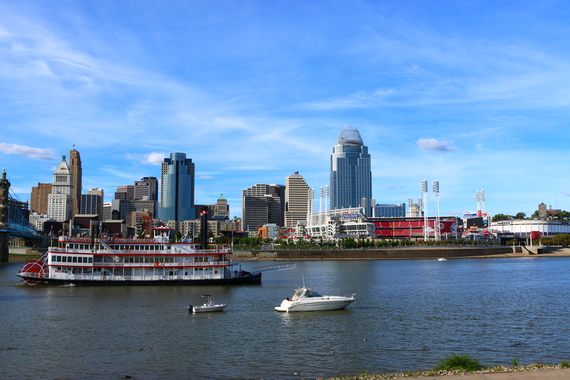 According to Real Clear Politics, Hillary Clinton and Donald Trump are tied 41% to 41%, with Gary Johnson and Jill Stein trailing at 11.3% and 2.3% respectively. Despite the controversy surrounding the candidates, Ohio should still see an excellent turnout compared to the rest of the nation on election day. Historically speaking, Ohio has around a 60-70% turnout of voters which is almost always above the national average.

Ohio takes voting seriously. Maybe it is because us Ohioans like attention, maybe it is because we were the 17th state, or maybe we just want to do our part in this democracy. Whatever the reason, it is irrefutable that Ohio has become the center of many presidential elections. The state has accurately predicted, and in many cases decided, every presidential election since 1964. No Republican has ever won the presidency without winning Ohio.

Who will win Ohio? It is hard to say. Over the past twenty years, the candidate ahead on Memorial Day wins the election. Under that logic, Hillary Clinton will be our next president, but in the great state of Ohio, we play by our own rules and that means anything could happen.

While Ohio is, without a doubt, essential for both candidates, it is perhaps most critical to Donald Trump. A TrueChat Special Report conducted several weeks ago on the electoral map shows the very slim margin that Mr. Trump has to work with. That margin is nonexistent without Ohio. Hillary Clinton would also have a major uphill battle if she were to lose the Buckeye state, but with the various other swing states already leaning her way, Mrs. Clinton might be able to pull it off without Ohio.

With most voters not making up their minds until a few days prior to the election it is nearly impossible to predict the outcome, but one thing is for sure, Ohio will yet again decide this year's election and, yet again, it will be close.