On Monday, one of the three plaintiffs in a lawsuit accusing Usher of exposing them to the herpes came forward publicly. The woman, Quantasia Sharpton, claimed that she and the singer had sex after one of his concerts in 2015. While she didn’t contract herpes, Sharpton is suing Usher for knowingly exposing her to the virus without telling her that he had it.

Sharpton’s story has come under scrutiny for several reasons. According to gossip site TMZ, she recently tweeted that she “needed money,” and several hours before her press conference she tweeted: “Enjoying my last couple of hours as a regular girl.” Some social media users have concluded that this is proof that her accusations are all a scam to get rich and famous. Scamming claims have also been bolstered by rumors that Sharpton (who also goes by “Angel Valentino”), may have pulled similar stunts with artists like August Alsina.

But perhaps the most dominant theory “proving” Sharpton is lying has to do with her size. After footage of her live news conference about the lawsuit emerged, making its rounds on gossip sites like The Shade Room and Bossip, the overwhelming response has been that there was no way Usher would have sex with her because she’s fat.

I refuse to believe Usher fucked this 😂😂😂😂 pic.twitter.com/wDE9MWiCaj

Lil Duval, the controversial comedian who came under fire earlier this month for his blatant transphobia, chimed in on Monday, tweeting, “I refuse to believe Usher f**ked this.” The tweet had over 6,000 likes as of Tuesday afternoon.

After coming forward with her story, Sharpton faced harassment on both her Instagram and Twitter pages, which have since been either deleted or made private. But it’s easy to find the vitriol and disbelief in the comment sections of gossip sites, or on social media, where people have questioned Sharpton’s comments about fearing for her health because of her size, and have insinuated that someone like Usher would never be attracted to her:

#QuantasiaSharpton said she was "concerned about her health" ! Alright, we see you mami, with your healthy looking self 😁 pic.twitter.com/Yv40IVEOM0

This is the thing about Usher's accuser...she said her health is very important to her..... we can all SEE that is a false statement. pic.twitter.com/mqSm0K5zuy

That moment during the #Pressconference that I found out #usher was rich with low standards pic.twitter.com/H0PKbcwMZH

Every big girl running to get a lawyer after That Usher accuser press conference pic.twitter.com/sL5U1qwdNE

All this, it seems, in defense of a man who knowingly exposed his sexual partners to herpes without their consent.

It’s possible that Sharpton’s allegations are a ploy to make money. It’s possible that’s she’s genuinely telling the truth. Perhaps it’s a little of both. When it comes to questions of sex and consent, where the victim is almost always at a disadvantage in a culture that over-scrutinizes them, I hesitate to make judgement either way.

But this goes beyond the accusation, to this question of the plausibility of Usher having sex with a woman who looks like Sharpton. All the shaming and blaming and jokes at her expense has coincided, interestingly, in the same week that the internet lost its mind over  ”#Thickanna,” Beyonce’s voluptuous new baby weight, and that dude who got a proverbial cookie for loving his size 14 wife.

It’s fascinating how our perceptions of respectable and acceptable “thickness,” especially when it comes to black women, can shift so rapidly. We’ll praise Rihanna (who of course looked amazing in her Cropover costume) for a little extra fat, but dehumanize and desexualize an actual fat woman.

How would we feel if Rihanna became more than just “thick?” What would be the reaction if Beyonce never lost her baby weight? Would we, as in the case of Sharpton and other women who look like her, shame them, laugh at them, question their health, their integrity, their desirability?

Why Is It Hard To Believe That Usher Would Have Sex With A Fat Woman?
Honest Body Project 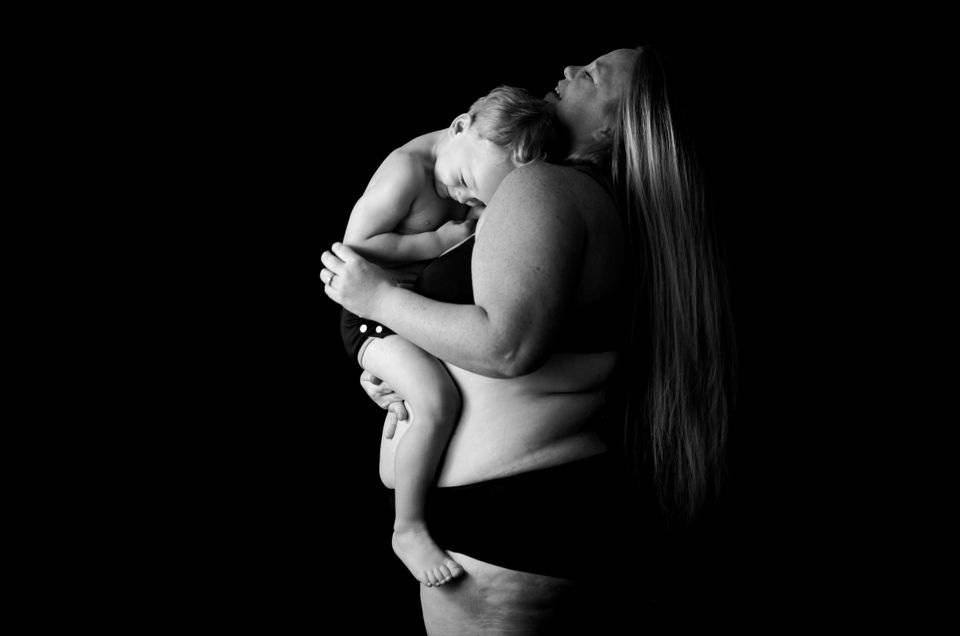 1 / 21
&ldquo;My youngest son was diagnosed with Type 1 diabetes in March, out of nowhere. It has been a difficult thing to cope with, but we are making it through. Then come the comments... The questionable looks when I tell someone that he&rsquo;s diabetic, comments like, 'Well it's because you have diabetes right?' No, I do not. 'But you had to have had at-least gestational diabetes&hellip;' No, I did not. Not with any of my children. 'So, what did you eat while you were pregnant for this to happen?' Nothing I ate caused this. 'So, it&rsquo;s just because you&rsquo;re so overweight?' No, it has nothing to do with me being overweight. 'It&rsquo;s because you gave him formula?' Still nursing my now 3-year-old. 'Is he just that lazy?' He is not a lazy child, he is a very active little boy. But they continue, that it must be because of my size, I must have done something to make this happen to my little boy. I didn&rsquo;t eat right, or sleep right, or exercise enough while pregnant with him. My body did this to him. And because my body is the size it is, my son will have a hard time because he will grow up to think being 'big' is OK&nbsp;and that will make his condition more difficult."
Natalie McCain/The Honest Body Project