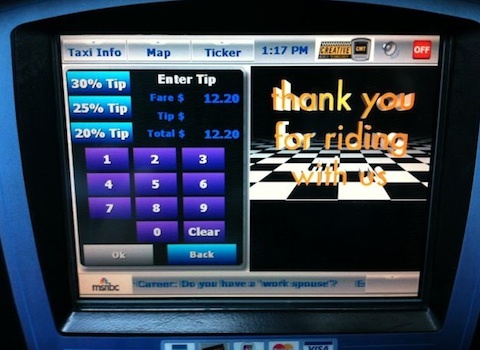 Do media companies really believe that forcing us to watch will get us to care?

The other day I met a friend for coffee in Manhattan's financial district and found myself walking past the statue of George Washington that looms before Federal Hall. Soon Trinity Church appeared, where the clergy were coerced into becoming Loyalists during the Revolutionary War when British troops occupied the city and Washington had to make the agonizing decision to abandon New York to preserve the strength of the Continental Army.

This historic church burned to the ground in the great fire of 1776 and was rebuilt not once but twice, its final construction resulting in a magnificent 281-foot spire, which was the highest point on all of Manhattan Island until 1890, when The New York World Building heralded both the age of the skyscraper and the rise of the newspaper tabloids.

With every step I took, history washed over me, right up until the moment I hailed a cab, climbed in, and forgot where the heck I was.

This happens every time I jump in a cab, and I'm sure it happens to you.

The instant the taxi pulled away from the curb, my ears started buzzing and I felt the telltale signs of a seizure -- the type of neurological paralysis that can only be induced by forced exposure to unwanted media. The tiny TV installed in the back seat had come to life, and its sound and fury demanded my attention.

Kelly and Michael share a new exercise regimen while the crowd roars its approval...Michael does a silly dance right before the morning show's logo appears and theme music ricochets around the cab...

...cut to a late-night talk show hosted by a comedian who has never been particularly funny, playing a game with an actress who once got nominated for an Oscar, the forced hilarity of it all feeling like a desperate attempt to compete with all the other late-night talk shows hosted by funnier comedians...

...followed by a short film that reeks of product placement, a thinly disguised ad for new winter fashions from a second-tier designer, a dog thrown into the montage to assure me the brand is fun and accessible...

The cab lurched to a halt, I blinked, and suddenly this historic city was just outside my window. The TV had gone silent and my out-of-body experience had ended.

A momentary sense of peace returned until I glanced back at the screen, where the fare now appeared on the little TV, offering me the choice of cash versus credit. (Convinced the NSA is already tracking me and everyone else via our cell phones, I pulled out my credit card, and that's when things got really annoying.) Because as soon I'd selected credit, the tiny-torture-screen started talking in a clipped, patronizing voice: Payment method selected...PLEASE...enter tip amount!

Then the tip options appeared, starting at twenty percent.

Now if my cab driver had spoken English, which I knew he didn't because it had been incredibly difficult to give him directions when he got lost in Tribeca, I've no doubt he would've agreed that 20% is a fairly generous tip, since the only reason we arrived anywhere near my destination is that I did half the work by navigating. And though the whiplash had been far less severe than my last taxi ride, the options of upping the ante to 25% or 30% didn't seem amenable either.

I didn't want to shaft the hapless driver, so I selected the twenty percent solution, as always. For native New Yorkers there is nothing new here, but is the talking TV really and truly necessary?

The only reason the screen starts squawking is to nag us into giving a tip -- it doesn't provide any verbal guidance for the blind or even tell us to have a nice day. It commands us to do something we were probably going to do anyway.

No wonder Uber is taking off. They might have the occasional sketchy driver, and surge pricing is like playing Russian roulette, but once I'm in the car they don't try to sell me anything or tell me what to do.

As for the so-called entertainment on Taxi TV, presumably the networks so desperate for ratings just showed me their best clips from last week's show, so there's not much incentive to go watch more, but if I am truly intrigued then I'm more likely to search for a specific skit or interview on Youtube than start watching broadcast TV again.

This is the essence of the broadcaster's dilemma -- in a world of Hulu, Netflix, newsfeeds, video games and cat videos -- I already have too many choices, and most of them are better than yours.

And if I wanted to watch TV then I'd be home on my couch, not driving through the most interesting city in the world.

So please, take the TVs out of our taxis and let us go back to looking at our phones -- I mean, looking out our windows -- because the world is passing us by.