After watching three episodes of Orange is the New Black, season 3, I find that it is not as terrifying or funny as the previous episodes, and I am grateful. The series continues to humanize the women, sharing their stories, their challenges, and how even when there a moments of hope and light, the reality of the downward spiral comes back to haunt them. You can call them evil for the crimes they committed, but there is a subtle message that should be louder...

Incarceration takes away the very things that might enable women to rebuild their lives.

What's worse, many women don't go straight to prison for their crimes, especially if the crimes are non-violent. They first go to jail, which is even worse than prison for helping them turn their lives around.

Generally, jails are just warehouses with few programs to give skills and resources for the future. Yet this is the place where many first-time offenders of non-violent crimes are housed, along with more violent criminals awaiting sentencing. At the crucial turning point in their lives, these women -- and men -- are given little help or hope to see beyond the bars.

The best time to help first-time offenders is when they are sentenced to jail, and it is the place that gets little attention and funding that could help them return to society as contributors.

According to the American Jail Association, there are currently more than 1 million adult women involved in or under the custody and control of the criminal justice system. Women entering jails are much more likely to have experienced poverty, intimate partner violence, sexual abuse, and/or other forms of victimization often linked to their offending behavior. Many are in for substance abuse problems or for being connected to a crime someone else committed, often a man.

With little or no help, women return to the same life conditions they had before jail. Sixty percent of women released from incarceration are re-arrested, many going to prison with longer sentences and less chances for getting out of the system. Maya Schenwar states in her important book, Locked Down, Locked Out, 95 percent of prison prisoners who are released emerge with few economic opportunities and even fewer healthy human connections on the outside. Most don't make it. Schenwar quotes Angela Davis saying, "Prisons do not disappear problems, they disappear human beings." Orange is the New Black has presented this reality well.

Even if you think we shouldn't be helping criminals reform because of what they did, you can't deny the high cost we pay as taxpayers and citizens with the constantly growing number of jail and prison inmates in the United States.

I am not a criminal justice expert. I spent time in jail over 40 years ago for drug offenses. After my release and the completion of my first masters degree, I presented a proposal to work with women in jail to officials in Arizona. They told me to quit feeling guilty and get on with my life.

I wrote a memoir that, like Orange is the New Black, not only tells my story, but shares the lives of the women I served time with. I got out of the system. Most of them did not. I tried to publish my award-winning manuscript but was told over and over, "It's an amazing read but no one cares about the life of an unknown junkie." Orange is the New Black has shown that is not true, but do people watch solely for the entertainment value?

I did get an offer from Showtime in the 1990s to consider using the book as a basis for a program if I were to add more sex and violence to the work. I felt that betrayed the women. I turned down the offer. Instead, I have posted the book, Unexpected Angels, on Kindle to be of service to the people who find it (as well as engaging because of the amazing stories of the women). Without these women and how they helped me survive, I would not be here to tell my story.

When incarcerated, women tend to form family structures to help each other get through the difficult times. They worry about their children and families on the outside, hoping they can create a better life for them even when they have even less resources than when they went in. There is some sex and violence, but mostly, daily life is boring.

In Locked Down, Locked Out, Schenwar offers alternatives to imprisonment. Schenwar profiles community-based initiatives that help people regain their lives through connection rather than isolation, creating a safer, more productive society for us all. There are proven programs that can help, but support and funding is always a challenge. I hope this post motivates you to care and act.

The questions remains, "Where do we draw the line on helping others to succeed? Is each human life worth the chance to save? What could we be doing to help first-time non-violent offenders prove they are worth the risk?" I know there are no easy answers. But when I try to picture where the women are who saved my life, I'm afraid they're all in prison or dead.

I believe it's time we look at jail reform. It's time to educate the public on the distinction between "jail" and "prison." It's time to take a good look at the people, and redefine what a qualified risk means. We can do something, at least for those who still have a glimmer of hope in their eyes.

The millions of viewers for Orange is the New Black are interested in knowing these women, but are they interested for the right reasons? 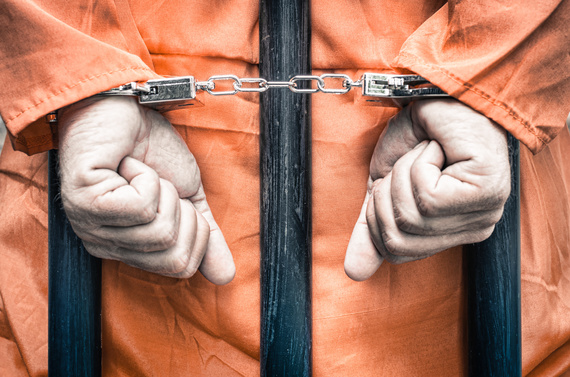