A true company vision, which has the magic and the power of a founder's vision, seems missing at Apple since the death of Steve Jobs. 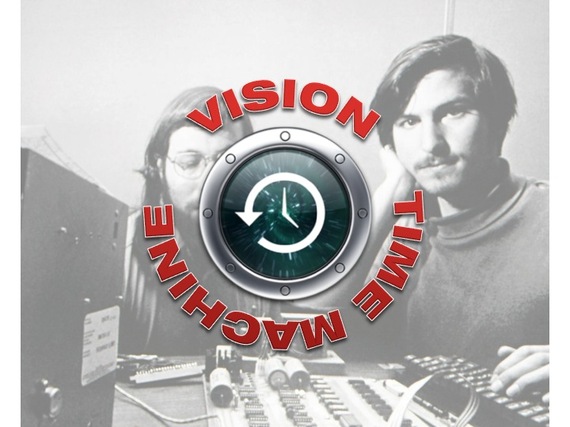 The new personal vision will resemble that of a founder's vision like a Steve Jobs, a Mark Zuckerberg, a Jeff Bezos, a Larry Page, etc. had when they started their companies, and not a vision, which is perfected over time but where all life and magic is missing from it.

Also Apple's CEO Tim Cook should develop his own personal founder's vision as a guiding principle. Especially, if he wants to project a company vision that communicates to employees, shareholders and clients a credible and promising future.

A company vision is a guiding light to where a company wants to go, and, maybe more importantly, what it wants to be.

By continuously perfecting a company vision the original force and magic of the founder's vision is often lost.

The primary goal of the Vision Time Machine is for CEOs to recreate the magic and power of a founder's vision and from that new basis, ignite innovation, changes and motivation.

It is probably not easy for CEOs to think like entrepreneurs when most of their careers were spent in a well-structured organization where most barely remember how and why everything started.

There is not much time for CEOs to focus on a powerful vision when they have to deal with the day-to-day problems of running a business and last but not least to try to satisfy the needs of clients, employees and shareholders.

The day-to-day business often prevents CEOs from seeing the wood for the trees. It seems that CEOs are more focused for instance on how to cut costs and less on establishing an inspiring vision. 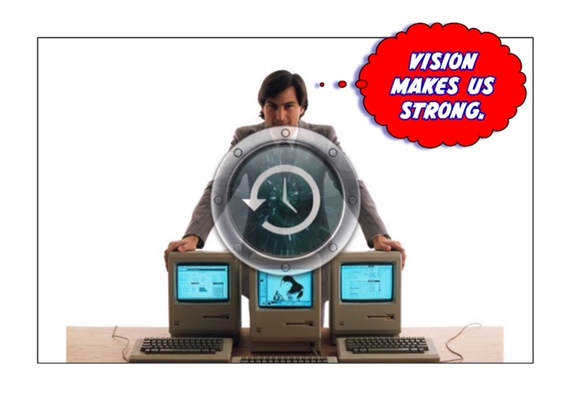 The advantages for CEOs to apply the Vision Time Machine

Many people or CEOs have probably at one point in their lives said to themselves: "If I could start all over again with all this knowledge and experience I have, I could be very effective and make a difference in a powerful way."

The Vision Time Machine does exactly that it throws back CEOs in an organizational structure that is freed of politics and is full of potential.

The existing and the future company challenges still need to be faced, but the Time Machine Vision approach will help to conquer them.

The CEOs will not become full-blooded entrepreneurs -- like a Steve Jobs, a Mark Zuckerberg, or a Jeff Bezos -- with the Vision Time Machine, but they will be closer to it than most other CEOs of large companies. They will have a vision for the future that employees, clients and shareholders can hold on to in good and bad times.

The Vision Time Machine will not make out of the highly respected Apple CEO Tim Cook a Steve Jobs, but it will help him to develop his own founder's vision with the implied promise of a better future and magical product solutions.

"Throughout the centuries there were men who took first steps down new roads armed with nothing but their own vision." -- Ayn Rand (1905-1982), an American novelist, philosopher, playwright, and screenwriter. Known for her two best-selling novels, The Fountainhead and Atlas Shrugged, and for developing a philosophical system she called Objectivism.