"Time keeps on slippin', slippin', slippin', into the future," says the lyrics of this classic by the Steve Miller Band, and so does much needed action for the global environment, at the proper speed and scale. However, from time to time, a discontinuity rips away the fabric of policy-time, setting disruptive changes in motion.

We saw this happen at the 1972 Stockholm Conference on the Human Environment , which led the UN to formally establish the connection between environment and development, in 1980 with the launching of the World Conservation Strategy of the International Union for the Conservation of Nature (IUCN), which revealed how development is intimately linked to healthy ecosystems, in 1987 with the release of the Brundtland Report (Our Common Future) that further defined the term "Sustainable Development," and again in 1992 with the Earth Summit that became the birthplace of the major international environmental agreements, notably the Convention on Biological Diversity (CBD) and the United Nations Framework Convention on Climate Change (UNFCCC).

In 2005 the Kyoto Protocol of the UNFCCC came into force as the first internationally-binding accord that set emission-reduction targets for industrialized countries. In 2010, the Aichi Targets were adopted by parties to the CBD in Nagoya, Japan, providing a measurable framework to improve the status of biodiversity globally.

As 2015 draws to a close, nations which are parties to the UNFCCC will convene in Paris to agree on a new treaty that can hopefully start reducing the pace of CO2 loading into the atmosphere, which is threatening to set development efforts back by decades.

While it is hard to get excited by a string of meetings and a long list of acronyms, they nonetheless point in a forward direction; the world is finally coming to grips with the stark reality that we are pushing the planet's life support systems to their limits and that solutions should not be delayed. For climate change, the 2°C safety threshold is well on track to be transgressed, while for biodiversity, extinction is bound to reach 1,000 times the background rates observed in the fossil record. 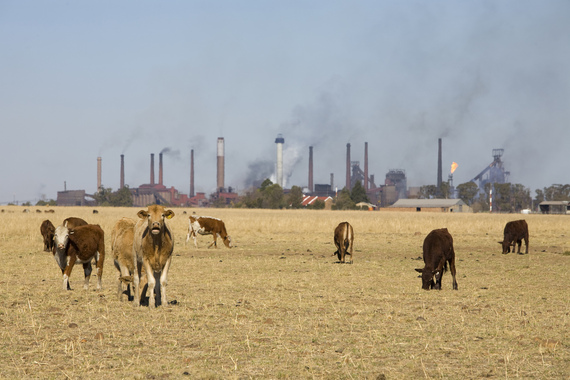 Setting the SDGs and the Paris climate agreement apart from most previous efforts to decide on targets, goals and accords, they are expected to be adopted by all negotiating nations, and not just by a subset of them -- meaning agreeing to a true global effort. In contrast, the Millennium Development Goals, adopted in 2000 with the target date of 2015, were essentially focused at improving socio-economic conditions in the developing world. The Kyoto climate agreement, on the other hand, was restricted to industrialized countries but mute on commitments by emerging economies such as China and India, which are large emitters.

Financing is also paramount. After all, we live in a globalized economy and short-term interests supersede most long-term goals. Helping developing countries to make the transition to low-carbon economies is an essential ingredient to ensure agreement in Paris. The recent pledges to capitalize the Green Climate Fund (GCF), amounting to just over $10 billion, along with some $3 billion in climate-related finance provided by the Global Environment Facility represent a very good start.

There is reason to believe that combined, the SDGs and a solid agreement on climate can start steering spaceship Earth back to its right course. There is a lot riding on the Paris meeting in particular, and we will never have another chance to reach an agreement anytime soon if we fail in December. But if successful, this strategy would also represent a long-sought vindication of the important role that can be played by the sometimes discredited multilateral system, one that can complement voluntary commitments by willing countries, institutions and the private sector, such as those announced in the UN Secretary General's Summit.