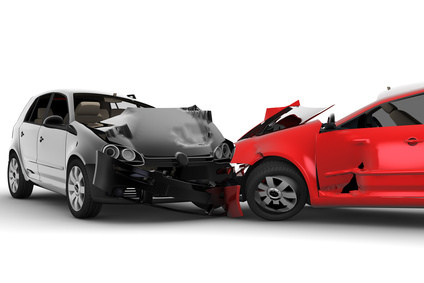 Imagine if someone found a simple, quick, and cost-effective method of preventing car accidents that could cut the rate of highway deaths by half. Would it be reasonable for the National Highway Traffic Safety Administration to refuse to endorse this solution because they thought that it was car manufacturers', not drivers', responsibility to make cars safer?

This is, essentially, what the Centers for Disease Control have done when they continue to dismiss the growing body of research that finds that empowerment-based women's self-defense training reduces the risk of sexual assault. A brand-new study, reported in the New England Journal of Medicine this week, reports that a 12-hour, empowerment-based self-defense class (one that focuses not only on physical defensive skills but also on awareness, social norms, and assertiveness) cut college women's risk of rape by nearly half. Participants' risk of other forms of sexual assault were also significantly lowered. This study, conducted by Canadian psychologist Charlene Senn, builds on earlier research (including my own, published in the journal Violence Against Women last year) that reported similar findings: when women learn to defend themselves, both verbally and physically, they are much less likely to suffer sexual assault.

The CDC has steadfastly refused to consider self-defense training as part of its approach to preventing sexual violence. And because other major organizations - including the White House Task Force to Protect Students from Sexual Assault and a large number of universities and colleges - rely on the CDC for their research, self-defense training has been completely left out of the current rush to develop effective prevention strategies, especially on college campuses.

The CDC's stance rests on two beliefs. First, they argue that self-defense training does nothing to change the behavior of perpetrators. As CDC behavioral scientist Sarah DeGue told The New York Times, "It's possible that potential perpetrators could encounter individuals who have received training and just move on to more vulnerable individuals." But is this realistic? If a perpetrator attempts to assault a woman, but she escapes by breaking his knee or gouging his eyes, will he really just "move on" to someone else? Even if she resists non-violently, by yelling or setting clear boundaries, can we really assume that this experience will do nothing to shift his perceptions of women's vulnerability?

The second concern involves victim-blaming. According to an editorial by Kathleen Basile, another CDC researcher, which accompanied the NEJM article, the major weakness of Senn's study "is that it places the onus for prevention on potential victims, possibly obscuring the responsibility of perpetrators and others. What happens when women who complete the intervention cannot successfully resist rape?" We actually know the answer to that question already. Two recent studies found that women with self-defense training who experienced a subsequent assault blamed themselves no more than similar women without self-defense training - or even blamed themselves less. I have observed many empowerment-based self-defense classes in the course of my research. Every one of them has gone out of their way to emphasize that the responsibility for sexual assault lies solely with perpetrators.

Self-defense training does focus on what women can do to reduce their risk of assault. But no one is claiming that this should be our only strategy for stopping violence. Rather, Charlene Senn and other self-defense advocates suggest only that self-defense training should be one part of a multipronged approach. Bystander intervention, healthy relationship education, and community-level strategies should also be important parts of our approach to preventing violence. However, relying only on these long-term solutions means that millions of additional women will be sexually assaulted before we have made inroads into preventing perpetration. Is this really acceptable?

Making cars and roads safer is indeed important, and we should invest in these things. But building new roads and changing the design and manufacture of cars - like changing the culture that supports sexual assault - will take a long time. If there were a quick and effective way I (and my children) could be safer on the road today, I'd sure want to know about it.

Professor of Sociology at the University of Oregon