If you believe the hype coming from Turkish Airlines, which now flies roughly 40 million passengers to 220 cities in 98 countries, Istanbul will soon become the world's most connected and wonderful international hub, an axle around which global commerce and tourism will spin, as millions stop over for a night, a week or a year, enjoying the multitude of riches ancient and modern to be found in the metropolis of 15 million perched on the border between east and west.

While Dubai and Doha may both have something to say about global domination through airport supremacy, the fact remains that Istanbul has, in the past couple of years, become an ideal place for a layover, as airfares plunge thanks to competition, and connections proliferate. So it was that I decided to tack a two-day tour of Turkey's largest city onto a quick springtime vacation in Venice.

On first glance, my itinerary, New York east to Istanbul and back west to Venice, didn't make much sense. The shockingly affordable round-trip airfare of about $750 -- compared to nearly $1000 for a round-trip to only Venice -- made the back-tracking much more reasonable. That Turkish has some of the best on-demand in-flight entertainment in the air made the 10-hour flight to Istanbul more bearable; the fact that I was headed to Venice was exciting enough to mentally shorten the 2.5-hour hop to Italy.

After exploring the canals, calle and cupolas of Venice, it was on to Turkey, where I'd booked into the Marti Istanbul Hotel near Taksim Square. Compared to the basic pensione I'd booked in Italy, the Marti was palatial, which was the idea: Since it was my first visit to Istanbul and my Turkish is non-existent, I hoped to ensconce myself in a relatively luxurious hotel to which I could retreat after a day bazaar hopping and arguing with dishonest cabbies, the latter of which are far too plentiful in Istanbul. On the plus side, rooms at the Marti start around $200, which is far less than you'd pay for a comparable hotel in Western Europe or, for that matter, New York.

With only 47 hours and 40 minutes to spend in the city, there wasn't much time for anything but the highlights: The Hagia Sophia, the Blue Mosque, the Galata Bridge (and Galata Tower) and the Bazaars, both Spice and Grand. Distracted by frequent coffee, kebap and baklava breaks, I missed the chance to take what some have called the most beautiful commute in the world, the ferry ride to Asia.

But that I didn't get a chance to experience everything the city has to offer doesn't worry me too much. Between Istanbul's newly announced bid for the 2020 Olympic Games and Turkish Airlines' continued expansion, I'll probably be back to the Bosphorus soon -- if only for a short layover.

PHOTO GALLERY
A Short Layover in Istanbul
Download
Calling all HuffPost superfans!
Sign up for membership to become a founding member and help shape HuffPost's next chapter
Join HuffPost 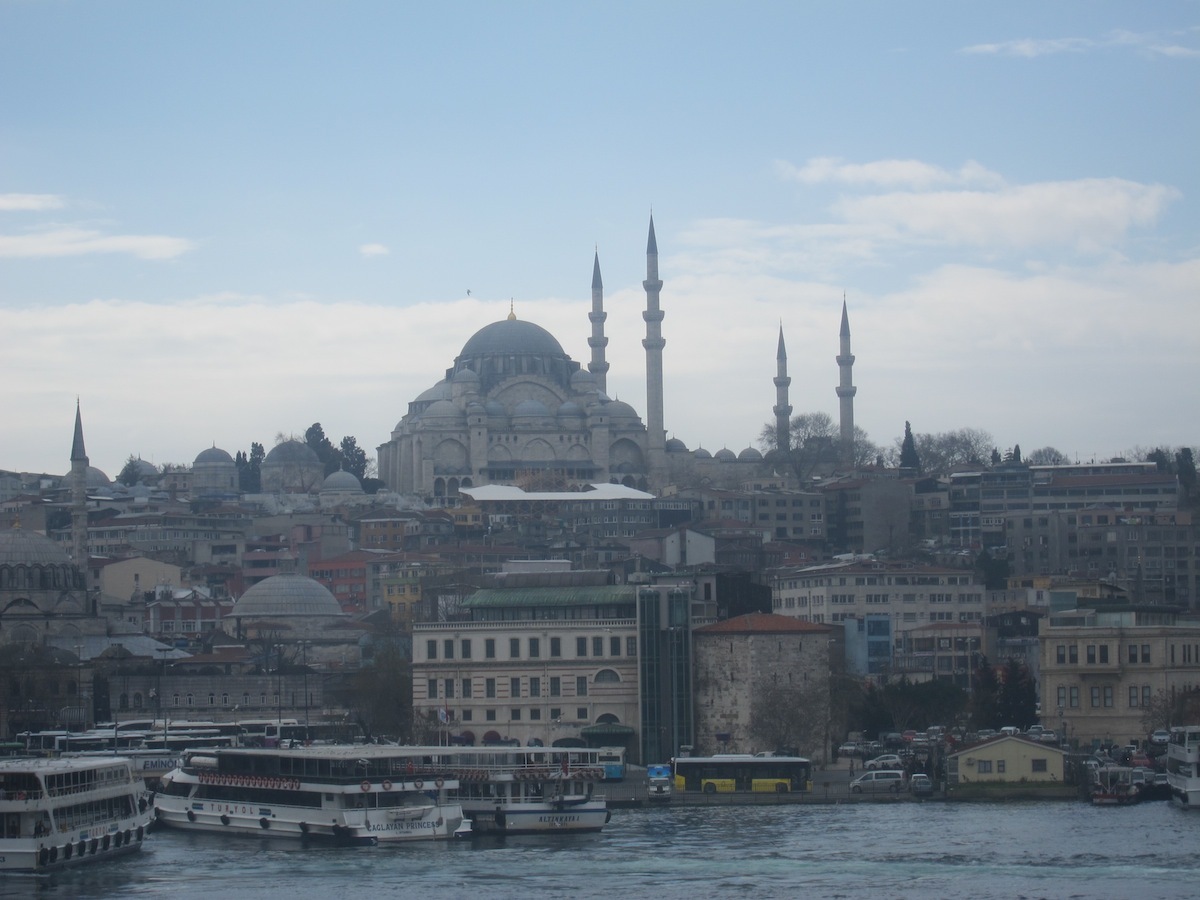