One of the most common questions that comes up among social entrepreneurs in our incubator is how much they should charge for their product or service.

The truth is, I'm not qualified to answer that.

And, honestly, neither are they.

Instead I give them two recommendations, which taken together have yielded amazing results. 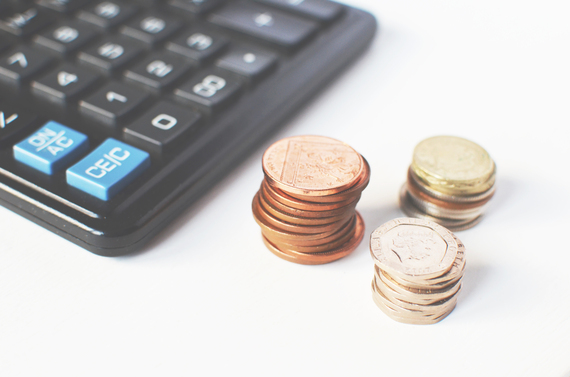 It's Probably More Than You Think

There are numerous explanations for why we tend to undervalue ourselves and our services -- psychological, cultural, gender-based, among them. But that doesn't mean we should.

Especially here in Sweden -- where humility is a prized value -- I often see entrepreneurs apprehensive of charging the true value of their services. This humility comes at a cost -- literally.

While basic economics dictates that with a higher price comes lower demand, the story on the bottom line isn't that simple. A higher price can be an incredibly strong signal of perceived quality which -- especially in instances where pricing feels arbitrary -- can persuade buyers that the investment is worth it.

This advice is most applicable to social entrepreneurs selling products and services to municipalities, schools or companies and is perhaps less germane to an app-maker trying to become the next Uber. But even if you are going for huge, huge scale, cheaper isn't always better.

To be sure, there are some buyers where a low price is all that matters. But likely -- unless your product necessitates millions of users -- these aren't the partners you want to work with anyway. And if they are, it's always easier to offer a special discount to strengthen a relationship rather than trying to raise prices higher.

Of course, a higher price may mean fewer customers -- but depending on the markup it may not matter. Selling four trainings at $1,000 each means more revenue than seven at $500 -- and you get the added bonus of saved time as well!

And, if you follow recommendation number two below, you have nothing to lose by starting 'too high,' and everything -- especially dollars and time -- to gain.

If you, like many entrepreneurs, are bringing a new service to the market, it's hard to anchor its price to anything else comparable. So our tendency, then, is to throw out a guess and either go with our gut feeling or a poorly compiled excel chart of semi-competitors' prices.

But instead of guessing and hoping, take pricing matters into your own hands and run some tests tapping into the wisdom of the crowd.

In 1907, Sir Francis Galton asked a crowd of 787 people to guess how much an ox weighed. Though not a single person got the exact weight correct, when all of the guesses were averaged they were just 1 pound off.

If you are making 40 cold calls, try offering 20 of those potential customers one price, and the other group twice that price. Which one earns you the most revenue?

And if you're an online service, it's even easier to A/B test. Buy Google or Facebook ads with a brief description of your product or service and change up the sales price listed on each ad. Then sit back and measure which one gets the most clickthroughs.

Or if you already have your own site, use a service like Optimizely to try a few different prices alongside an email sign-up and measure which one gets the most would-be customers.

Setting a price is one of the most assumption-filled guesses most entrepreneurs make. So, instead, let's aim higher than we otherwise would and test as many of these assumptions as possible so that rather than guessing low and hoping we know what people want, we can be as sure as the price of an early 20th century ox that we're getting paid what we deserve.

I hope you enjoyed this article! If you'd like to receive posts like these on leadership, entrepreneurship and change-making delivered directly to your inbox, sign up here!