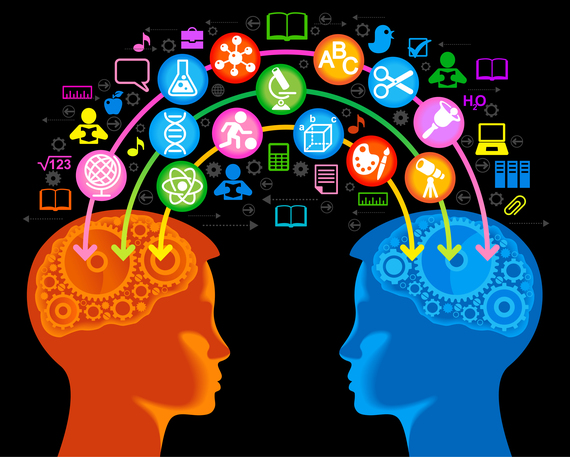 Talking about science is a lot harder than it should be. We talk all the time about things we don't fully understand: the polar vortex, how footballs can get underinflated during games, why the Kardashians still get so much attention. We're not experts in these areas, but we're happy to weigh in with theories and opinions. But when it comes to scientific topics, both scientists and laypeople hide behind the excuse that the general public in this country simply doesn't have the education to process such complex information.

Education plays a role in this divide. Based on results of standardized tests, the U.S. lags behind more than 25 other developed nations in its citizens' science proficiency. When people who have zero education about genetic science have to make a decision about whether GMO food is good or bad, they may base that decision just as easily on bad information or gut reactions as on solid scientific data.

But there are other contributing factors. Scientists are notoriously inept at translating their work for a non-technical audience, often leaning so heavily on jargon and esoteric concepts that even interested people can't figure out why it matters. Another issue is that the public has often been burned: Bad or incorrect science gets reported alongside good science, so why trust studies you hear about when at least some of them will later be proved wrong? Religion is also a factor for people who have trouble accepting scientific findings that challenge their beliefs.

The Pew report offers some hope for getting us all to speak the same language, though. Among non-scientists surveyed, more than three quarters said that "science has made life easier for most people," while more than two thirds said that government funding of technology and science research generally pays off. That's a great foundation. It tells us that people fundamentally believe in the value of science, even as key scientific messages get lost in the shuffle.

In a country of more than 300 million people, there will always be lots of different views on these topics. But if we get better at communicating the science, at least we can have a healthy, respectful dialogue about matters that will be increasingly important in the coming years. Otherwise, we risk not only falling far behind other countries in generating new scientific breakthroughs but missing out on potentially gigantic benefits from new fields such as synthetic biology. We also risk returning to health problems of decades ago as illnesses long thought wiped out come back.

This aspect of the convergence of technology and health care will be among the topics at our day-long Techonomy Bio event, March 25 in Mountain View, California. Click here to learn more.