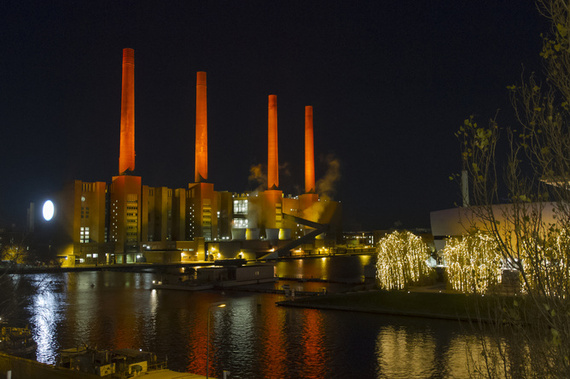 More than a year after the Dieselgate scandal, which uncovered cheating by Volkswagen and other car companies in emissions tests, there has been little progress for European consumers.

Most people are unsure of how - or if - they will be compensated. London Mayor Sadiq Khan has written to Volkswagen and asked that £2.5 million be reimbursed to Transport for London as compensation for gas emissions affecting the city's residents.

I urge @Volkswagen to reimburse @TfL the £2.5m lost in congestion charge revenue.

The company, which announced 30,000 job cuts on November 18, has not yet replied.

Why is the compensation process so different in the US, where Volkswagen will reportedly spend up to US$16.5 billion to buy back affected cars?

There are two main reasons: the influence of the diesel lobby in the EU and with national authorities, and the lack of an EU-wide collective redress system.

National carmakers have consistently lobbied national authorities and the EU to gain trust and deal with the fact that most cars surpass legal emissions limits under real driving conditions. The car industry spent more than €18 million on EU lobbying in 2014, making it a powerful force to be reckoned with.

Lobbyists for Volkswagen, Daimler and BMW - as well as VDA and ACEA, the German and European automobile associations - have prevented up-to-date car testing methods and limits from being put in place since the first EU regulations in 2007.

The European Commission has promised new onroad tests since 2012, but these were blocked by the industry. Even after the scandal, in October 2015, car-makers weakened EU emissions limits and delayed the introduction of the new test methods, now scheduled to start in 2017.

The European Commission was aware of the possibility of defeat devices being used years before the scandal broke. But because only national authorities can test cars in the EU's fragmented system of regulation, the matter was not investigated.

In Germany, the Transport Ministry was aware that cheating existed up to five years before the Volkswagen scandal. But although an investigation revealed that most carmakers were using defeat devices, it decided in June 2016 not to fine any of its manufacturers - as long as they organised voluntary recalls of their vehicles.

However, the German authorities did contact Fiat-Chrysler for questioning about its use of defeat devices. The Italian government argued that its own tests had not found evidence of Fiat cheating and reminded Germany that Italian carmakers were Italy's responsibility. Meanwhile, in August 2016 the Italian Competition Authority became the first in Europe to fine Volkswagen €5 million for misleading advertising.

In September 2016, Germany took the matter to the EU, which turned the responsibility for investigation back to Italian authorities. The dispute is still unresolved, but shows how hard transparency can be when national authorities - and the information they provide - are influenced by their national carmakers.

A patchwork system of collective redress

But national lobbying alone cannot explain why results for consumers have been so different in the EU and the US. This boils down to the fragmented state of consumer redress (also known as class action) in the EU.

The European Commission recommended in 2013 that all countries set up collective redress systems for all areas of consumer policy, but only 16 of its 28 member states currently have such laws. Due to the differences in these laws, it is very difficult to bring pan-European class actions to court.

Previous attempts to set up a European collective redress system have failed due to countries' different legal traditions and the fear of a flood of US-style litigation. Consumers are already at a disadvantage in taking on a deep-pocketed multinational, and limiting class actions to country boundaries makes it even harder for consumers to act.

In the US, known for its tradition of litigation, class action was one of the main responses to the scandal. The district court of San Francisco gave final approval to the first settlement in October 2016. US consumers can either sell back their car, or have the car repaired and receive compensation of between US$5,000 and US$10,000 each. On top of this, consumers had already received a US$1,000 "goodwill" gift from VW.

On the other hand, the Italian consumer organisation Altroconsumo brought class actions against Volkswagen and Fiat in September 2014, long before the scandal broke. These were accepted after appeal in 2015 and 2016, and are ongoing. But these actions demand only €500 payback per vehicle, and Volkswagen has made it clear that it has no intention of providing any extra "goodwill" gift to European consumers.

Similar lawsuits are ongoing in several other European countries and are being coordinated by the European Consumer's Organisation (BEUC). But the lack of EU-wide rules mean that even if some consumers do receive remuneration, consumers in countries without collective redress systems will miss out.

These holes in the system leave consumers with less power to place pressure on manufacturers to go beyond the bare minimum - pressure which is vital when national authorities are reluctant to enforce sanctions themselves.

So what prospects are there for consumer compensation in the EU? Progress is still slow, despite pressure from the European Commission and NGOs.

In a belated but welcome first step, Volkswagen recently committed to creating an action plan to better inform EU consumers and speed up the repair process. The website will only provide information that US consumers have been given since the beginning though, and, so far, there are no plans to compensate EU consumers.

Perhaps the most positive thing to come out of the scandal is that it has created momentum for transparency and raised awareness of the need to introduce EU-wide collective redress.

In an opaque system dominated by industry lobbying, fragmented regulation and responsibility, that can only be a good thing.