Are Black Special Education Students a New Supply for Prisons?

Part One: The Problem

When I first met Black activist and writer, Leroy Moore, Jr., I was working on a documentary. I soon came to realize he was not a man who engaged in small talk - he was too busy trying to improve the lives of people with disabilities. As a result, Leroy is in perpetual conversation about his activist work. He's hoping that if he keeps his "big mouth" in gear, a growing mass will listen and come to see the injustices wrought on people with disabilities. Even before police brutality became the center of the news cycle, Leroy was speaking out against it, particularly among black special education students. He believes they are the new supply for our prisons. In this Q&A, I talk to him about his concerns and the possible solutions. 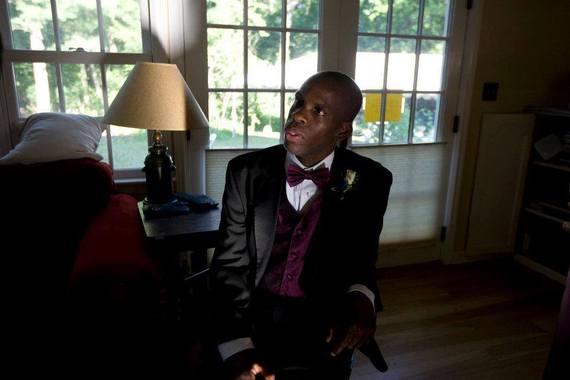 Leroy is the founder of the Krip-Hop movement, which produces hip-hop mix tapes featuring disabled hip-hop artists from around the world. He is also one of the founders of the National Black Disability Coalition; the author of an upcoming book The Black Kripple Delivers Poetry & Lyrics. Leroy also publishes various media on the intersection of race and disability; he's one of the leading voices on police brutality and the wrongful incarceration of people with disabilities. He also lectures around the world on the issues of race, disability, and social injustice. In addition, he's the assistant producer on an upcoming documentary: Where Is Hope: The Art of Murder, a film on police brutality against people with disabilities. Leroy is working with Emmitt Thrower, a retired (disabled) New York City police officer, on the film. Thrower is the producer and director. 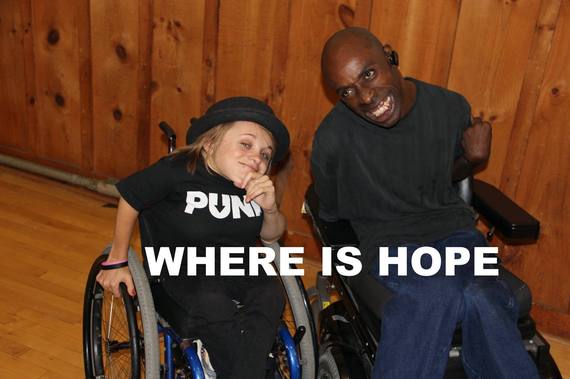 From the documentary, Where is Hope, photo courtesy, Leroy Moore

Question: You spend most of your time writing and speaking on race, disability and police brutality. Do you think your efforts are making a difference?

Leroy: Since I was in grade school I always wrote about these intersections or the realities in my life -- being a Black teen with a physical disability in the 80s. I had to write and speak out because at that time there were no mirrors in my community, and so I had to force a reflection or write about it to see my reflection. Today, there are more mirrors and so I can see my reflection more and more. However, the social issues that I experienced when I was young are still present and have gotten worse. We're seeing more police brutality in the black community and we're seeing it happening among those who are disabled, as well.

There's a tremendously high rate of incarceration among Black men and this has been well publicized. Going back to the mirror, we're seeing this theme reflected in the "Black Lives Matter" movement. But what's missing is the awareness of how Black youths with disabilities are being arrested and brutalized by the police. There's even a lack of awareness from our own Black community. And until recently, there were no national Black disability organizations, so although the NAACP [National Association for the Advancement of Colored People] would sometimes take on these cases of police brutality and other injustice toward Black disabled people, the question should have been: where is the education on disability coming from? Most of the time, it was coming from national disability organizations where the majority of leaders and staff were white.

Question: Do you have statistics on the number of young Black people with disabilities incarcerated or mainstreamed from schools to prisons?

Leroy: Special education today has become a new supply for the prison pipeline, especially for people of color. There's an explanation for this. According to the ACLU [American Civil Liberties Union], public schools have embraced zero-tolerance policies that automatically impose severe punishment regardless of the circumstances. As a result of these policies, the rates of suspension have increased from 1.7 million in 1974 to 3.1 million in 2000. The numbers are much higher, today. So these harsh disciplinary policies continue to push students into the prison pipeline. 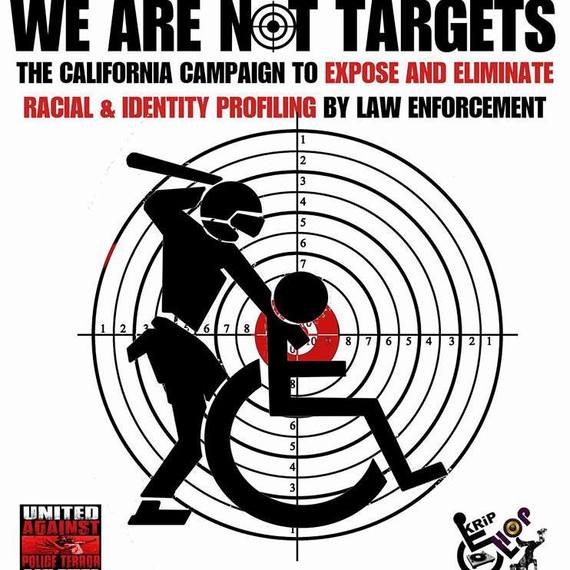 At least one in three students arrested has a disability, ranging from emotional disability such as bipolar disorder to learning disabilities like dyslexia. Some estimate it's higher than one in three. According to a recent story in the Washington Monthly, students with emotional disabilities are three times more likely to be arrested before leaving high school than the general population.

[The story was first reported in the Hechinger Report, a journalist organization that covers inequality and innovation in education.]

Question: Can you offer any examples?

Leroy: There are numerous examples. There's one high-profile case, and I highlight it because it involved a white student to show that profiling is happening even among white, middle-class students. So you can imagine the ones we don't hear about in poor communities who don't have the resources to defend themselves.

The story is about how Jesse Snodgrass, 17-years-old in 2012, and a high-school student, was entrapped by the police. According to a 2014 story in Rolling Stone magazine, an undercover cop targeted him as part of a drug sting. ("When Jesse was five, a neurologist diagnosed him with Asperger's syndrome, a variant of autism; over the years, Jesse's diagnoses would expand to include Tourette's, bipolar disorder and depression," according to Rolling Stone.)

The article documents how he was lured into a situation, pressured to buy drugs for what he thought was a new friend. Wanting to please his new friend, he agreed; he did buy a small amount of marijuana, according to the story. Jesse was arrested and this was the start of his entanglement in the justice system. Fortunately, his parents had the resources to fight back, and they were able to obtain probation and get his life back on track. 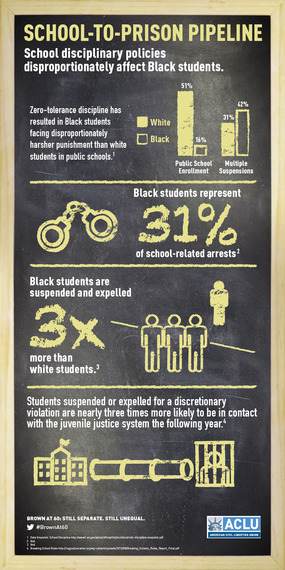 While the case of Jesse Snodgrass ended on a positive note, it's not the case with many black students. A recent story in Huffington Post provides an overview of the racism inherent in special education. Daniel Losen, director of the Center for Civil Rights Remedies, says in the story, "Black lives matter, but even kids who are legitimately identified as having special needs are being kicked out of school right and left, and often for very minor offenses, because they're disabled, because they have a disability."

[In Part Two, Leroy will discuss solutions and changes he's seen since police brutality has become such a major issue.]

Where Is Hope: The Art of Murder, a documentary about police brutality. The film screens/discussion take place in San Francisco, Berkley, and Oakland, California, from October 17 - 25. For more information, contact
Leroy Moore, Kriphopnation@gmail.com