Over the last few months I seemed to have a problem when it came to running down hills.

I kept falling down. I stumbled all over the place. With absolutely no grace.

If you've ever experienced this kind of trend, you know it can get pretty old. 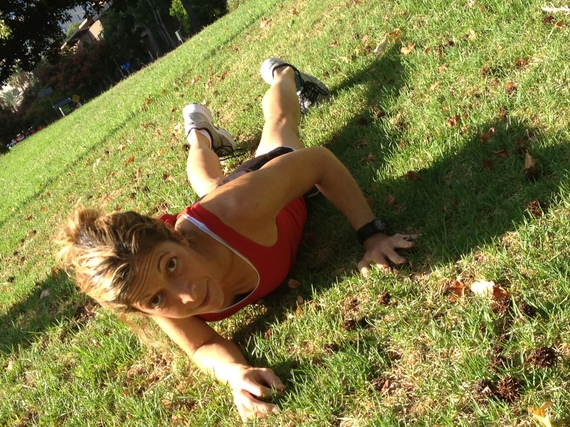 It all began last year, when I decided to try trail running for the first time ever. I was okay going up those big ole' hills, but the downhill part? Not so great.

I was so afraid of falling, of feeling bad...of looking bad, that I tried to fake it...to do it with the same speed and impeccable form as the long-time runners beside me...to look like I'd been doing it my whole life.

And, since I hadn't been doing it my whole life, I found myself falling. A lot.

But then, one day, things changed.

I was at the top of a hill and Christina, one of our trainers, told our group that our goal was to get to the bottom however we could. She told us to play with our form, to spread our feet wide, to spread our arms wide, to gallop down like a horse if it helped.

She gave us permission to look as silly as we needed to in order to get comfortable running down the hill. In order to get better at it.

That day, all spread-eagle and gallop-y, I found myself laughing, enjoying the ride.

And I didn't fall once. Because I stopped worrying about looking bad.

A while ago I wrote a post called Don't Worry, Be Crappy...which was about the need to be willing to do something badly before we could do it well.

Now I submit there's another piece to this puzzle.

Instead, it has everything do with our fear about looking bad while we're doing it badly.

This fear of looking bad can completely get in our way:

Even when we do move forward despite our fear of looking bad, we often find that our egos are relentless...fixating so much on what others might think that any delight is sucked right out of the situation.

Starting now, we need to get over ourselves. We need to know that, sometimes, looking bad is actually a good thing...because it means we're trying something new, we're stretching ourselves, we're taking on a new adventure.

So how can we get past our fear of looking bad?

Yes, looking bad can be embarrassing. But that doesn't mean you shouldn't be willing to let it happen sometimes.

After all, we all deserve to try something new, to get better at it.

And, in the end, to be absolutely delighted by it. 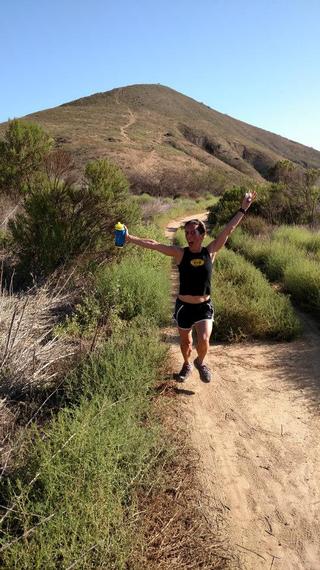 Know that looking bad can actually be really good. Give yourself permission to do it when the time is right.

And be better at things - and more delighted with them - than you ever thought you could be.

PS: Thanks to the folks at Gut Check Fitness for the photo of delight...