I have a confession to make - for the majority of my life, I've been a liar. Not the type of liar who fabricates stories to keep from getting in trouble. In fact, a vast majority of the time, I wasn't intentionally lying to people. I had subconsciously taught myself how to be everything but emotionally honest, especially in the context of dating.

Everything I'd learned from pop culture about how not to lose a guy in 10 days told me to conceal my truest thoughts, feelings and desires if I didn't want to scare him away. Want to talk to him? Don't text him first! Guys like girls who don't appear to be too thirsty. Do you like him? Write it in your journal and keep it to yourself. A girl should never admit she's catching feelings until a guy has made it clear that he feels the same way. Looking for a serious, committed relationship that will possibly lead to... marriage? Forget it! You may as well pack his bags for him.

So for years, I played the game. Don't text back too soon. Play it cool. Don't like his social media statuses too quickly. Don't ask him if he's talking to other women. Pretend to like other guys. Be the girl who never really brings up marriage. And guess what? It worked. From the age of 15 to 25, I was never really single for longer than a month or two. I knew how to get a boyfriend, and how to keep him around. And then one day it hit me - I had been so busy trying to keep guys around that I hadn't given any of them a real opportunity to like me for me.

The truth is, I am a huge softie (soft, not to be confused with weak). When it comes to my emotions, I often put all of my eggs in one basket. I'm not the type of girl to like more than one guy at a time. I love doing nice things for people I love. I love being verbally expressive about how I feel. I do believe in true love, and I think there's magic in true love's kiss. I don't know how to separate physical intimacy and emotional intimacy. Two of my favorite movies are The Notebook and Brown Sugar, and I cry every time I watch them. And yes, I do want to get married one day.

When you really take the time to think about it, it makes no sense to attract a guy based on the traditional "do and don't" list if it doesn't reflect who you are. If you had to act apathetically about things that matter to you to attract a guy, chances are you'll have to keep it up to keep him around. For example, I had a friend who hated the fact that the guy she liked followed lots of "Instagram models." She didn't make a big deal about it because she didn't want to seem jealous or controlling. They eventually started dating, and guess what? She still hates the fact that he follows so many Instagram models. It's caused numerous fights in their relationship, to which the guy often responds, "you never had a problem with it before!"

Learning to be emotionally honest with myself and with others has been the most terrifying, yet most rewarding process. I admit, there are still some days when I beat myself up over things that I've said, like, "Kiara! Why did you say that! Now he'll never call you back!" But if he doesn't call back, he's probably not the right person for me. So what if I lose him in 10 days? I had to decide that I'd rather be rejected for being who I am than accepted for being who I am not.

Dating can be scary, and every relationship is different. In my experience, there is no right or wrong way to go about it. However, if you are looking for love, I encourage you to be honest with yourself and with others about who you are and how you feel. Life is too short to bottle up your emotions. You are dope, and you should never have to convince anyone of your dopeness. Until then, practice loving yourself! And when it finally does happen for you, you'll know that you're being loved for all of the right reasons. 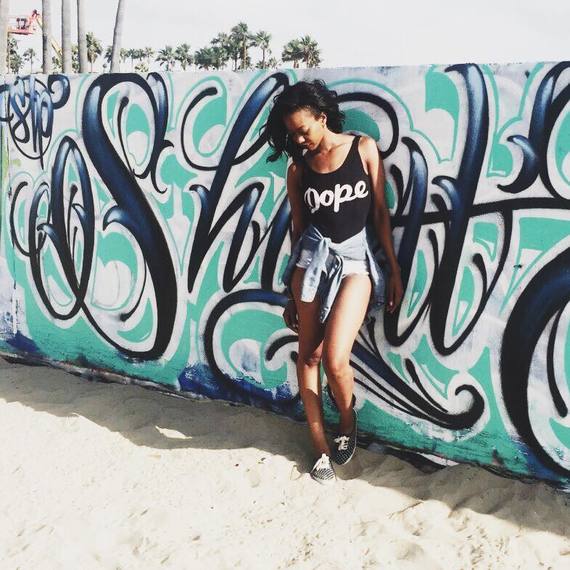