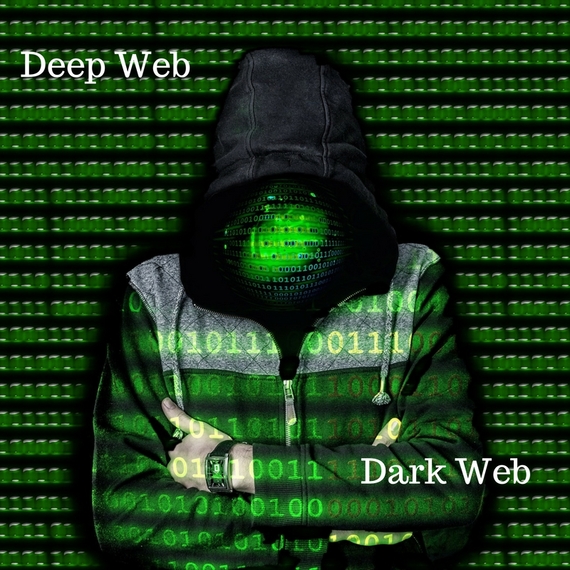 Many marketing pros have no interest in technology, and when I bring up subjects like the deep web and the dark web, their eyes glaze over and they quickly reach for their phones. But after researching online reputation issues for my new book How to Protect (Or Destroy) Your Reputation Online, I can say with absolute certainty that marketing professionals who ignore the deep web and the dark web do so at their organization's or their client's peril.

We begin most of our online interactions through a search engine like Google or Bing, or we access information directly through mobile apps associated with Facebook, CNN, the Weather Channel or another organization that makes its offerings easily reachable. This part of the internet, which everyone can see and is indexed by search engines, is known as the "surface web" and sometimes called the clear web or visible web.

However, vast amounts of information and data are exchanged out of the sight of search engines. Known as the "deep web," this includes dynamic web pages, blocked sites, unlinked sites, private sites (like those that require login credentials), non-HTML content and private networks. Some estimates suggest the amount of information on the deep web (also known as the deep net, invisible web or hidden web) is 500 times greater than the surface web.

Within the deep web resides another area of the Internet called the dark web (also known as the dark net), where individuals can exchange information anonymously, and oftentimes do so nefariously.

In my opinion, the dark web is the "bad neighborhood at night" of the internet. Originally developed by the U.S. Navy as an avenue for secretive communications, today's dark web is best known as a place for more illicit activities. For example, on the dark web you may find individuals selling drugs, guns, illegal images and videos, and private data. Yet, the dark web is also a platform for corporate whistleblowers as well as the journalists who want to speak with them, revolutionaries who are trying to overthrow hostile governments, and privacy advocates who simply don't want to be tracked during their time online. You will also find law enforcement agencies on the dark web, performing covert operations on the aforementioned illegal activities.

One important thing to note is that you are not going to wander onto the dark web by accident. You have to download a special browser, so you can't get there from Chrome, Firefox or Safari and your toddler can't access it on your iPad. (I can't say as much for your teenager).

I spoke with several commercial insurance executives recently who told me that cybersecurity is the number one rising threat to businesses around the world. Security breaches, which can bring major reputational hits, should not just be the concern of big-name retailers, online sites like Ashley Madison or political entities like the Democratic National Committee. Any organization that touches private information - credit card numbers, social security numbers, driver's license info, medical records, and so on - is vulnerable to a security breakdown which could do irreparable harm to the business and its reputation.

If you don't believe this should be a concern of the public relations and marketing professional, then I only ask that you speak with communications managers at Target or Home Depot. When millions of credit card numbers are stolen from a retailer, does this not cross-over from being solely an issue of cybersecurity to one that impacts the company's collective reputation? Of course it does.

Whether we like it or not, as professional communicators we must embrace technology and understand that cybersecurity and reputation management are joined at the hip. If you have any questions about your company's online vulnerabilities, on the surface, deep or dark web, contact an appropriate consultant sooner than later.