Despite the incessant chatter about "burger wars," the competitor McDonald's should be watching is neither Burger King nor Wendy's but Chick-fil-A, according to an investor brief from Janney Montgomery Scott analyst Mark Kalinowski. He calls the chicken chain a "serious and growing competitive threat" to the largest QSR brand. 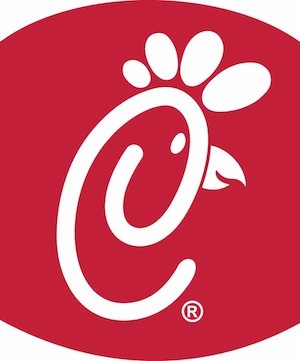 Privately held Chick-fil-A had U.S. sales of $5,052,589 (from 1,775 stores) in 2013, about triple its size in 2003. Publicly held McDonald's dwarfed it with domestic sales of $35,856,000 (14,278 U.S. stores) and while its 47% increase since 2003 is solid, it doesn't match Chick-fil-A's growth, and certainly not the chicken chain's 12.7 percent compound annual growth rate. Kalinowski says Chick-fil-A's growth "was achieved through a balanced mix of unit expansion (which ranged annually from +3.2 percent to +6.2 percent, depending on the year) and consistently positive same-store sales growth."

Kalinowski postulates several scenarios about future growth by both chains. Under what he calls Sensitivity Analysis #1 (positing 4.5% annualized unit growth and 4% annualized same-store sales growth), Chick-fil-A would rise to domestic sales of $11.4 billion in 2023. A second scenario--assuming 5 percent unit growth and 6 percent same-store sales growth)--grows Chick-fil-A to domestic sales of $14.3 billion in 2013.

His scenarios for McDonald's growth are far less confident. One, based on a 2.6% annual sales gain and just 0.6 percent unit growth, moves McDonald's from an estimated $36.8 billion for 2014 to $46.3 billion in 2023. A second is even more dire, based on a 0.3 percent annual gain in both sales and units. Under that scenario, McDonald's sales would grow less than 3 percent to $36.9 billion in 2023.

Chick-fil-A's rapid rise from a distant No. 2 in chicken sales to the category leader, passing KFC, "may hint that it could become a larger competitive threat to many more fast-food brands over 2014 and beyond--and not just chains traditionally defined as 'chicken' brands," Kalinowski writes. McDonald's sells a lot of chicken, he notes, and it is the largest QSR brand so it has the most to lose by the continued ascent of Chick-fil-A. Kalinowski rates McDonald's shares Neutral.