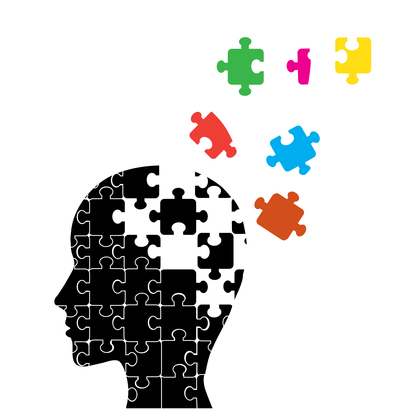 As a novelist who continues to be a practitioner of the art of fiction in the last years of my eighth decade, I have been asked repeatedly how one can avoid the memory blocks that so often plague older people.

Memory is the key to novel writing. Preserving a career in novel writing into one's eighties and, perhaps nineties, requires a highly detailed memory, both long term and short term.

What I have to offer writers here may or may not be scientifically valid for everyone, nor do I have evidence that it is the be all and end all for those who want to continue spinning their tales. But to those for whom novel writing is intellectual oxygen, here it is. Call it chicken soup for the brain.

My AM Memory Exercise

Tuning in to the past is my morning chore before I begin my morning ablutions and I have learned to love the process.

When I wake in the morning, I never get out of bed until I have wrung what I can from my sponge of memory. I believe that everything that happens in the life of a human being is stored somewhere in the brain, intact and perhaps as fresh and viable as when it was first experienced.

With that in mind, I concentrate on recall. It's a deliberate exercise on my part. I try to go back to babyhood and have managed to remember as far back as my days as a baby in my carriage, the sights and smells that have come back to me, the touch of my mother's hands, her voice, my father's face, his voice, his hands, its shape and feel -- every bit of my parents' physical selves. Even now, at the age of 87, I have vivid memories of my third birthday and the names and faces of those among my relatives who were present.

I force myself to remember my grandparents on both sides, what they looked like, how they lived, what food they prepared, what languages they spoke, the rituals that they lived by. I can remember the addresses of their homes, the way they looked and smelled, the sound of their voices, the way they felt, the feel and look of their hands. Oddly, this last memory of their hands always seems to come surging back through time.

I try to remember the configuration of their living space and I can map out in my mind the way in which the rooms were laid out and can place where each person slept. An example is my Grandparents' home in Brooklyn, a tiny two-story house which became a place of refuge during the height of the depression when my parents were dispossessed from their apartment. Eleven relatives were housed in that little three-bedroom house.

I can remember every single detail of that house, its smells, the voices, the look of all of my relatives, the fruit trees in the tiny yard, the big bathtub with the clawed feet, the party line old-fashioned telephone. I try to remember the telephone number but can so far only remember that it began with Dickens something. I try to remember the names of all my relatives, my aunts and uncles, cousins, my friends from the very beginning of my life, their names and faces, their voices, their clothes, the games we played.

I force myself to remember all my teachers from kindergarten onward and have come up with a roster of names from public school through college. I can name many of my earliest classmates. The crowd gets larger and larger as I progress.

I remember all of my girlfriends, my earliest loves and sexual experiences, my passions, and on and on. I can vividly remember all the actors and actresses and their names that appear these days in the black and white movies on the Turner Classic Movie channel. My mother and I went to the movies every time they changed the schedules. In those days movie houses were ubiquitous, not more than a block or two from where we lived.

Constantly Work at Squeezing the Sponge

I catalogue my favorite books from childhood to present, my favorite authors, my favorite radio programs, and all the old television shows. I can remember many of the radio commercials when radio was the go to medium. The more I force myself to remember, the more the catalogue of words and music expands.

I'm sure you get the idea. I work at squeezing the sponge of memory on a daily basis as hard as I can, over and over again. I try to live in the moment of memory. I am absolutely convinced it is all lying somewhere in the brain waiting to awaken by some mysterious force of will.

The people, the environment, the sounds, smells, everything that was seen, heard or felt in one's lifetime lies in wait for recall. In my view the past stays alive even in the present.

It never ceases to amaze me when a detail from my memory surfaces in my novels with all the clarity and reality of when it was first experienced.

This memory search is a constant daily endeavor, done mostly upon waking. I have no knowledge of its exact mechanism but it does work for me and enlivens my writing endeavors, providing physical, emotional and psychological details essential to my craft. It has become an integral part of my life.

Scientists tell us that the brain controls everything and that genetics are the crucial factor in the mind's longevity. It is a well-researched and perfectly logical theory. Of course I have only the parochial evidence of my own experience. Frankly, I don't over analyze the process and I offer it here as a helpful hint to those who write works of the imagination. I have come to believe that it has extended the longevity of my career and I throw it out here in the hope that I can connect with my fellow scribblers.

Do you have a routine?

Warren Adler is best known for The War of the Roses, his masterpiece fictionalization of a macabre divorce turned into the Golden Globe and BAFTA nominated dark comedy hit starring Michael Douglas, Kathleen Turner and Danny DeVito. Adler's international hit stage adaptation of the novel will premiere on Broadway in 2016. Adler has also optioned and sold film rights for a number of his works including Random Hearts (starring Harrison Ford and Kristen Scott Thomas) and The Sunset Gang (produced by Linda Lavin for PBS' American Playhouse series starring Jerry Stiller, Uta Hagen, Harold Gould and Doris Roberts). In recent development are The War of the Roses - The Children (Grey Eagle Films and Permut Presentations), a feature film adaptation of the sequel to Adler's iconic divorce story, Target Churchill (Grey Eagle Films and Solution Entertainment), and Capitol Crimes (Grey Eagle Films and Sennet Entertainment), a television series based on his Fiona Fitzgerald mystery series. Read about all other new film developments at www.Greyeaglefilms.com