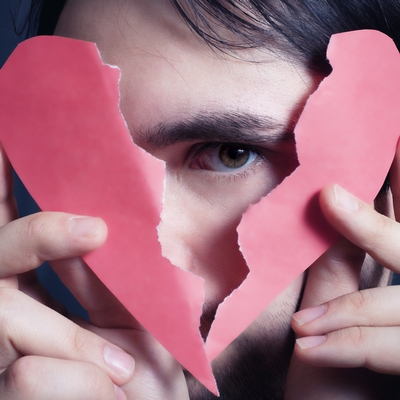 There are many misperceptions about divorce recovery, but one of the biggest is that men move on from divorce faster than women. The gender wars around emotional recovery have been going on for decades, with the false beliefs that men aren't as deeply affected by divorce as women, and that they don't seek help to process their feelings as often.

Before going any further we have to distinguish three fundamental truths about men.

Firstly, men are socialized differently then women. Even in today's world of PC child rearing, boys are generally taught to be strong when the going gets tough, and to deal with their feelings without showing too much vulnerability. They also tend to retreat to heal, hiding out until they have resolved the issue.

Secondly, men are evolutionarily wired to perform. During most of their waking hours they are trying to be the best, and to please others as they strive to seek approval and succeed. A wound or injury may slow them down, but they will keep moving forward regardless of any pain. When their marriage sinks like a ship they are more likely to swim to shore than bail out the water.

Lastly, men are hunters and gatherers. They are designed to go out and seek answers, to fix problems, and to ultimately survive. They are not wired to sit around and wait for things to work out, or to passively hope that the universe shows them the way. They instinctually know that if they stay too long in one place while wounded, they will be eaten alive. Everything in their being tells them to keep moving.

These three innate qualities influence their daily lives, and ultimately how they will recover and move on from divorce. It is my contention that a man's process cannot be compared to a woman's because the differences between the two genders are so fundamentally different.

Plus it's never a good idea to compare recovery rate when it comes to divorce. Every person is different, and has a unique process of healing.

That being said, if you have an Ex who seems to be moving on painlessly and easily, chances are high that you are misinterpreting what you are witnessing. Making presumptions about his experience creates more suffering for you. Comparing and contrasting recovery isn't fair or smart because you will always feel like you are falling behind, or that something is wrong with you.

If it maddens you that he is moving on so easily, turn that frustration inward and focus on yourself. Spending too much time worrying and speculating on your Ex's process wastes your precious time and energy.

If you are looking for signs or clues for the depth of his loss, and level of functioning, you are probably not going to see it easily. He is more likely to immerse himself in a new relationship, work on his physique and appearance, excel at work, and start traveling to exotic places then to sit around licking his wounds and "processing" his feelings.

He may appear high functioning on the outside, but divorce will bring him to his knees in some way, and he will know when he can't do it alone. However, men are all about solutions, so it won't take him long to find the help he needs to pick up the pieces of his life.

Don't underestimate him. Many men seek the help of a therapist or coach, and deeply grieve the loss of their marriage. They hurt, struggle and become riddled with guilt and fear just like everyone else struggling through divorce.

It's highly unlikely that he will show you, or tell you anything about this.

In the end, there is always the chance that he has moved on before you. While this may feel unfair or frustrating, just remember that you are on your own journey.

This isn't a contest or a competition; it's heartbreak.