Despite the enormous and admirable strides women have made in recent decades, there seems to be one physical limitation many women still have:

Reaching for their wallets on dates.

Women can fight side by side with men in war, compete successfully with men in the boardroom, and equal or better us on many playing fields. I predict -- and hope -- the United States will have a woman president within the next three election cycles, perhaps as soon as the next election.

But even with all the momentum towards equality, that kinesiology of getting the hand into the purse to reach for the credit card, particularly on a first or second date, continues to be elusive, apparently. (This is especially mystifying for people over 50.) Can someone explain why that is? 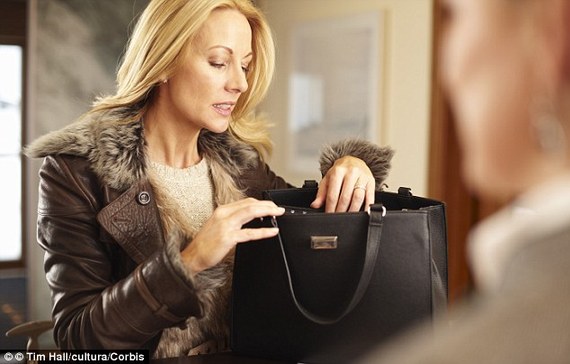 I'd estimate that fewer than 15 percent of the women I have dated offered to pay on a first or second date, and this includes women who made five, 10, or 20 times more money than I do.

(I have been asked before: how do I know how much money these women have? It's not rocket science. If they live in a four-bedroom Park Avenue apartment, if they are national TV personalities, if they talk about how much money their ex has -- a portion of which they often get -- if they talk about how they recently went to Paris for the weekend, one can draw reasonable conclusions. All of these, and more, have happened to me. And sometimes, they'll come right out and say how much they have or something like, "I want someone who is as financially successful as I am." One can assume they aren't saying this if they are poverty-stricken.)

So I am serious about wanting to understand this. I'm not casting aspersions. I'm grasping for knowledge.

Women want, and should receive, treatment as equals on all fronts. As an enlightened liberal and a man with both a daughter and a granddaughter, I want that for the young women I care about, and for all women.

Now, like everything in the world, this isn't an absolute. The most generous woman I've ever had a relationship with was the one who arguably had the least money. She is simply a good person who understands shared financial burden and responsibility.

By contrast, the least generous woman I was involved with had the most money. I won't go into detail, as I make it a matter of personal policy in these columns not to identify anyone. But she had a LOT of money from books, television and ex-husbands. None of that altered the fact that her wallet was apparently super-glued to her thigh.

She never picked up a check. I am not exaggerating. Never. Not once.

I'm not a cheap guy. Ask the woman I took to Venice (Italy, not Florida) for her birthday. Or the one who told me her former boyfriend had written her a monthly check and would I be willing to do the same (No!). Or the several who told me flat out they were looking for a guy with a "substantial retirement account" or similar sentiments. 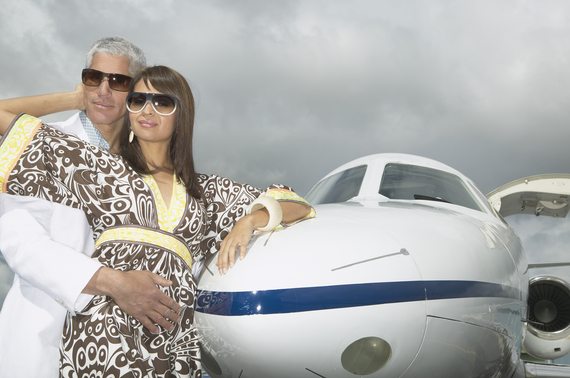 I just want to make sense out of the disconnect between wanting to be treated as equals and expecting the guy to pay.

If I'm wrong, tell me. But first, a few suggestions for women on first dates, or certainly on the first few dates:

1) Offer to pay half. The times that has happened, I have always -- always -- said no, I'll get this, you can get the next one. The offer itself has meaning and shows understanding.
2) On the next date, offer again, and don't be offended if the offer is accepted. It helps set a tone for the relationship, if there will be one.
3) If after a few dates, the guy asks if you can pay, think about how you feel about that. Will you write him off as cheap? Will you wonder what his financial situation is? Or will you think, okay, this is part of the whole equality thing?

Money is a touchy subject. If it becomes a shared responsibility, that's great. If you're looking for someone who always pays, the good news is, he's out there.