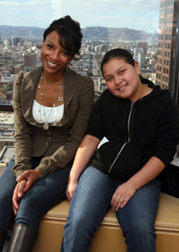 You've been hearing it everywhere, from the United Nations to The New York Times: When we support the growth and empowerment of women and girls, we raise the quality of life for everyone. This is because when women lead they not only lead businesses, they lead in their community, they fight for their children, and they give voice to issues that are important to our collective future -- like education and health care. Makes sense to me.

But how do we get there?

There are a couple of organizations that I have learned about recently that are going in at the ground level and supporting girls and young women in under-served communities through the practice of mentoring.

The first is Step Up Women's Network.

Through Step Up young women are given mentors who encourage their ambition, empower their confidence, and keep them on track by helping them set goals and work toward achieving them. 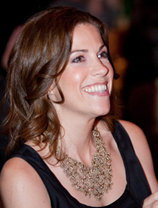 "These girls are smart -- they are capable -- and what they need is you. You are their role models, you are their mentors, you are their inspiration," said Jenni Luke, executive director of Step Up, to a ballroom full of Step Up supporters last week at the seventh Annual Step Up Inspiration Awards in Los Angeles.

Many of the young women who Step Up supports come from gang neighborhoods and families torn apart by drugs, alcohol and abuse. Kara Isreal, this year's Step Up Teen scholarship recipient, is one such student.

"I looked forward to Tuesdays because I knew I was going to be in a stable environment for an extra two hours after my school day. Step Up offered me refuge in programs such as Spoken Word and Poetry where I was able to write down all my feelings, kept in a place no one could criticize, grade or comment about," she wrote in a personal essay. 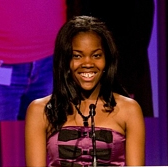 With the help of Step Up, Kara is beating the horrifying statistic: one in three Los Angeles high school students is dropping out of school. She won't be one of them. In the fall Kara will be attending Bethune-Cookman University in Daytona Beach, Florida. "I have escaped the dark place that they call the jungle, survived abuse, and am optimistic about all of the brighter birthdays I will celebrate in the future," she said.

Another organization mentoring young women that I want to talk about is Global Girl Media.

Global Girl Media is training young women to become the future generation of female citizen broadcast journalists. Their focus, like Step Up, is on girls in under-served communities, but they are global, as they name suggests. 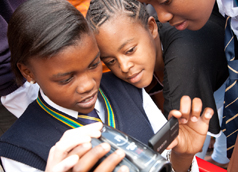 Right now they are training 20 girls in Soweto, South Africa and 10 Girls from East and South Central Los Angeles, to be broadcast journalists to speak out about the issues that affect them most. As they report on the 2010 FIFA World Cup soccer tournament in June, being hosted by South Africa, the girls will be telling the stories that never get told. Some of the topics they will be covering include: gender justice and reproductive rights, girls and leadership, HIV/AIDS, health, educational and career opportunities for women and girls.

"Can you imagine in 10 years if we were to have 50 Global Girl Media news bureaus operating in the most economically disadvantaged places in the world, and those girls connect and form a network of support, education, and power? Well, suddenly we really are affecting change," said Global Girl Media National Program Director Kamala Lopez in an interview on Thursday.

There are many young women and men in this upcoming generation who are extremely compassionate, extremely globally aware, and who want to participate in making the world a better place. However, for the youth in countries and communities affected by war, disease and poverty who have been unable to take part in the new media revolution, this has made it virtually impossible for their voices to be heard. Global Girl Media is on a mission to change this.

Organizations like Step Up and Global Girl Media are leading the way in empowering and inspiring our next generation of leaders.

"With my success I hope to reach down and help the women behind me," said Kara Israel. "We have the power to rise above our circumstances. We have the power to break down barriers and crush all statistics that rise against us. We are women of manner and nobility."

By reaching out to mentor a girl or young woman, you can change her life and put everyone's future in good hands.