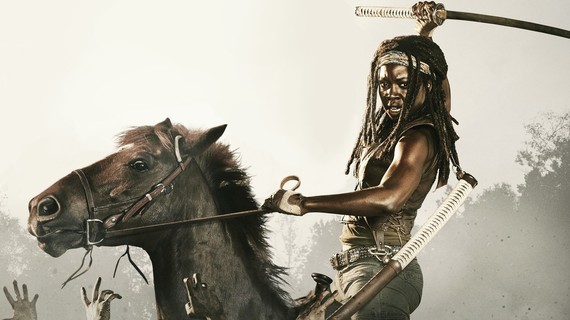 If you are a fan of The Walking Dead (TWD), you know who Michonne is. She's the female lead character of the highly successful franchise, "the most enigmatic character" of the group. As a post-apocalyptic warrior with natural beauty, long locks, a heightened sense of humanity, and great swordsmanship, Michonne is a true survivor and even has an action figure to her credit. However, more than that she is the heart of the entire Walking Dead franchise. For Black women and girls, she represents even more.

Michonne looks like us and processes trauma like us, too. Yes, she can work that katana like nobody else, but she is also very attractive, intelligent, and cares for her surrogate family members. Less caricature and more relatable as a sister, mother, and friend, Michonne is a nuanced personality who has evolved and grown with each season of the show. To say that The Walking Dead is about zombies really missed the point. TWD is gory, brutal, and honest about who the walking dead are and what happens when stuff hits the fan. 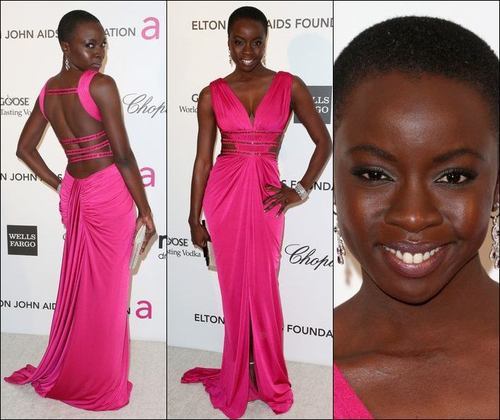 "I got an M.F.A. in acting from NYU, and part of our training is to learn how to use swords in combat situations in a performance and Shakespeare plays where you have to fight." -- Danai Gurira, Actress and Playwright

From her dramatic introduction in season three to the present, Danai Gurira is multi-talented acting force of nature herself, super-fabulous in bringing such emotional depth to her role. Danai's performance is the kind we have not seen lately, in the sci-fi drama genre or, frankly, any other genre. While Michonne does not possess supernatural abilities (it's not that kind of show), I believe that Octavia Butler would be proud. Her presence reminds us of what we have been missing.

"People with nothing to hide don't usually feel the need to say so." -- Michonne

Importantly, Michonne stands beside Rick, not behind him; she is the yin to his yang. Before Rick even knew who the Governor was, Michonne went toe-to-toe with him and won. As a leader, Michonne was the one who ultimately lead the group to safety in Alexandria. She keeps everyone in line, from little boys like Carl who try to run off by themselves, to Rick who has been traumatized into paranoia and bad decision-making ("they're coming for us"), to Sasha who jeopardized the group's safety by acting out. The latter had me worried. As a sister, I did not want to see a physical altercation between the only two African American women on the show (couldn't Maggie have done something?). That scene is too common in other shows. Fortunately, Michonne also gets to show love and concern for Sasha, thus solidifying their sisterhood. 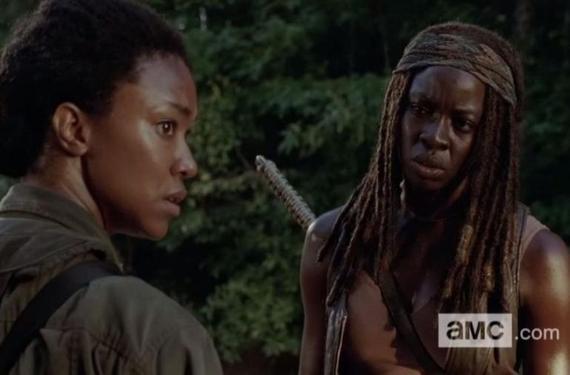 "Anger makes you stupid. Stupid gets you killed." -- Michonne

There is a running joke that when it comes to death on TWD, everyone is fair game and the show producers will only allow one Black man at a time to stay alive. Most of the Black male actors are recruits from The Wire. When viewers experienced the last few deaths in the last half of the current season, we were shocked that three of the deaths were Black men we all knew and loved: Bob, Tyrese, and Noah. So, it should come as no surprise that we get worried about Michonne's future. 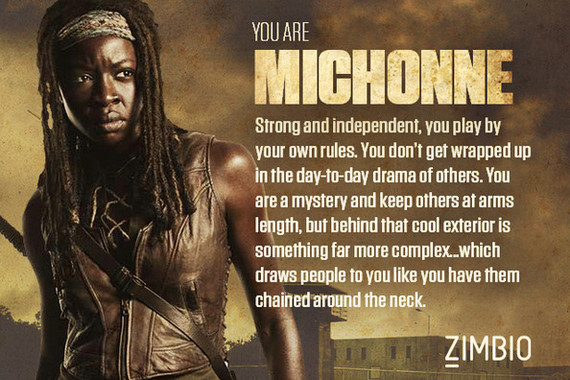 Is Michonne "untouchable" as some TWD bloggers suggest, or is she just another dead person walking? TWD death predictions do not often include Michonne and one blogger, upset with the notion, screamed "Are you kidding me?!" at the mere suggestion. However, we know that threats (especially unpredictable human ones) are ever-present, even in Alexandria. One blogger claimed that Michonne's death "would be the biggest death in the comic series." It hasn't happened in the comics, but they are still being written by its creator Robert Kirkman. I hope he reads this.

As TWD season five finale quickly approaches, I can't help but be slightly obsessed with wanting to see Michonne continue her journey. While I appreciate the creative license and drama that onscreen deaths create, we don't have enough Michonne's to sacrifice this one. If she dies, our hope and dreams might die, too (I am totally serious). Michonne is the reason why many of us watch and care. Instead of meeting death, how about a love interest?