Welcome to the first entry of #MillennialMondays this will be an opportunity to hear from millennials making change in the world, executing entrepreneurially and being entrepreneurial leaders. There are not many outlets that truly give millennials the credit for the work that they are doing. As a millennial leader, I thought it was necessary to showcase those who are doing some awesome work and may not have the light shining on them. The first person I will introduce to you is Makeba Green. Makeba means "Morning Glory." Make was named after South African Activist Miriam Makeba. Miriam Makeba was known for her singing voice while Makeba is known for being a voice for young people. 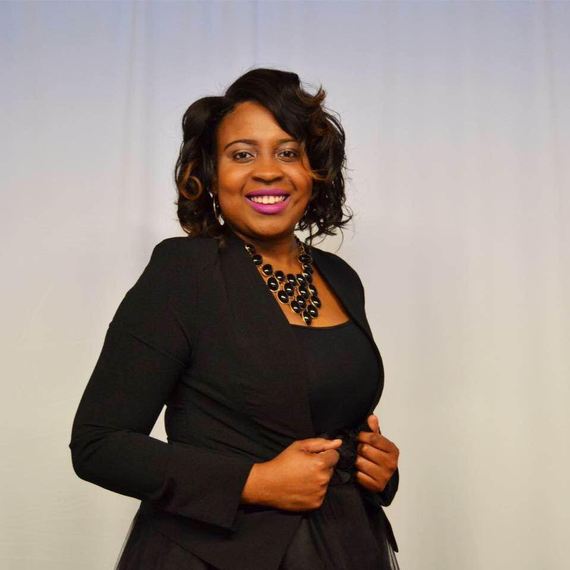 Makeba is a college student who attends Montclair State University majoring in Communication & Media, author of two books; successful leaders of New Jersey and Entrepreneurship the Best Job in the world. Makeba is currently the Youth Chair for the NAACP, along with having the new title of Miss New Jersey for AUMBA and has been featured on radio and TV shows. She has recently launched a mentoring program titled, Girls On the Rise mentoring program which focuses on entrepreneurship, self-empowerment, S.T.E.M, scholarship & enrichment.

When asked about leadership, she struck a cord when she shared that you have to be ready for people not to believe in you. Many people romanticize leadership as if you can show up one day and proclaim to be a leader. As if it is all rewards and no failure, no difficulty and you can have the title after reading a few leadership books. The majority of people never get to the platform because they are not able to get past the disbelief in those around who we desire to lead. The truth is that you must show and prove. You must be rejected, you must grow on the way up.

Rejection is like a mental barbell, the more you lift it the more brawlic you get. The more brawl you get, the harder it is for people to say no.... keep lifting.- Alfred E. Blake IV

Makeba lays it out eloquently for you to read.

You must understand and when it comes to being a leader you have to be ready for people to not believe in you, for people to try to use you in the process, various road blocks, sometimes it's not smooth sailing which I think is important for people to understand that when you proclaim or take on the title of being a leader your faith is constantly being tested. For example, during your path to success, people will often question how badly you want something and test your worth to see if you truly deserve something. As an African American woman, I understand that I have great history of women leaders before me. For example, Miriam Makeba, whom I was named after did a significant job in South Africa by liberating people with her message as a singer. Harriet Tubman who helped lead her people out of slavery, Oprah Winfrey who has made a major impact breaking barriers as an African American Woman in the world just to name a few woman leaders. In terms of me being a leader it was only right that I assumed position to help my people.

We all wish that we had superhuman abilities, some wish they could run at the speed of light, fly at freewill, read people's minds... in short, we all wish that we had superpowers. It is intriguing to know what superpowers leaders wish they had. Out of all people in the universe Makeba's answer surprised me for a second. Then when I thought about it again, it made sense. Makeba shared that she has the SpongeBob superpower. You are probably saying... uhmmm, Alfred SpongeBob has no superpowers.

Just when you thought SpongeBob had nothing to offer...

Although SpongeBob doesn't really have a superpower per say, he has a powerful mantra. Every morning he chants "I'm ready, I'm ready, I'm ready!" and that's the attitude he lives by. This drives him to have the positive attitude he always has. The power that makes me stand out is my ability to have that "I'm ready" attitude, no matter what happens.

Can you imagine being told that you cannot write well solely because you were from Newark,NJ? If you don't anything about Newark... google it. As an entrepreneurial leader you will go through many trials that are made to test your strength. Makeba has been through challenges that would make many second guess their path. She was told by a middle school teacher that she would be pregnant by 16, She's been turned down from support because of her age, because of being an African American woman and preconceived notions from outside parties. Those have only made her work harder to get what she wants.

I am a big believer in the total shift one undergoes when they accept the entrepreneurial mindset. I firmly believe that this alone can shape and impact a person's career trajectory. Makeba explains that her entire life has been impacted by this thought process.

Thinking like an entrepreneur has impacted my life because everything I do or when I shop I always think about a way to solve a problem. Being a business owner, I can't leave the house without thinking of how I can change the world or improve a current system. Thinking with a business mindset has changed my life because when you do things, you don't just think in a small mindedly, you think of how or what can you create the next best innovative idea or product.

In this interview one thing that seems to constantly appear is the understanding that you will have naysayers and people who do not support your work. However as a leader that is a part of the battlegrounds in the beginning. It is a part of the journey and what makes you earn the right to be looked up as a leader. Makeba is an excellent example and I am sure you will hear more about her in the near future.