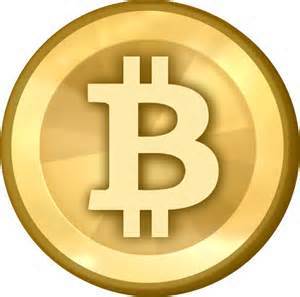 It is entirely fitting that the first crypto currency was born of a mystery creator, known by the pseudonym Satoshi Nakamoto. Nakamoto wrote Bitcoin into existence using C++. He posted a white paper about it. And then he disappeared. But his legacy did not -- Bitcoin has been gaining traction, legitimacy and value since 2009. Today its market cap is over 5 billion dollars strong.

There are many reasons why the rise of bitcoin is in the best interests of millennials. But in this piece, I'm going to focus on one: we should support bitcoin because of the new behavior it enables online.

As of November, we can begin microtipping on websites. Micropayments (payments less than $1.00) are generally too expensive for traditional payment networks to support. Bitcoin is the first to allow small amounts of money to exchange effortlessly anywhere in the world. Already, over 30% of the orders on Coinbase are $1 or below. This development has two major implications. The first is its ability to disrupt the fundamental funding mechanism of the internet - advertisements.

We know that millennials hate ads. Imagine that instead of watching a pre-roll ad on YouTube or Hulu, you could microtip 125 bits (the equivalent of ~5 cents at the time of this article). Imagine that instead of buying a Wall Street Journal subscription to read "Bitcoin Experiment in Real Life," you could microtip 250 bits with a single click. This is an ad-free internet - supported instead by frictionless interoperable micropayments across the world. In that world, a fashion blogger could source a stable income without advertorials or corporate pandering. A musician could collect tips from Soundcloud. A kickstarter campaign could see much broader support.

With the help of micropayments, we could disrupt the advertisement industry, and restore a level of independence to the internet. While millennials may not have the budget for a WSJ subscription, we do have spare change. And that brings me to my second point - micropayments are not only impactful in the world of compensation. They could also support mass philanthropy on a global scale - another thing millennials care enormously about. Imagine if you could give a dollar to a natural disaster relief organization with a single seamless click. If you are a philanthropist, relief worker, crowdfunder or non-profiteer, this should sound pretty good. And if you are a millennial, you already support this type of behavior.

Close to 85% of millennials donated to nonprofits in 2012, and nearly 65% of those donations were less than $100. Take the ALS Challenge--a millennial-driven movement to donate $100 or $10 to the ALS Association. Or, the Obama campaign, which raised over a billion dollars championed by small donors - many of whom took $1, $3, and $10 donation options.

This August, the New York Times found that millennials favor values of good citizenship and social responsibility. We're eager to give back. But given our earning potential, we aren't able to give huge amounts. Instead, the 2013 Millennial Impact Report found that we give in small amounts, and prefer to do so online.
Already, Dogecoin has been used in this fashion - to fund the Jamaican Bobsled Team's Sochi games and build a well in Kenya with charity:water. But Dogecoin does not have the traction, penetration, legitimacy or value that bitcoin does. It was created as a joke, publicized by an internet meme and branded with a Shiba Inu. Dogecoin belongs to a clownish cult of cryptocurrencies like Coinye - which was named in honor of Kanye West, imprinted with his face, and quickly shut down in a trademark infringement lawsuit. They're more novelty than currency.

The IRS's decision to treat Bitcoin as property and tax it for capital gains this May provides certainty for bitcoin investors who may have previously feared the legality of the currency. With that validation, millennials interested in micropayments should wait no more. WordPress is now accepting microtips and particularly astute posts and AMAs on Reddit are receiving monetary praise through a company called ChangeTip. Already, we can microdonate to the Wikipedia Foundation, or microtip a musician on twitter. Join the movement!