Think of a time you sat down in front of a menu, perused your options and thought to yourself, "Actually, a salad sounds perfect." Whether it was a simple arugula salad with Parmesan, lemon and olive oil, a massive Chef salad groaning under the weight of ham, turkey and multiple cheeses, or the formidable (often maligned but never left uneaten) wedge salad, something in the description grabbed ahold of your hunger, shook it and said, "I'M HERE FOR YOU."

Was it the crumbled bacon that did it? The promise of cheddar and swiss? The cooling, vegetal spice of the arugula, promising to cut through the richness of whatever you decide to eat next? I can't say for sure. You know what one thing I CAN say for sure? You never sat down and thought, "Gosh, I could really go for some spring mix right about now." And that is precisely why spring mix deserves to die.

I ordered a Cobb salad recently at a perfectly fine restaurant. I am a sucker for a Cobb salad. Eating a Cobb salad is like getting to eat a little bit of everything. It's also an excuse to eat ranch dressing, which is a thing I don't pass up very often.

When this Cobb salad landed on the table, I couldn't help but notice the care that had been taken in preparing the individual ingredients laid in perfect rows on top. The chicken was brined, grilled to a nice char and diced. The egg whites were diced cleanly, and the yolks had been separated out and mushed through a chinois. The bacon was crispy. The tomatoes had been delicately seeded. The blue cheese came in fat, irregular crumbles from a big, good block. There were house-pickled asparagus chunks there, too -- right next to the diced avocado. The thing about avocado is that you can't dice a bunch of it and hold it. Avocado has to be diced to order to look right. Even the dressing, a homemade ranch, was great. I was filled with happiness that someone in the kitchen had put a lot of thought into a humble salad. But then I was filled with rage, on account of the spring mix.

Here are the top 5 reasons that spring mix deserves to die: 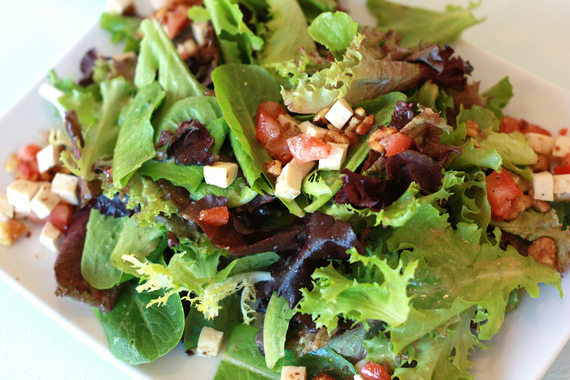 You know this stuff. It slithered its way onto every bar, restaurant, tavern and bistro menu sometime in the early '90s. Usually a mix of baby lettuces, chicories and whatever else the produce company is trying to use up, spring mix has no distinct character because it's always different. A shapeshifter of the most lackluster degree. While it probably served to introduce most of us to mizuna, tatsoi, arugula and radicchio upon its invention, it now feels like an outdated dinosaur.

Lettuce is the foundation of your salad. It sets the whole tone for the rest of the meal. Spring mix's most serious transgression is that it turns every salad into the same boring salad. 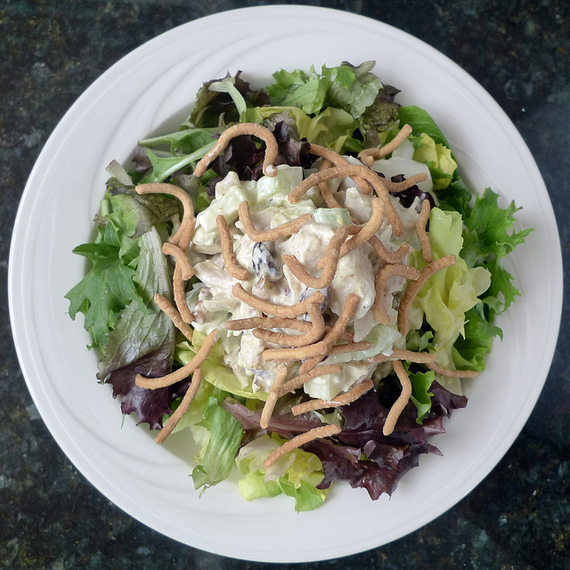 Spring mix is the basic bitch of the lettuce world. Look, if you want your restaurant to feel like a Natural History Museum cafeteria in 1992, serve all your lettuces on a bed of spring mix. Sprinkle some chopped curly parsley around the edge of the plate, while you're at it.

Not only do we now have unparalleled access to produce from around the world, we're also better acquainted with the best stuff that's found in our own geographical regions. We know better than you, spring mix. 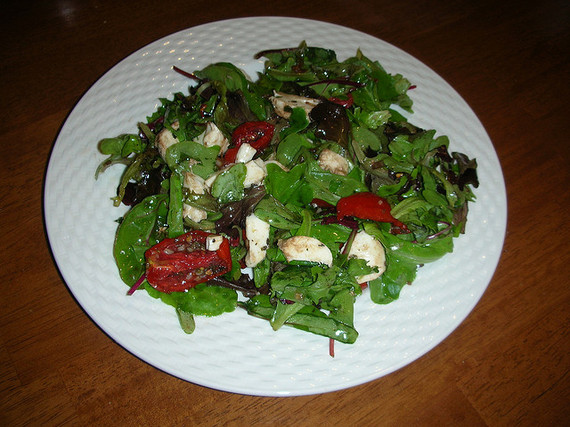 Unless you serve a spring mix salad dressed with vinaigrette the SECOND after it's been dressed, you're going to serve a pile of limp, depressing lettuces that can't even remember their own names. And have you ever tried to toss this stuff with ranch dressing? Tragic. 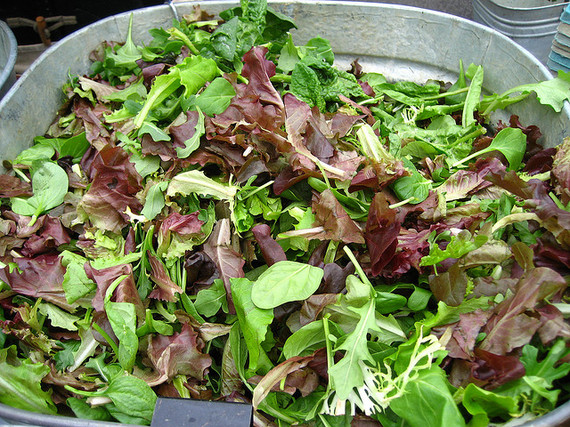 Let's all face this fact together: at best, that spring mix has been grabbed by the fistful from its original plastic bag and slapped onto your plate. Have you ever seen a lovingly plated spring mix salad? No, of course you haven't. If you serve all your salads on spring mix, you're basically admitting that you either don't know the difference between lettuces, or just plain don't care.

If you are in charge of creating salads to serve to other people, you should know the answers to the above questions. It is your job to decide which lettuce goes best with your chosen toppings and dressing. If you can't be bothered, you are in the wrong business.

Pick a f**king lettuce, you guys. 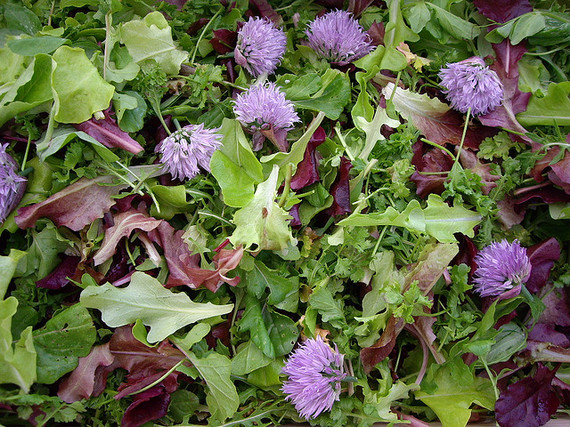 Spring mix has also served to tarnish the reputation of a simple salad of baby lettuces. That salad can be the most satisfying thing in the world, unless it forcibly reminds you of a sad, slimy bagged salad mix. Look at the mixed greens above -- they are the tenderest offerings of a fresh harvest and they deserve some respect.

You can't sit with us, spring mix!