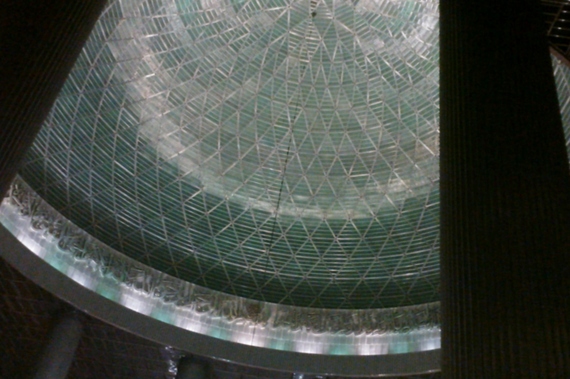 In the wake of terrorist attacks in Paris, France last month, and San Bernardino, California two weeks ago, there are renewed calls for solutions to the problem of Islamic extremism. One familiar refrain coming from within the US and Europe is that moderate Muslims must speak out against the violence that is being committed in the name of Islam. US President Barack Obama increasingly cites moderate Muslims as a crucial weapon for combating extremist ideologies and defeating groups like Daesh (the Arabic acronym for the self-styled Islamic State).

While it's true that military strategies alone cannot defeat Daesh and its ideological ilk, supporting moderate Muslims is a flawed strategy that will fail to change the status quo. The idea is problematic for at least five reasons (there are others, but including them would make this post too long).

1. It assumes that we agree on who belongs to the Moderate Muslim Club.

The term "moderate Muslim" may be convenient and catchy, but it doesn't do much to pinpoint what kind of Muslim we are talking about. Is a person who comes from an essentially secular family background but observes some Islamic holidays, a "moderate"? Technically, this person is a Muslim (and many religiously observant Muslims will think of her as such), but doesn't follow Islam in a way that can have much influence on a person of devout faith. Incidentally, that same "moderate Muslim" (who may prefer to think of himself as a "cultural Muslim") may support the idea of a Palestinian intifada, feel that Hizbullah is misunderstood, or believe that cartoonists who ridicule the Prophet Muhammad should be punished in some way.

2. There are too many Muslims - some of whom do, indeed, self-identify as "moderate" - falling all over themselves to divorce extremist views from Islam.

The beauty of Islam - the inherent flexibility of its interpretation - is also its greatest paradox. The Qur'an is a complex scripture that contains both clear and obscure verses. This is why the best religious scholars of Islam (I mean the 'ulama, not academics like me) spend decades learning how to interpret it. And before they can adequately do this, they are supposed to master a veritable smorgasbord of related subjects: pre-Islamic history, classical Arabic grammar, philology, morphology, syntax, logic, Hadith interpretation, asbab al-nuzul (the occasion of revelation of a given verse, which gives its context), and other Islamic sciences that shed light on the meanings of the text. The majority of Muslim religious scholars (let alone ordinary Muslims) are ill-equipped to carry out this formidable task, which, unfortunately, doesn't stop them from trying.

The problematic of interpretation allows some scholars to convincingly argue that Shari'a law (based primarily on the Qur'an and Hadith) mandates that women cover everything but their eyes and hands, or that non-Muslims should be persuaded to convert to Islam, while others read Shari'a as supportive of women becoming presidents of a nation, and non-Muslims as friends and allies, since there is "no compulsion in religion" (Sura 2.256).

3. It fails to address the problem of nomenclature: the label "extremist" is not always deciphered in ways that make sense to ordinary Muslims.

What many in the West would consider to be an extremist view can possess tremendous symbolic capital within Muslim communities. For example, a Pew Research survey of Muslims in 39 countries in Southeastern Europe, Asia, and Africa found that a majority in two-thirds of those countries favored making Shari'a the national law. This is partly because Shari'a is seen as a preferable alternative to current geopolitical realities (e.g. the unrealized promises of secularism, the persistence of authoritarian regimes, a lack of security, rampant political, economic, and social corruption), but also because such views have historical rootedness in Islamic civilizations. Some of these civilizations laid the foundations for the development of the modern world, and many Muslims know this.

4. Most arguments for supporting moderate Muslims ignore the complex web of patronage networks and shifting loyalties that play to people's fears, drive their actions, and motivate them to support a group like Daesh.

Often, the "influencers" who make the biggest impact are the least moderate or liberal thinkers. Try getting into a public tiff about religion with a mufti in small-town Pakistan and see how fast a mob forms and blasphemy charges are filed against you. (Blasphemy is punishable by death in Pakistan.) Often, advocates of reform in Muslim-majority nations lack the support of powerful networks, or have run afoul of the State, and end up marginalized and persecuted (e.g. Salman Taseer, Amr Khaled, Fethullah Gülen, Nadia Yassine, and Abdolkarim Soroush). This is why so many Muslim reformers end up either dead or speaking out from the relative safety of exile in North America or Europe.

5. Finally (and perhaps most importantly), moderate Muslims are usually invisible.

This is not always their fault. Although lately, we've heard a bit about how Muslims in the US, Canada, Europe, and Australia are speaking out against Islamic extremists, how often do we hear about their counterparts in Muslim-majority nations doing the same? Despite the persecution factor (see point 4 above), there are millions of Muslims actively working against extremism in their own backyards. When is the last time you heard about the work of Nahdlat al-'ulama or Muhammadiyah, the two largest networks of religious scholars in Indonesia (the most populous Muslim country)? They have conducted national campaigns against Islamic extremism well before the acronym ISIS crossed our collective radar. Read much about the other Malalas who risk their lives to fight for girls' education and human rights?

Placing the burden of speaking out upon moderate Muslims won't help solve the problem of Islamic extremism. It only blinds us to the harsh reality that we'll need to take the long road to systematically address the complex, interconnected, sometimes baffling web of factors fueling the rise of this kind of ideology. Only then will it become less appealing, and harder to translate into violent action.