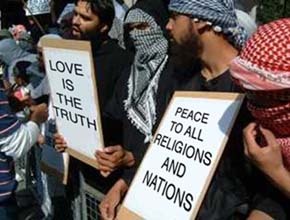 In my previous article titled as "What Moderate Muslims Need to Understand," I tried to explore the linkage between mindset of apparently moderate Muslims and extremism. I tried to show that due to their denial expressed in the form of weird conspiracy theories and apologetic defense, moderate Muslims end up inadvertently supporting the extremists and the radical elements.

But why are supposedly moderate Muslims are like that? As someone who was born and raised as a Muslim in an Islamic country, I have always thought about it and in my opinion reasons are manifold. Some are embedded in our cognitive framework, while rest are outcome of the international events and the actual behavior of foreign players.

Firstly, conspiracy theories appeal to our fundamental and deeply held conviction that a Muslim cannot do anything which would bring a bad name to Islam and lead to adverse consequences to the Muslim community. The central issue is of our mindset which has been nurtured through mythology according to which we are more virtuous and therefore cannot indulge in anything sinister like terrorism. This may explain why it has been difficult for the Pakistani public to believe that Taliban were behind anything. And it also makes sense as to why they are now interpreted as "agents" or bifurcated between "good" and "bad" Taliban to explain once it has become clear that in some factions of Taliban are actually involved in hideous crimes. It also explains as to why Muslims often find it extremely difficult to believe that Arab hijackers were behind 9/11 terror attacks.

This assumption also explains the habit of coming up with apologetic defense (normally given when evidence has become too damning). Since we have a firm belief in our moral correctness, therefore when a conspiracy theory can not "absolve" an act of terrorism , our natural response is to label it as merely a reaction to the "atrocities" committed by the West.

Secondly, we always link consequences with origination. Since terrorism "benefits" West because it defames Islam and gives them a justification to retaliate, therefore in our logic it must have been solely planned by them. A classic case is of 9/11. Since the incidence led to US retaliation therefore a huge majority of the Muslims actually believe that it was actually planned by the United States itself in order to create justification for wars in Afghanistan and Iraq and to defame Muslims.

Likewise in Pakistan, the nuclear issue is extremely sensitive and somehow or the other assumed a central place due to our inherent insecurities and also crisis of identity. Moreover, the nuclear arsenal is perhaps the only thing which actually elevates Pakistan to at least a factor to reckon with at the global stage. It's no wonder that every terrorist activity is then conveniently linked with the global conspiracy to destabilize Pakistan with the ultimate objective of taking hold of nuclear arsenal.

Suicide blasts conducted by Muslim extremists are assumed to be planned by foreign forces so that the concerns about inadequate security of these nukes appear plausible. Now there is merit in this thought that Pakistan's nuclear arsenal would always be giving many countries a cause for concern but to give these amazing spins that Al-Qaeda is planted by external forces to conduct suicide attacks is really mind boggling.

It somehow escapes otherwise extremely rich imagination of the conspiracy theorists that it becomes extremely difficult to take action against even the identified militants due to our deeply held unquestionable and contradictory convictions.

Thirdly, the conspiracy theories also owe their existence (though not the extent of their weirdness) to foreign powers' actual way of dealing which has at times been oppressive and suspicious. The flimsy case of war in Iraq merely strengthened and worst still apparently provided some believable legitimacy to the conspiracy theorists. Whenever there is any question to authenticity to fantastic theories, the Iraq war and USA's general way of handling crisis is cited as justification. As a result weird theories which brand militants as US or Western agents find acceptability. Right now it is hardly surprising that some of the latest conspiracy theories actually blame USA for creating ISIS!

We need to change our mindset if we want to overcome the problem of extremism. As I have already pointed out in my previous article, that actual act of terrorism is only conducted by a fringe but we end up creating conducive environment for them to flourish.

Any society has to indulge into an honest intellectual discourse at the time of crisis. Unfortunately, we not only resist it, but are completely blinded to our own faults. The hatred is misplaced, the enemy is within, but we are totally oblivious to it and in the process strengthening the forces of extremism through appeasement, apologetic defense or outright denial.