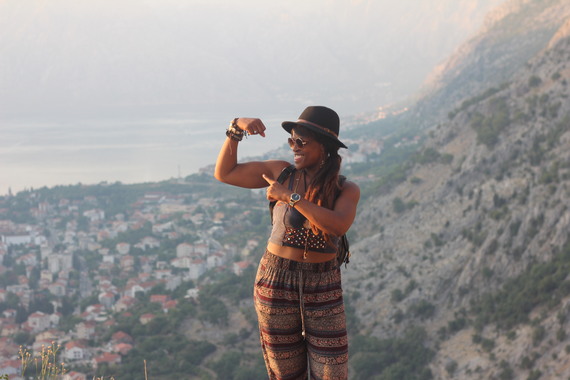 If you're already reading this with a defensive edge because of the title, understand that this article isn't only for Black Americans, but rather about Black Americans, so that anyone who reads this can gain perspective as to how more of us traveling abroad could enhance the experience for others in the future. 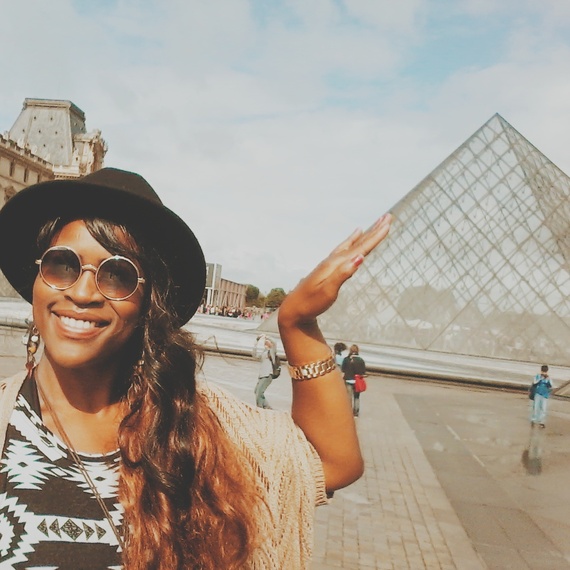 But there are enough articles floating around about some of the negative aspects of being black abroad (racism, discrimination, prostitute labels, etc). And while it's important to be prepared and aware of that very raw reality, here are the reasons why more Blacks should be gracing the European continent with our presence, spirit, and energy.

1. It will normalize our existence to Europeans who've never traveled outside of their country. 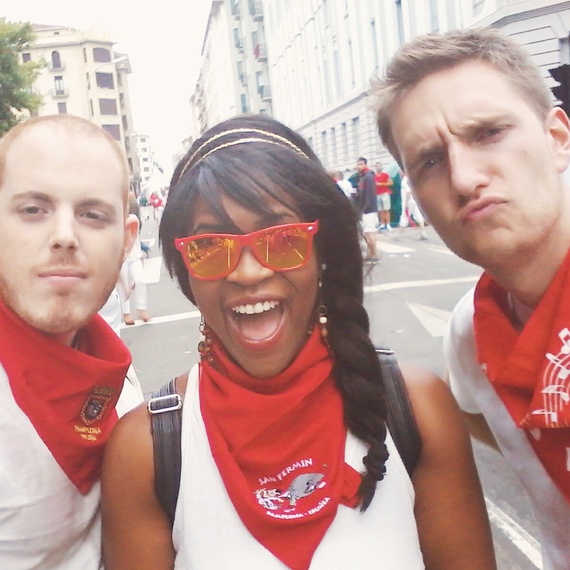 A couple guys asking for a selfie in Pamplona, Spain. Happily obliged and was probably too tipsy to care. #DayDrinking

Yes, it's true. There are actual living people who don't believe black people exist outside of Africa. How do I know this? Because I got into an unfortunate argument with a man who insisted I was born in Africa, and any other explanation was impossible.

And for the people that are aware of Black Americans, they'd never met or seen one up close, so they're sometimes incapable of controlling their gaze of wonder and curiosity. That gaze can sometimes (but not always) be accompanied with touching and uncomfortable kisses on the hand. I know, stay with me here. It gets better. 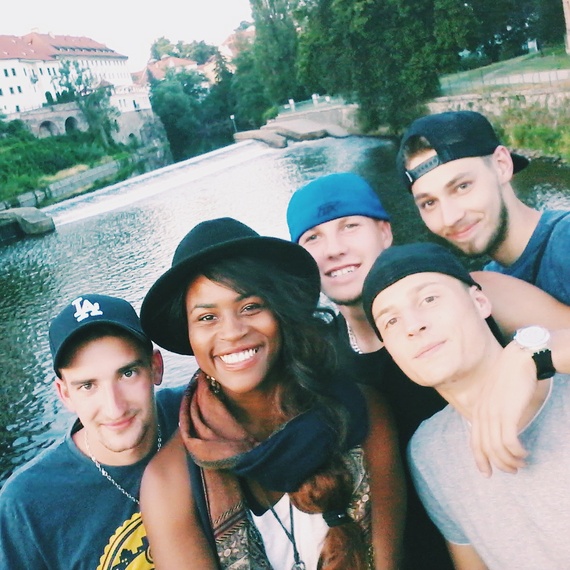 You will regularly take selfies with strangers. Many of them. So prepare. These boys from the Czech Republic asked nicely :)

If black people weren't so rare in some regions of Europe, it'll normalize the fact that we coexist on this planet. You won't find yourself stopping traffic as you, the walking exhibit, make your way down a street of unexpected gazers who are trying to figure out the who, what, where, when, and why of this situation.

2. You'll come to find you get preferential treatment in most scenarios. 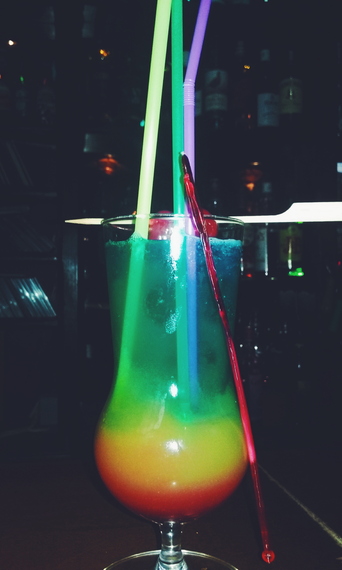 One of five free cocktails on the night in Parga, Greece

This might apply more to just women, but I can really only speak from my experiences and the ones shared with me by other Black American female friends abroad. But since black women are hardly seen in some European cities if ever at all, getting free drinks will start to become a regular occurrence, because "exoticism".

Unlimited drinks at bars, free rides on yachts, handmade bracelets, and home-cooked meals are just some of the hospitality I've experienced for being the first black person someone has met. And yes, they are so excited to share with me that I'm their first. The name's Glo, just here to pop your black encounter cherry. *ahem* As you were... 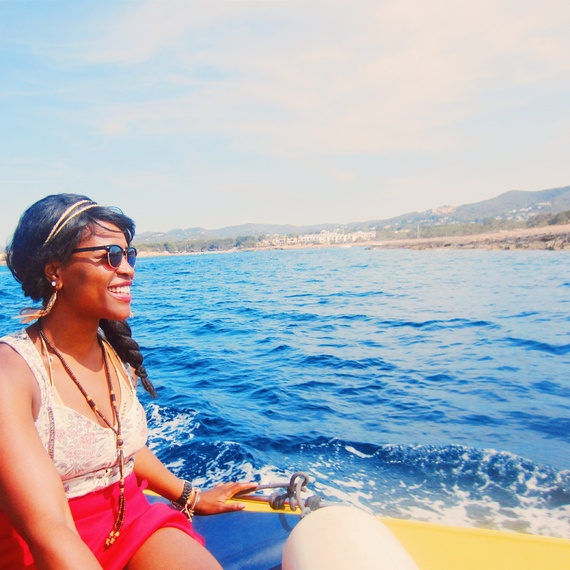 While this also comes with its fair share of hand-kissing, skin rubbing, and dumbfounded gazes, more often than not, people are just simply fascinated by the black skin color and want to let you know how soft and beautiful it looks to them. And however creepy their delivery of said statement can be, just smile and carry on, because they mean well. 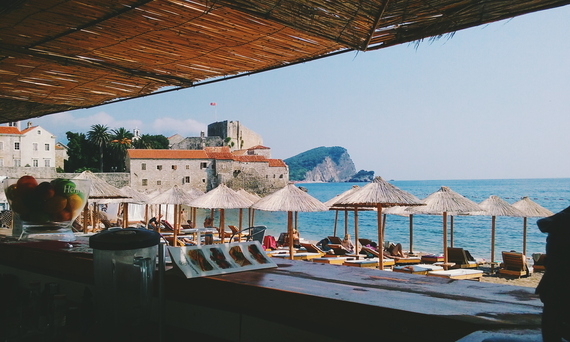 Invited into this private beach lounge in Montenegro and thirst quenched with free cocktails upon entrance. Please, someone save me from my misery!

They've seen us in movies, they know we exist, but just like a dinosaur, if one appeared in front of your face unexpectedly, you too, would stare and want to know more about this figment of your imagination coming to life. So yes, sometimes you are a dinosaur. So be a f*cking Tyrannosaurus Rex and wave those tiny stub arms in all your black glory.

Not to mention, if you just slightly resemble a world-famous tennis athlete, there's a chance you'll find yourself on Facebook with this brilliant caption: 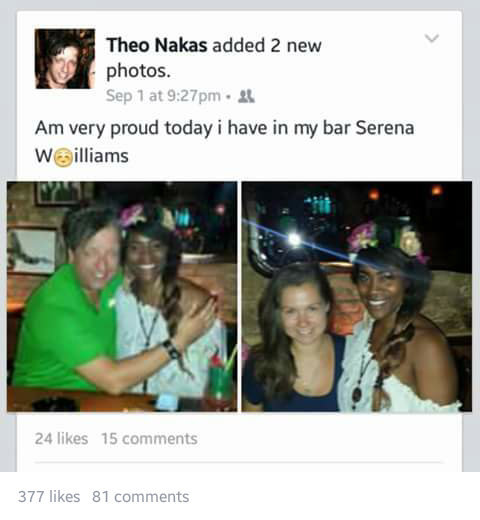 No big deal, just posing for the camera and signing tennis balls in between Wimbledons and Grand Slams. I could get used to this.

3. You will experience the strangest encounters that will make for great stories when you return home. 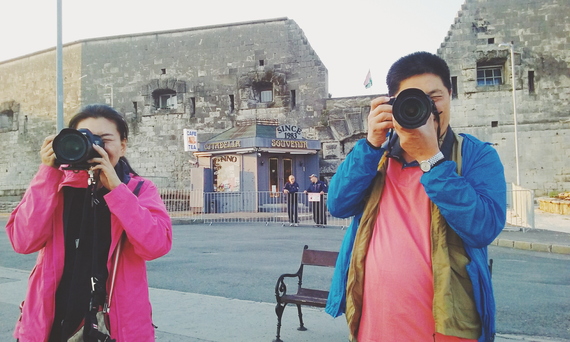 Just minding my own business until I looked up and saw cameras snapping ferociously at me. 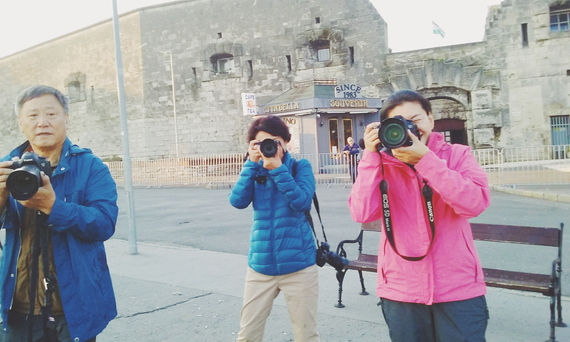 Then out of the blue comes another. Ma'am, are you a ninja? Where did you come from?! 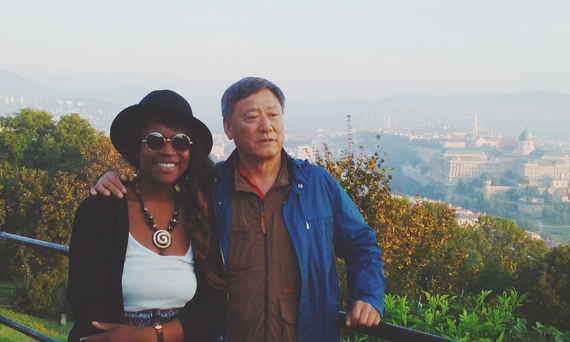 Here's my awkward grin after they decide it might be slightly uncomfortable to be the subject of a photo taken without permission. So they finally ask to take one WITH me. Only took 30 minutes and 3,000 photos for them to be satisfied. Next time I'm bringing my tip jar. #HustlersMentality

From the 6-year-old boy who found it necessary to rub dirt on my wrist and inform me that they're basically the same color, to the Greek man who insisted on grabbing my arm and exclaiming the discovery of the contrast of our skin colors. However offensive or disturbing, there is always an opportunity for at least one person to come away from the experience more enlightened. Spoiler Alert: It usually won't be you. 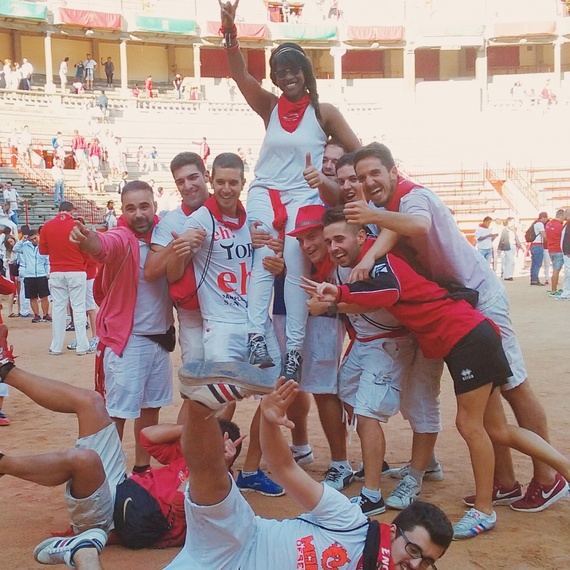 Being hoisted in Pamplona for being the only "morena" in the arena after running with the bulls.


We're an enigmatic and multi-faceted group of people who can learn a great deal from the other side of the world just as much as they can learn from us. (Not referring to the time a Russian woman at the club grabbed my ass and said I wasn't shaking it nearly as hard as I'm capable of). Oh, stereotypes. I must not be pressured to live up to thee!

Nevertheless, the European culture is so dynamic and eclectic, and so are black people. But how else will they know unless we visit the very countries deprived of our soulful flavor? 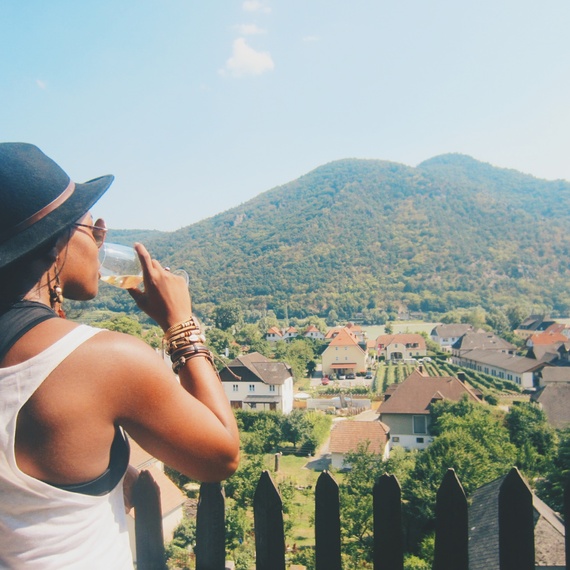 Being sophisticated in Vienna, Austria. #rare

If we gradually started increasing our presence around Europe in a variety of roles like teachers, managers, receptionists, nurses, and everyday tourists, think of how much their perspective of us will change and most importantly, help negate the one-dimensional characters western media portray us as. We are educated. We are talented. We are fabulous. And all of Europe needs to know it. 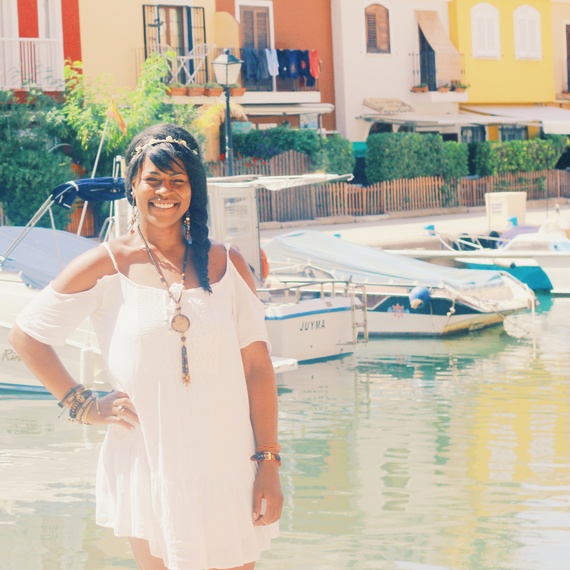 The best hospitality I've ever experienced while traveling Europe the last two years came from Romania, Croatia, Montenegro, Belgium, and Scotland. So I invite my fellow Black Americans to give these countries a try first and share your experiences with me!

This post was originally published on Gloria's travel blog at TheBlogAbroad.com and republished here with permission. 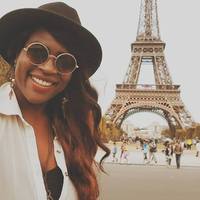 With expensive dreams and an affordable hustle, Gloria Atanmo is on a mission to show others that there's a world of knowledge out there that can't be taught in a classroom. To explore a life beyond our imaginations to reach new heights and gain new perspectives. There's no way in hell she was put on this Earth to just pay bills and die. Newsflash: neither were you.