Meet Una Vida -- a jazz singer from New Orleans confronted with the daunting challenge of caring for herself as her mind and memory start to slip away. Meet Alice -- a renowned Columbia linguistics professor starting to lose her mastery of the words that once defined her. Meet Henry -- an elder black man passing his days away in a half-conscious state in an assisted living facility in New York.

Henry, Alice and Una Vida have three things in common:

Dementia is a terrible disease, for both the patient and the caregivers. If you are close to anyone who has suffered from Dementia or Alzheimer's, you know this all too well. In addition to the suffering that the individuals go through, the impact on society is enormous. According to a report in Scientific American, dementia affects nearly 45 million people, a number expected to double in the next 20 years. Meanwhile, the cost to the global economy is expected to be as much as $550 billion. Alzheimer's drugs rank at the bottom of the list of pharmaceutical solutions -- scoring in at a 95.6 percent failure rate. If you factor in the negative side effects, the exorbitant cost to the patient, and the social stigma around the disease, you end up with a pretty grim scenario. Surely, there must be a better solution.

I've just returned from the Exponential Medicine conference, where I had the privilege to present on a range of alternative therapies, including music, to leaders in health care and technology. One of the goals of the presentation was to increase the recognition and acceptance of music as a healing modality and to create opportunities to more effectively integrate it into health and wellness programs -- an aim that is also at the heart of our WHY Music campaign. 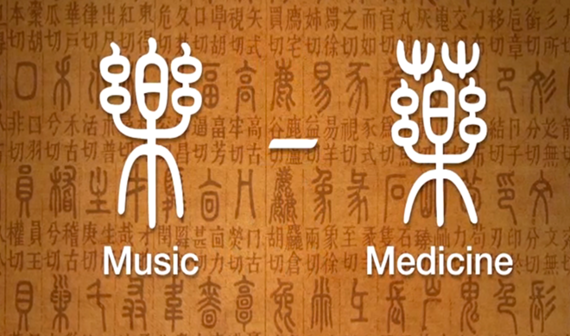 While music can serve as an effective therapy for a number of conditions, the positive impact on people suffering from Alzheimer's and dementia is so extraordinary that it should have us all singing its praise. Convincing the medical-science community, potential investors, and even the general public, however, takes a lot more than proof of concept. To help us create these necessary perception shifts, there are very few means available that are as powerful as film. Through their stories, and the films that portray them, Una Vida, Henry, and Alice offer personable and engaging testimonials to music's power to heal.

Henry is one of several residents of an assisted living facility who has experienced a dramatic improvement in his state of wellbeing and quality of life through music. Alive Inside is the documentary that shares their remarkable stories and the testimonies of those who bare witness to their transformations. Through the lens of Director Michael Rossato-Bennett, we follow the journey of Dan Cohen, a social worker on a mission to bring music into assisted living facilities across the country. The film is so revealing, and the impact so undeniable, that over 900 facilities have already adopted Cohen's Music & Memory program; and three states -- Wisconsin, Utah and Ohio -- are taking steps to mandate music programs in their assisted living centers.

Una Vida and Alice are the names of the main characters in two different dramatic films that premiered with critical acclaim on the festival circuit earlier this year. Una Vida is also the title of the first film and of the book upon which it was based -- a true story by neuroscientist Dr. Nicholas Bazan following his relationship with the real life jazz singer and street performer (Una Vida) as her world starts to unravel due to dementia. Directed by Richie Adams and starring Joaquim De Almeida, Bill Cobbs and Ruth Negga, Una Vida is an extremely moving story and well-crafted film, winning eleven awards at its first half-dozen film festivals. Dr. Bazan, Director of the LSUSM Center for Excellence in Neuroscience in New Orleans, is committed to increasing awareness and has created an international task force to bring the research supporting the benefits of music for these brain disorders to the forefront of medical-science.

Still Alice is an upcoming release from Sony Classics about Columbia professor and cognitive psychologist Alice Howland, whose increasing forgetfulness unveils the early onset of Alzheimer's. Based on the bestselling novel by neuroscientist Lisa Genova, and directed by Richard Glatzer and Wash Westmoreland, the film stars Julianne Moore in an Oscar-contending performance as Alice. Still Alice tells the story through the eyes of Alice herself, offering the audience another perspective into the tremendous challenges of dementia and Azlheimer's.

By combining great storytelling, loveable characters, and the power of music, film is one of the most powerful ways to engage audiences, raise awareness, and shift perceptions around these health issues and the important role that music can play in addressing them.

The key is to connect the dots between the awareness created by the films, the work being done on the ground by committed people like Dan Cohen, and the scientific research by experts around the globe like Dr. Bazan's team. We will need all of these components to engage the medical-science community and to convince those capable of funding these critical programs to step forward. The time has arrived to bring music back into health care and the places we need it most.

Here's what you can do to help:

If you would like to experience this blog complete with images, you may do so by viewing it on the EarthTones website.