1. The effect of sanctions on small and medium South Korean sized businesses is larger than those on North Korea. The Kaesong Industrial Zone obtains all of its raw materials from the South. Production is then carried out at Kaesong, and the finished goods are brought back to the South. Since distribution costs are of utmost importance, the industrial complex was built in Kaesong, as close as possible to the military demarcation line. Let's say wages to North Korea represent 1 unit. In that case, the cost of raw materials is 5 units, and the direct economic effect is more than 10 units. If the Kaesong Industrial Zone shuts down, then North Korea loses only 1. On the other hand, South Korea suffers a loss of at least 10.

If it chooses to do so, North Korea can easily utilize Kaesong as a consignment-manufacturing complex targeting Chinese businesses. However, the small and medium sized businesses that withdrew from the Kaesong Industrial Zone have nowhere to go, as it is difficult for labor-intensive businesses, working for example in garments or shoes, to invest overseas. The majority of businesses that are part of the Kaesong Industrial Zone already have experience investing overseas. They have exhausted their options and chose Kaesong as a last resort. If Kaesong closes down, these businesses will have no alternative, and will be forced to shut down.

2. Has North Korea used wages from the Zone to develop weapons of mass destruction? The Ministry of Unification has put together a detailed answer to this question, which is readily accessible on the Internet. Money from the Kaesong Industrial Zone is earmarked for three uses. First, North Korean authorities take a fixed portion for welfare costs (such as housing, education, health care). Next, a portion is paid to laborers in the form of 'wages in kind,' as well as cash wages. Wages in kind --in the form of vouchers-- can be used to buy goods at exclusive stores in the Zone. This portion was in fact increased after Kaesong laborers lobbied continuously for an increase in pay. The remaining dollars are converted into North Korean won and given directly to the laborers.

Will it even be possible to compensate the companies involved? You can bring up cooperative economic insurance, but previous shutdowns of the Kaesong Industrial Zone have proved just how excessive losses can be.

The Secretary of the Ministry of Unification stated that wages from the Kaesong Industrial Zone have been diverted to fund the development of weapons of mass destruction, but there is no concrete evidence.

3. Is compensation even possible? The construction of the Kaesong Industrial Zone was funded by taxes from South Korean citizens. Electricity is supplied directly from Munsan. The South Korean government funded most of the construction --from sewage facilities to almost all of the infrastructure-- through taxes. Because the government announced a unilateral suspension of the Kaesong Industrial Zone, South Korea will invariably be responsible for all damages incurred in the the so-called 'liquidation phase.' Is it right to give up on South Korean citizens' taxes that easily? 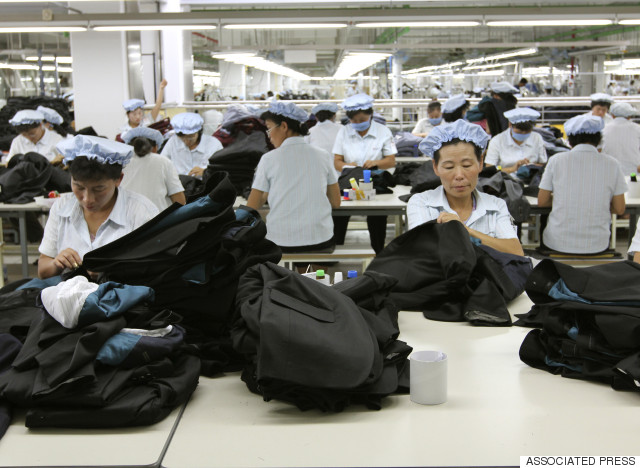 Will it even be possible to compensate the companies involved? You can bring up cooperative economic insurance, but previous shutdowns of the Kaesong Industrial Zone have proved just how excessive losses can be. It's not like a joint fund between North and South Korea has been growing all this time. It's hard to envision how companies could possibly be compensated.

4. The South Korean government should assume all responsibility for the termination of the contract. "Although North Korea and South Korea do not have a country-to-country relationship, North-South economic cooperation agreements fall under international legal conventions. Therefore, actions to suspend business at the Kaesong Industrial Zone, which was the focus of several economic cooperation agreements (such as the 4th Economic Cooperation Agreement, Kaesong Industrial District Act, agreements related to entering and remaining in the Kaesong Industrial Zone, etc.) represent 'unilateral suspension,' per these agreements. Specifically, it's clear that provisions related to the conclusion, termination, or withdrawal, outlined in article 56, paragraphs 1 and 2 of the Vienna Convention on the Law of Treaties, have been violated."

5. The South Korean government didn't consider the companies at all. The decision was made in the morning, the press release was released at around 1 p.m., and a conference with representatives of the companies was held at 2 p.m.

The South Korean government, which should first and foremost ensure the safety of its citizens, is acting very irresponsibly.

If the companies were informed even a few days earlier, they could have at least recovered inventory from their warehouses when they left the Zone ahead of the Lunar New Year holiday. Because the South Korean government terminated the contract unilaterally, North Korea would be incurring damages; there is a very big possibility that they will try to make up for these losses by recovering equipment or products. As the Ministry of Unification so neatly put it, because of this contractual breach of international law, North Korea will surely exercise their right to indemnity.

Ultimately, small and medium South Korean businesses are being forced to exit empty-handed. The South Korean government is referring to it as a "break in operations." Yet if you look at it logically, it is closer to a shutdown. The problem doesn't merely stop at the announcement of the suspension. Issues are increasingly piling up, starting with wages. It will most likely be impossible to avoid the possibility of temporary detainment as the dispute unfolds.

The South Korean government, which should first and foremost ensure the safety of its citizens, is acting very irresponsibly. Even if they wanted to suspend operations, there was plenty of time to go through the necessary steps, take responsibility, ensure the safety of the workers in the zone, and minimize financial damages.

6. The government's measures are too weak. The Ministry of Unification told the small and medium sized companies that they would search for a replacement area of land in a third party country. No company is going to believe that. Is there anywhere in the world where you can pay $150 a month for manual labor? Whether it's Russia or South East Asia, even if you create a substitute industrial complex, will the government really offer wages in return?

Why haven't many companies withdrawn from the Kaesong Industrial Zone during the difficult times leading up to the suspension? Even though it was an uneasy situation, both politically and militarily, and even though there were movement restrictions, the availability of high-quality, cheap labor made it worthwhile for companies. The attractiveness of low-cost labor made up for all the unfavorable conditions. Minus the wage variable, any alternative would be useless.

(One or two companies may emerge in the near future on TV to reveal problems with the Kaesong Industrial Zone, but the tension among participating companies is significant. Even if they have something to say, they may refrain. Yet it's clear that there is a large number of companies that have experienced financial difficulties due to internal problems.)

7. The government must not act like it did in 2013 and divide businesses into opposing sides, aggravating internal conflicts. Even if they are more competent in this area than in any other area, they must not joke around anymore. This post first appeared on HuffPost Korea. It has been translated into English and edited for clarity.