There is no denying the overwhelming effect that diabetes has on my life. But it affects everyone else involved, just as much.

Such as my husband -- who is my biggest supporter 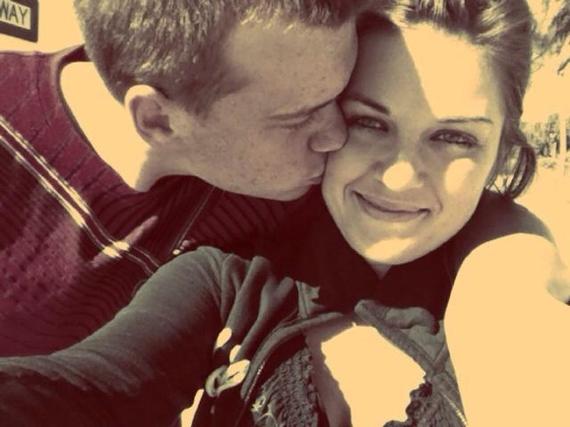 I couldn't imagine my "whole world" walking around with the uncertainty of what could happen.

From the time I get up in the morning -- until the time I time I go to bed. He worries.

He is constantly worried about my sugar dropping low and his inability to be there to save me.

Sure, it gets annoying. I'm also probably one of the most stubborn diabetics around. The smothering effect is just all too familiar. I sometimes feel like I'm not trusted or that I lack certain independence.

But deep down I am flattered by how much he cares. "Honestly, where would I be without him?"

He didn't choose this life of battling diabetes. He chose me. Diabetes just comes with the package.

But what amazes me about him, is that he actually likes that I'm diabetic. "Crazy, right?" Of course, he would give me a cure in an instant if he could. But he tells me all the time that Diabetes is a part of who I am. It's what makes me unique. It has shaped me into the person he admires today.

I see his point, though, "everything happens for a reason right?"

I do have to give him credit. He definitely has his work cut out for him. Being a family member/significant other/spouse of a diabetic is not easy.

He's seen me at my lowest lows and my highest highs. It's something not everyone has to go through in life. The obstacles and challenges that I face in my life, he has been through the majority of them. He's been there for half of my journey with diabetes thus far.

He's taken the time to actually educate himself about my diabetes. He can sense when my sugar is low, he says that I have a certain "look." He encourages me to live an active lifestyle and helps better my life in any way that he can.

I love it when he tries to impress me with how much he knows or correct me when I'm wrong. Even though I may not tell him at that moment, all that he does is appreciated, and doesn't go unnoticed.

He's never given up on me -- even when I've felt like giving up myself. He continues to push me to strive for better. He doesn't show pity or see failure as an option.

I couldn't have done it without his support. Till this day, he continues to be my rock.

All I could ever want in a partner is someone who's going to stand by me through the hard times.

Those are the times where it really counts the most...