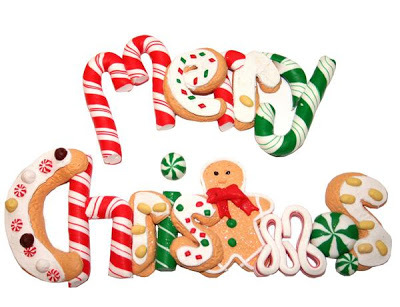 "Dear Melanie, went to see the New York windows last night, and, OMG, met two gays! Real lives ones. Men! They were sooooo cute, and look just like they do on TV and in that beautiful sad cowboy movie. Really skinny waists, too, like 32 or something. And it's true what they say: They do have muscles, really big ones. I so wanted to touch their chests, but that would have been impolite. And they're like ornaments; you're afraid they could break! I wonder if they even eat. And get this, Melanie; they were both wearing black. On Christmas! But it looked way cool. Not depressing or anything like that Lordes chick. But daring, you know, like when I saw Chicago with Lilith from Cheers. They were standing in front of the Bergdorf windows ... could that be more perfect? Can you imagine what their windows look like??? Or their tree! Sigh... I bet you they don't even have LED Christmas bulbs.

Okay, so I asked one if I could take his picture, and he said yes! I was so nervous, but he was really nice, just like a real person, and said thank you and smiled and wished me Happy Holidays. I know, right? Not Merry Christmas, but happy holidays. Do you think he thought I was Jewish? Smiley Face. I feel so PC. Barbra Streisand has nothing on me! LOL. I told him I've seen Funny Girl 16 times! I really wanted to ask if I could friend-request him on Facebook, but I just couldn't get up the nerve. That's just silly, I know, but his friends are probably like all those sexy naked men on American Horror Story. I NEVER would have posted a thing. I bet they live in a town house just like the one in Breakfast at Tiffany's. They probably drink martinis and have cigarette holders at parties. Or maybe they're more low-key, like Little House in the Big Woods, with a roaring fireplace and Christmas carols and presents everywhere and Mariah Carey in the background.

Get this: At one point I pretended I was sorting through my brand-new Gucci purse that I got from a guy at Rockefeller Center (guess what your gift is?!), just so I could listen to them discuss one of the window displays. Melanie, they were so intense it was like those lectures from that old English teacher we had, the one who always quoted Tennessee Williams and had those amazingly handsome T.A.'s who worked really late hours and never spoke to us. The gays were talking about one of the dresses and mentioning Liza Minnelli and Bernadette Peters and someone named Halston. I'm not sure who he is but it sounded like he and Liza might be dating. Great dish, right? I'll bet you they both work in theater and probably even know Nathan Lane!

At one point the taller gay, who was more groomed than the shorter one, and had a beard like the new Speaker of the House, got heated up and said something to the shorter gay about another gay who walked by (I know; there was a whole gaggle of gays!), one with no facial hair at all and super, super-tight skinny jeans, and the shorter gay got mad and said something about how he doesn't like Twinkies. See, they do watch their weight! Then HE got mad about that third guy running for the Democratic Office, you know the sexy one with the Irish name, O'Malley something, and ranted on about Tall Gay's love for, get this, "Daddies." SO CUTE!. Melanie, it almost sounded like he was a poor little orphan! Just like Oliver Twist!

Anyway, I'm sure the taller gay deleted the photo. It was pathetic and probably out of focus. I mean, have you seen the way these guys take selfies? It's like watching Mozart. They were adjusting lighting and filters and taking some with smiles and some without and adding a Photoshop feature. And they do NOT use a Selfie Stick. That's just their DNA talent, I think.

Anyway, we had to go, and I didn't want to bother them anymore, because they looked like they were headed to some sort of fabulous Christmas party--you could just tell they knew Madonna--and I didn't want to interfere or seem like some silly love-struck fan. Besides, On Your Feet! was about to start. So we're about to leave, and I looked over to say goodbye and they were sharing a kiss! Right there, in front of the nut-selling guy and the Santa Claus charity person and all those little children carrying Star Wars Light Sabers.

But the thing was, Melanie, it was so beautiful and sweet and romantic, with the Plaza in the background and the flickering colors and those fake snowflakes above the street. And it wasn't gross or slobbery the way Bob does it after he's had a few. You KNOW what I mean. It was so beautiful and touching that I just wanted to march across the street and go yell something nasty in front of those awful people in the Trump Tower! But I didn't because this is Christmas and it's a time of love and Gloria Estefan was waiting.

Then, the shorter gay saw me and came over and I was so worried that he was going to be mad because I invaded his habitat, but he gave me the biggest smile ever and, get this, asked me if the three of us could be in a picture together! Oh Melanie, it was just like a dream or something from Love Actually or Titanic. He had perfect hair, short on the sides and really pouffy on top, and shiny skin and smelled of some far-off exotic cologne, like how I imagine those guys smell in the Perry Ellis advertisements where they ride horses and wear farm-like outfits. I don't think he had a wrinkle on his entire face. Now that's hygiene!

He took a photo of the three of us together and it's my most beautiful New York Christmas memory ever! Even though next to them I look like something the Grinch spit up. Crocs with Socks is not as clever as it sounds. LOL. And yes, the photo is attached! Surprise!!! I love the city, and I love my gays! And on this Christmas, God Bless Us EVERYONE!"