It took almost two decades for credit card payments (followed by debit cards) to become globally ubiquitous, so it might be reasonable to think that a paradigm shift at the POS will take years to become mainstream. Why would you spend money deploying expensive NFC-enabled (Near Field Communication) POS terminals unless consumers were going to use them, right? Is this why Apple chose to snub NFC technology in its latest iPhone?

In normal circumstances, if there were no competition, this would make good business sense. The problem for the banks and networks is that they think the "card" is defensible -- that this product has enough inertia for consumers to not be bothered by the fact that they can't yet pay with their phone at every POS terminal. In the U.S., this inertia has not only meant a slow roll out for NFC, but has also seen U.S. merchants slip seven to eight years behind their EU counterparts. In the EU, already 75 percent of cards support the EMV standard, and more than 90 percent of terminals, whereas in the U.S. only 30 percent of merchants support EMV. So we hear frequent stories of U.S. travelers in Europe unable to pay for the simplest of purchases or transactions with long-outdated card tech. Worse for the U.S. card industry is that the industry is paying 3c of every transaction in preventable fraud right now due to outdated signature and mag-stripe tech.

Maybe Apple is simply waiting for NFC to become mainstream before it jumps in. That's undoubtedly part of the reason, but I think there are other explanations that present real problems for the incumbent card networks and banks.

NFC is sometimes referred to by skeptical industry pundits as Not-For-Consumers. But the technology is sound, has been around for more than a decade, and is a logical transition when you are trying to move consumers from a plastic "swipe" to a phone-based "tap."

Let me tell you why I think Apple baulked this time around with NFC. I think there are three main reasons, but they have little to do with the consumer-adoption angle:
Was it a good decision for Apple? That's highly debatable, although it isn't going to hurt iPhone 5 sales. Apple could have re-released the iPhone 3G and called it the iPhone 5 and it probably would have sold 20 million units without blinking.

So does this mean there's life left in cards?

Not a chance. In fact, the lack of NFC roll out is actually creating significant momentum behind a much more serious and disruptive trend. The trend to go cardless and POS-less completely.

While banks and networks have been debating the merits of NFC, and while US merchant acquirers and card issuers have been debating the roll-out of EMV and new POS technologies, there has been a quiet but steadily growing shift towards payment experiences that don't require a swipe or tap paradigm at all. Pay with Square, PayPal merchant payments, Amazon checkout, closed-loop mobile apps like Starbucks' app, or clever applications of back-end payments like Uber, Apple Store (app) and iTunes are rapidly growing in credibility, both at the POS and online through e-Commerce.

The beauty of NFC, for the banking industry, is that the industry could simply have migrated customers from card to phone and all the existing value chain stayed in place. You still needed a bank relationship, they issued you a card number (or Primary Account Number -- PAN, as it is known in industry speak) and you still went along to a merchant and used you bank generated account (now theoretically on a mobile phone with an NFC chip) to pay a merchant through their POS terminal. It is a simple way to keep the card and swipe paradigm going and it meant that both the issuing banks and the card networks kept getting interchange fee because there was no alternative to their incumbent rails.

The problem for the industry is that right now we're doing away with the swipe paradigm altogether, primarily because there wasn't a rapid enough adoption of NFC-enabled payments. We've simply circumvented the poor user experience of the swipe card, for a richer user experience on the mobile device.

The driver for reinventing payments is not putting the card into the phone to get rid of the plastic in our wallet -- it is about reinventing and leveraging a payment instance married with data. The trouble for the incumbents is that you just don't need a card, a swipe or even a POS terminal when it gets down to it. A rapid transition to NFC would have saved the swipe-at-a-POS paradigm by allowing for a rich data support envelope around the payment.

With the poor industry adoption of next-gen POS payment tech, consumers and innovators are seeking that user experience without the swipe at all.

Maybe no card is better anyway

If you've tried Uber, for example, you would have pre-registered your account online or through an app and then the time comes for your first trip in an Uber car around town. You book a car through the app, and it shows you the driver coming your way via GPS and how far away he is. Then you're in the car and off to your destination. When you arrive you exit the car and you receive a receipt for the trip on your phone via the app. No card, no swipe, a seamless payment and ride experience. It's the new paradigm of payment -- seamless, frictionless, and information rich. 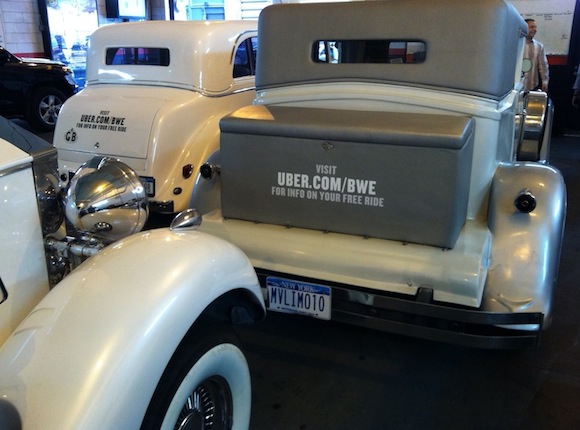 Alternately you may have recently walked into Starbucks to order a no-whip, skim soy mocha Frappuccino and a bagel (toasted), but at the point of sale you simply pull out your phone scan the app-generated bar code and you're off. Soon you'll be able to just say your name via Pay with Square at the register and the payment will be processed.

Whether it is Square, PayPal, Uber, Dwolla, Venmo, iTunes, Apple Store, Starbucks, or any other app-enabled digital wallet, we're finding that we don't need to swipe to pay.

The problem, however, for banks is that value stores such as Dwolla, Venmo, PayPal, iTunes only require you to pay a fee to the bank every time you top-up your value store account. Then, if you're using a digital wallet to pay, you avoid interchange at the transaction level.

For solutions like Pay with Square, Apple Store, and Uber, there is obviously ongoing interchange fee for the network, but because the swipe paradigm has been removed, the back-end rails could be replaced with another P2P (peer-to-peer) payment network solution that avoids the Visa and Mastercard rails all together, perhaps through use of the cloud.

In fact, the fastest growing payment class today would simply be classified as peer-to-peer electronic payments. Increasingly merchants and consumers are going to be seeking simply to make a payment and the incentives to pay in real-time directly from one bank account to another. This is fast becoming the holy-grail in payments. The problem is that ultimately a P2P real-time payment could entirely circumvent the card networks.

So whether you are a bank or a card network, the decision of Apple to avoid NFC probably just killed your chances of keeping the status quo of interchange via the card/swipe paradigm.

The likelihood is that the digital wallet, whether via a smartphone-initiated payment or simply built contextually into shopping experiences, has got too much momentum now to save the swipe paradigm. The next step is simply to avoid interchange, the networks and traditional value stores all together. That's where merchants and start-up want to take this, and they're all leading with a better user experience than the existing incumbents. It's all up for grabs now...