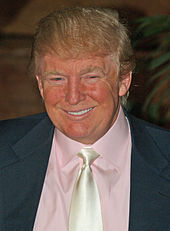 All the people, and the Jews, arrived at Mar-a-Lago in holiday splendor.

The cheerful President-Elect greeted his daughters, silently rating each on a 1-10 scale, as he had always done. "They're all elevens," Donald thought, "Thanks to my superior genes," not sharing any credit for his trophies with his trophy wives.

There were of course no Muslim guests. According to Trump family tradition, soon to be codified into federal law, Muslims can't celebrate American Thanksgiving.

The guests sat around the sumptuous table as legal aliens briskly served the appetizers. They had the touch of glee that comes with a job, not knowing The Trump Foundation, sponsors of the banquet, would shortchange them on wages, daring them to sue. "This'll look great on your resume," Maitre d' Chris Christie would later tell them on their impoverished way out.

A joyously rotund chief of staff Steve Bannon brought white wines and white whines to share. He was accompanied by a phalanx of alt-fourth reichtists, who took their stations every six feet, each under a gilded portrait of Our Glorious Leader.

As the banquet began, the Lord Don gave the traditional family blessing. "O Me, thank Me for the gifts of My bounty which you enjoy at My table. As I have provided for you in the past, so may I sustain you throughout your lives. While you enjoy My gifts, may you never forget the needy and those in want. But if you spend a dime of My money on them, I'll cut you."

Donald's toast received a well-deserved standing ovation. Melania was moved to tears by the invocation, or else she sat on a piece of zucchini, or maybe that was coincidence.

Everyone had their own personal turkey so they could be assured of getting all the fowl body parts they wanted. Donald had the biggest bird, which seemed even larger in his miniature hands. After the bird heard it was going to be the President-Elect's meal, it was shot trying to flee.

Nobody dared utter the word "Butterball" because of the unfortunate incident last year. When one of the lesser relatives said The Word That Cannot Now Be Spoken (Butterball), Donald reflexively turned around, thinking the child was calling out to him. That dinner ended early, and the child was banished, along with his health insurance, college fund and family inheritance.

The child learned you cannot use the word "butterball" around a fat orange man with a golden crust of hair, lest he take it as a personal insult.

The talk at the dinner table centered around the campaign. They reminisced about joyful plans to deport Mexicans and Muslims, chants of "build the wall" and "jail her now" and the beatings of liberal protestors, good times.

Thanks were given to the campaign staff and the voters, deplorable or not Someone mentioned the word God for the first time in anyone's memory. Jared Kushner tried to explain the concept under the watchful, and wary, Bannon glare. No one seemed to follow the discussion except the servers.

As the guests left, Donald decreed that the leftover turkey would be donated to The People in exchange for a generous helping of tax deduction stuffing.

And everyone knew that this would not be the last time that Donald gave America The Bird.